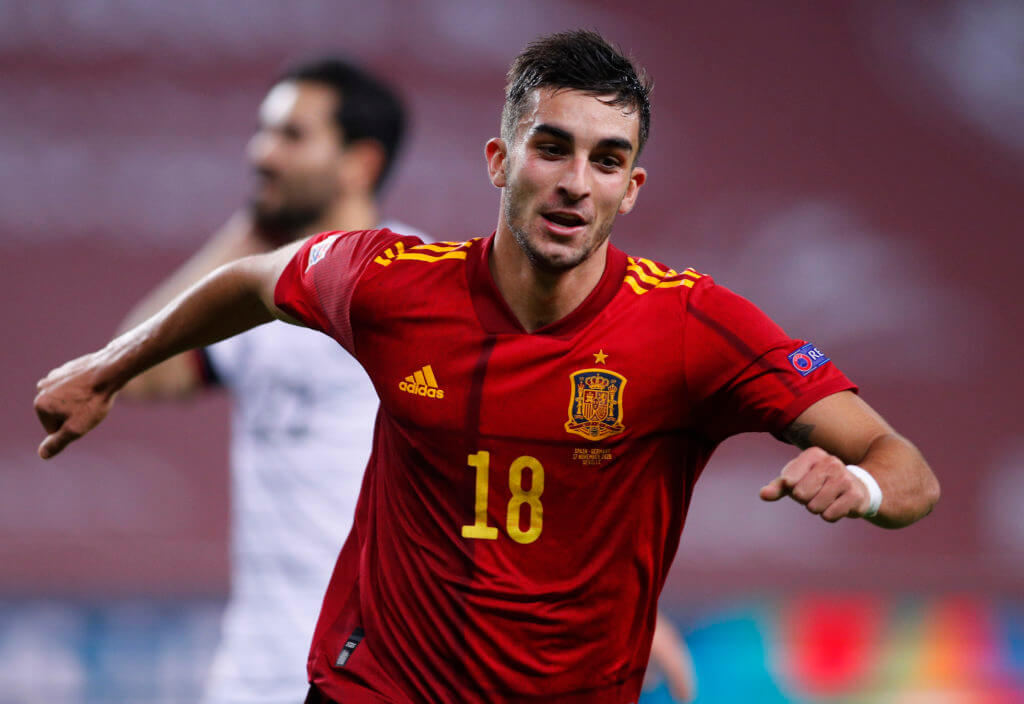 Former Chelsea forward Alvaro Morata scored the first goal for Spain, while Torres’ club teammates Rodri and Mikel Oyarzabal scored the other goals to inflict a heavy defeat for Germany.

However, the night belongs to the former Valencia winger Torres, who has once again reminded everyone what a special talent he is.

Ferran Torres with a beautiful finish on the half-volley for Spain’s second. Germany at sixes and sevens but this front three of Morata, Ferran and Dani Olmo is running riot. Delicious ?? #SPAGERpic.twitter.com/GKTKjhXHPz

Ferran Torres’s second absolutely put on a plate by his former clubmate José Gayà but this is old-school Spain, selfless, liquid, magical. The flick from Fabian, the square ball. Slick ??pic.twitter.com/7K80fuXGxI

Absolutely brilliant team goal from Spain. From GK to the back of the net in 12 seconds with the ball barely leaving the ground.pic.twitter.com/w5W8i8r8jq

During the summer, a host of clubs showed interest in signing Torres but no one really made the move. Manchester City eventually secured his signature, with Pep Guardiola’s side paying £20m for the winger.

He used his speed with intelligent movement and a delightful eye for goal to steal the show against Germany, and it only gives credence to the idea that City have got themselves a bargain from Valencia.

Blessed with raw pace and trickery, his excellent technique for the third goal must have pleased the Manchester City fans. Torres has now taken his international tally to four goals, and one can expect more to follow from this prodigiously gifted talent in the coming years for both club and country.

The best part of Torres’ game is his versatility. He is a natural attacking winger who can operate from both flanks, but he is also comfortable playing as a lone striker. At City, the 20-year-old is seen as a direct replacement of Leroy Sane who joined Bayern Munich in the summer.

While Pep Guardiola is pleased with his contribution, the youngster is yet to make a strong impact at his new club.

In the Premier League, he has just one assist to his name in five appearances and gives the impression that he needs more time to adjust to a new system. However, he has been effective in the Champions League so far, scoring against FC Porto, Marseille and Olympiakos.