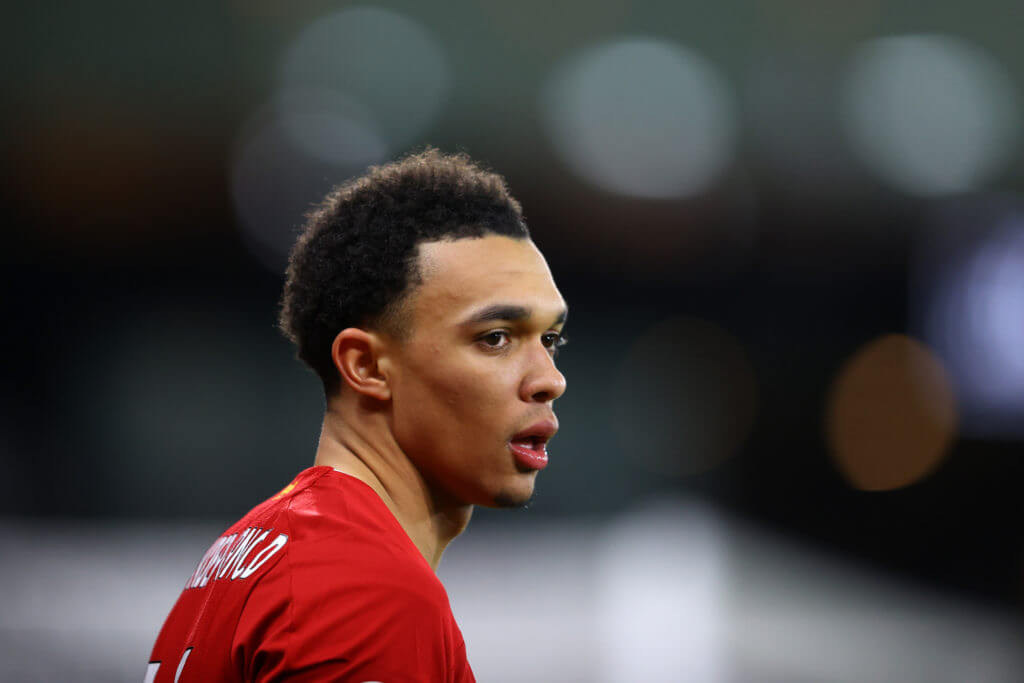 The England international right-back was impressed with the display produced by Williams during Liverpool’s win against FC Midtjylland at Anfield in the Champions League on Tuesday evening.

Jurgen Klopp’s side got the better of Midtjylland 2-0 at home in their second Group D game.

After a goalless first half, Diogo Jota put Liverpool in the lead on 55 minutes, and Mohamed Salah doubled the advantage in the third minute of injury time.

Williams started the match on the substitutes’ bench, but the 19-year-old central defender came on after just 30 minutes.

Fabinho was deployed as a centre-back in place of the injured Virgil van Dijk, but the Brazil international had to go off due to a hamstring problem.

Williams came on for Fabinho, and Liverpool right-back Alexander-Arnold was impressed by his performance.

“He wasn’t with us much last season but he came in this season and showed how good a player he is. The manager obviously trusts him a lot and he’s been playing a few minutes.

“To be thrown in at the deep end on the biggest of stages is tough to do, tough to perform, but he never really put a foot wrong. So I think he’ll definitely be in the manager’s thoughts hopefully come the weekend and further on.”

Williams is only 19 years of age and is very inexperienced, but he did not show that against Midtjylland.

The centre-back was calm and composed on the ball, was strong and confident when faced with an attacking move, and showed a lot of maturity overall.

According to WhoScored, the teenager had a pass accuracy of 86%, won two headers, took 60 touches, and made one tackle and one interception.

One for the future

With Van Dijk likely to be out for the rest of the season, as reported by The Guardian, Liverpool could do with a replacement centre-back.

It is likely that Fabinho will play in the Dutchman’s place, but it would be good to have a back-up to the Brazilian.

Williams is one for the future, and learning from Fabinho and working under manager Jurgen Klopp could help him develop into a very good central defender in the coming weeks and months.