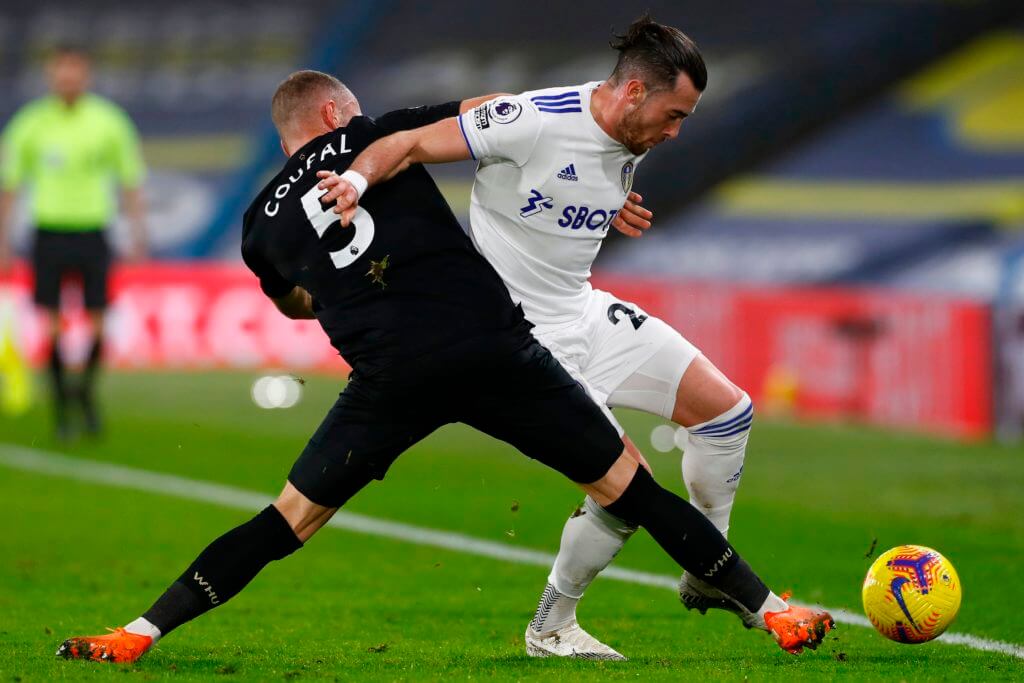 The Whites took an early lead through Mateusz Klich who scored from the spot after Patrick Bamford was brought down by Lukas Fabianski. It needed help from VAR, although David Moyes said after the match that the officials are making “terrible decisions”.

The first effort from Klich was tame and it was easily saved by Fabianski. However, VAR suggested that Fabianski was off the line when the kick was taken, allowing Klich to re-take the penalty. Klich didn’t make any mistake in the second attempt.

They can notice Fabianski is an inch off his line but can’t see Bamford is a couple of yards inside the penalty area before Klich re-takes the penalty ?

I’m half-saying this because of where #WBA are right now but the Championship becomes more appealing each PL game I watch pic.twitter.com/ZDXGgrTXLi

However, the same old problem resurfaced as West Ham exploited Leeds’ vulnerability from set-pieces. Tomas Soucek scored the equaliser to make it 1-1 at the break. The Whites failed to learn from their mistakes as Angelo Ogbonna scored the winner with a towering header from yet another set-piece.

Many Leeds fans were disappointed with the performance of Jack Harrison against the Hammers. The 24-year-old struggled to make an impact and was replaced at the break, with Helder Costa taking his place.

Harrison – who looked dangerous in the opening few games for Leeds – did not have a real impact in the game. In fact, his performances in the last few games have been really disappointing, with many Leeds fans suggesting that he should be dropped to the bench.

Here are some of the selected tweets:

Worst performance of the season. Klich, Harrison been off the boil for a few games now. Roberts, Costa not good enough replacements. Raphina’s quietest game so far. Need big improvements for the Newcastle game #lufc

Clearly a talent player but looks a shadow of his normal self at the moment.

I’ve always liked Jack Harrison but what does he bring to Leeds? He’s struggled recently.. For me it should be Raphinha & Poveda on the wings, two players who can cause any defence problems #lufc #mot

Harrison Off; Costa On. I think Jack needs an early bath and some less pressure on himself. He is a quality player but he is struggling at the moment and could do with a break #lufc

Awful first half. Harrison been piss poor for weeks now, struggle to see what Alioski has to offer, Klich struggling for form, defence worries me…….changes need to be made if we’re gonna take this game! #LUFC

Harrison has been poor for a couple of games now

Harrison and Klich have been awful

Harrison is generally good with his crossing and direct runs. But in the last few games, he has often hit the first man and looked aimless with his runs.

To be fair, his replacement, Costa was even more disappointing as he gave away the freekick from which Ogbonna scored with 10 minutes remaining.

It looks like Harrison is struggling with his confidence, and Bielsa should use him from the bench in the next game against Newcastle.