Report: West Ham hoping to sign player whom PL manager hailed as ‘hell of a talent’ 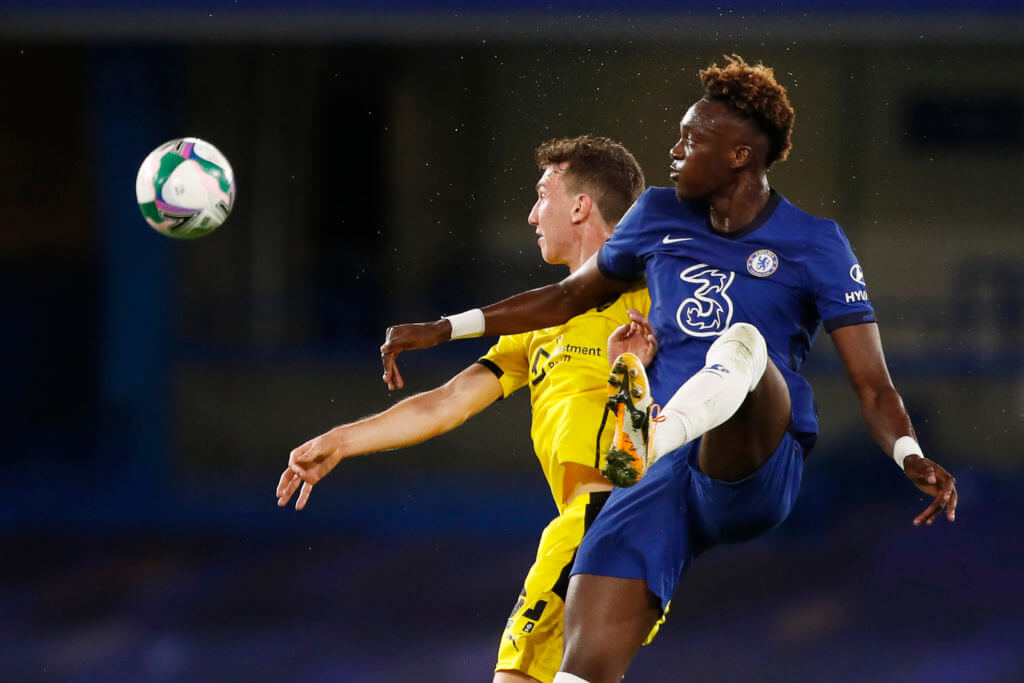 West Ham United are interested in signing Tammy Abraham from Chelsea, according to reports from the Daily Mail.

Abraham, who scored 18 goals in 47 Chelsea appearances last term, fell out of Frank Lampard’s starting line-up towards the end of last season behind Olivier Giroud.

The 22-year-old could further drop down the pecking order behind Timo Werner who joined this summer on a big-money deal from RB Leipzig.

The England international striker has only managed just 11 minutes of Premier League action this season.

He started against Barnsley in the Carabao Cup in which he netted his first goal of the season. He provided two assists, with Kai Havertz scoring a hat-trick.

Villa enquired about signing Abraham earlier this summer, but probably their interest has died down following the arrival of Ollie Watkins from Brentford.

West Ham need a solid striker, and Abraham could be a good option for the Hammers. Abraham scored 26 goals while on loan at Villa during 2018-19, and Dean Smith described him as one “hell of a talent.”

The Hammers fear that Chelsea may use this opportunity to negotiate a deal for Declan Rice who is Frank Lampard’s next major target.