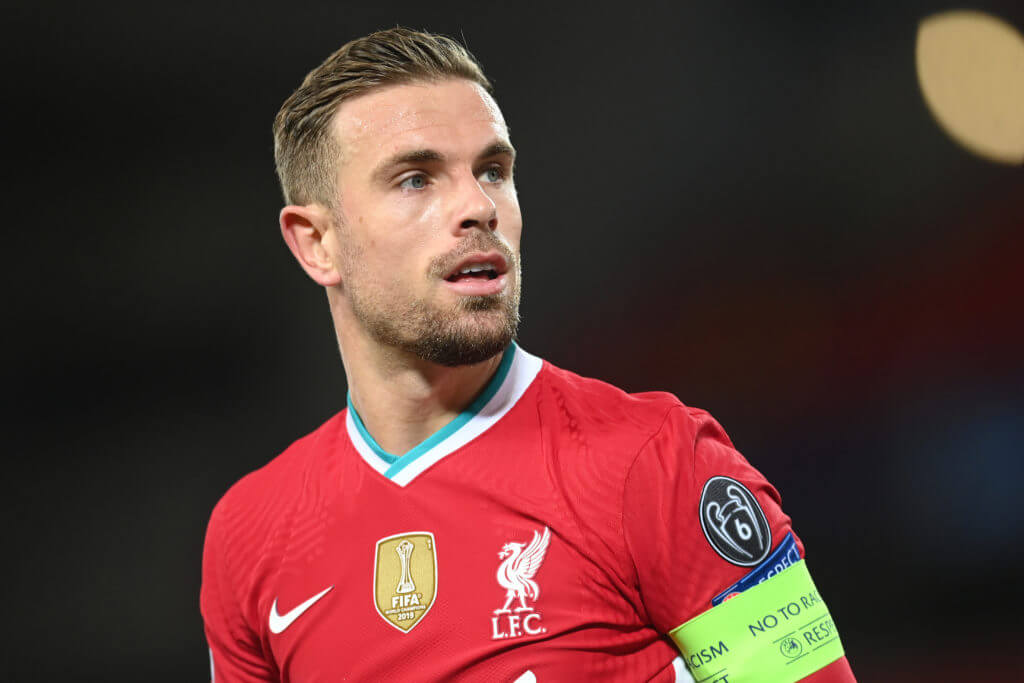 Liverpool midfielder Jordan Henderson is reportedly set to miss the Premier League clash at Anfield on Sunday against Leicester City with a groin injury.

The Reds skipper picked up the injury whilst on international duty and returned to Liverpool on Monday after being withdrawn from Gareth Southgate’s England squad.

While fans were hoping that Henderson would be fit for the weekend clash, The Times now suggest that the 30-year-old is likely to be ruled out.

Who else could miss the game?

The Reds are almost certain to be without Mohamed Salah against the Foxes after the Egyptian tested positive for coronavirus for a second time.

Given that Salah will have to self-isolate and maintain a ten-day quarantine period as per government protocols when he returns to the UK (and he cannot return from his homeland, Egypt, until he tests negative), it rules him out till the end of November, meaning he will miss the Atalanta and Brighton games as well.

The Reds are also missing Trent Alexander-Arnold with a calf injury – the highly-talented right-back is out for another three weeks. His back-up option, Neco Williams, took a ‘sore’ kick on his foot against the Republic of Ireland on Sunday, and he was an unused substitute during Wales’ 3-1 home win over Finland. Liverpool are likely to keep a close tab on his fitness and will be hoping that he can shake off the knock.

Rhys Williams missed England Under-21’s win over Albania on Tuesday night with a hip problem and the 19-year-old is doubtful for the game.

However, Liverpool’s biggest setback happened during the international break, with Joe Gomez picking up a season-threatening knee injury. He has undergone a knee operation after rupturing his patellar tendon and joins Virgil van Dijk as a long-term absentee.

Andy Robertson, the Liverpool left-back – who picked up a hamstring injury ahead of Scotland’s clash against Slovakia – returned to action on Wednesday against Israel, handing the Reds boss, Jurgen Klopp, a massive selection boost.

While Liverpool’s injury crisis has been well documented, their opponent on Sunday aren’t having an easy ride either.

The Premier League leaders have flourished despite their distraction of Europa League football on Thursdays.

The Foxes are also missing a host of key players, and their defence has been reduced to bare bones as well. Despite their ongoing problems, Brendan Rodgers’ side have picked up six wins out of eight in the Premier League, and have won all of their European games so far.

Rodgers will bring a Leicester squad at his old club sans the quartet of Timothy Castagne, Caglar Soyuncu, Christian Fuchs and Ricardo Pereira. Jonny Evans is suspended, while the mercurial talent Wesley is now facing a scan on his knee after being forced to pull out of the France Under-21 squad.

With both sides being badly ravaged by injuries at the back, a goal-fest at Anfield would be nice to spice up the top-of-the-table clash on Sunday.