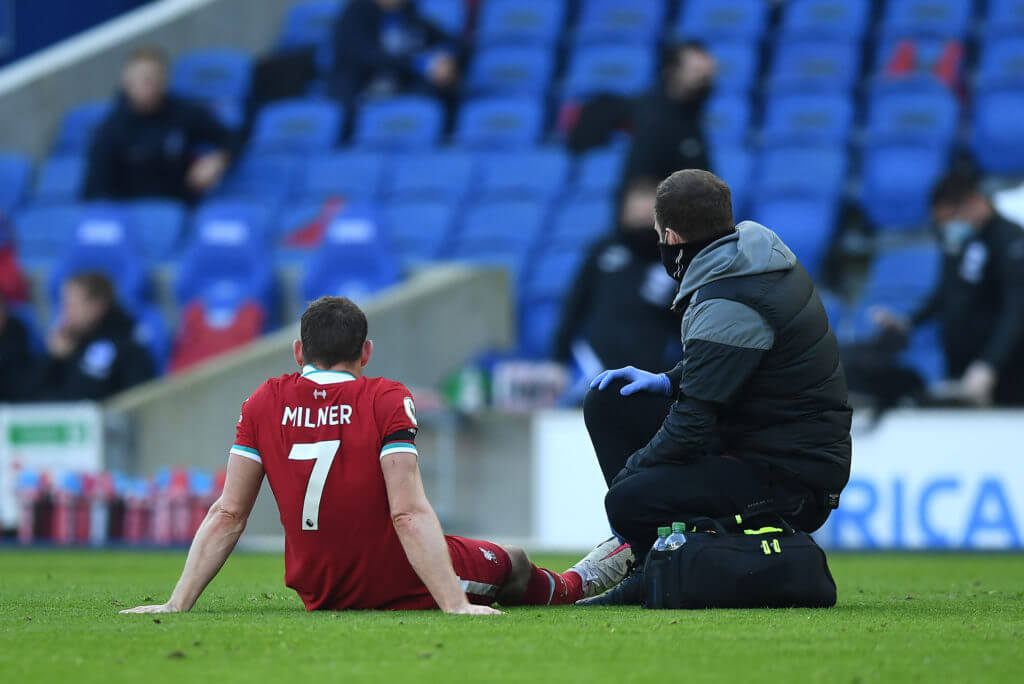 Liverpool will face Wolverhampton Wanderers in their next Premier League game on Sunday at Anfield.

The Reds returned to winning ways in the midweek after they defeated Ajax 1-0 in the Champions League on Tuesday.

The victory ensured a passage to the knockout rounds of the competition, and Liverpool will be looking to keep the winning momentum going when they face Wolves.

Liverpool’s squad has been badly ravaged by injuries, and once again, Jurgen Klopp is expected to be without several key players for this game.

According to Liverpool Echo, Liverpool midfielders – James Milner and Xherdan Shaqiri – are major doubts for this game.

Naby Keita – who missed Liverpool’s last two games with a hamstring injury he picked up against Leicester – could return to action this weekend. Jordan Henderson impressed against Ajax, but the Liverpool skipper took a knock on his back and will have his fitness checked.

Thiago Alcantara and Alex Oxlade-Chamberlain are still unavailable, but it won’t be long before they return to full first-team training.

The Reds first-choice goalkeeper Alisson Becker picked up a hamstring injury and he will be out for a while. Adrian is usually the back-up option for the Reds, but young Caoimhin Kelleher – who was superb against Ajax – should retain his place between the sticks.

In defence, Klopp could receive a massive boost with Trent Alexander-Arnold ‘expected to return’ to training this week. The young right-back is likely to replace Neco Williams if he returns to action.

With so many midfielders out injured, one cannot help but appreciate Gini Wijnaldum’s effort – the Dutchman has played in all the games after the international break (played in all games for Holland as well). His energy, tenacity, and fitness is admirable and definitely deserves an improved contract.

Williams has done reasonably well (provided the assist for Curtis Jones’ winner against Ajax) in recent games, but Trent’s potential return couldn’t have come at a better time.