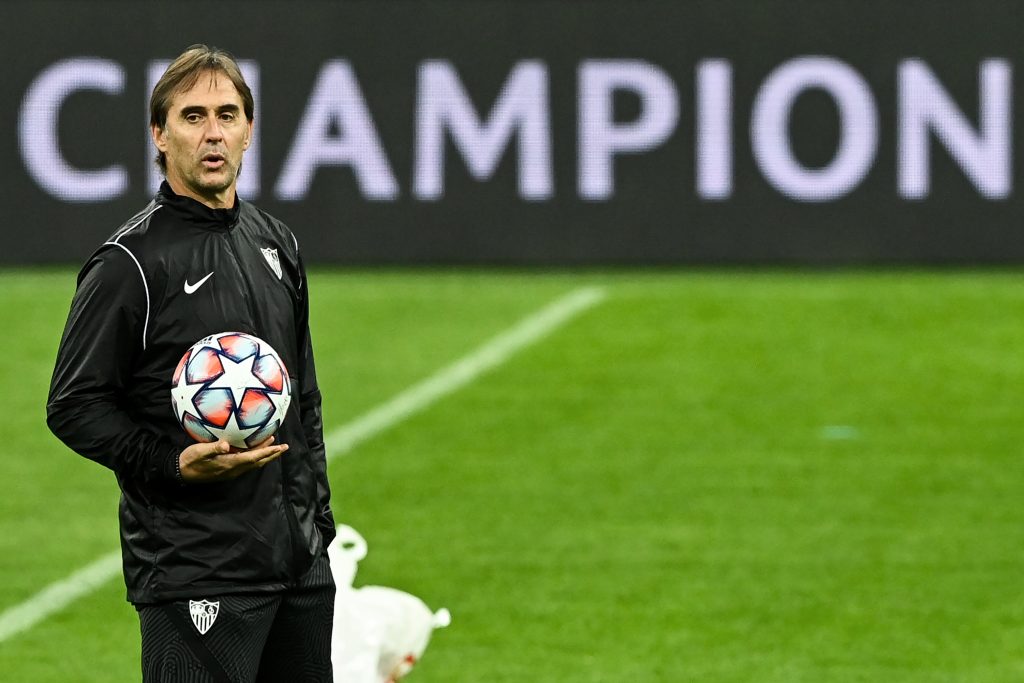 According to The Sun, Leeds United want Sevilla manager Julen Lopetegui to replace Marcelo Bielsa at Elland Road if the Argentine leaves when his current contract ends.

The 65-year-old guided the Whites to Premier League promotion at the end of last season after failing in his first attempt in 2018-19, and he signed a new contract to remain at the club for the 2020-21 campaign.

Bielsa is in his third season at Leeds, and it remains to be seen if he will be keen to stay for 2021-22.

The Yorkshire giants would love to hold on to him for as long as possible given how he has turned things around since his arrival, but they have got a contingency plan in place should he opt to move on, with Gerrard also considered by Leeds management.

The Sun claims that Lopetegui is a favourite of Leeds owner and chairman Andrea Radrizanni as a potential replacement for Bielsa, and it’s not hard to see why.

The 54-year-old led Sevilla to the Europa League title last season, beating Manchester United in the semi-finals before pipping Inter Milan to the top prize.

His side went head-to-head with Bayern Munich in the UEFA Super Cup, and the Germans were made to sweat before clinching a narrow 2-1 victory in extra-time.

The former Real Madrid manager was close to leading Spain to the World Cup in 2018, only to be fired a few days to the tournament for accepting the Santiago Bernabeu job.

While he lasted just four months in charge of the La Liga giants, Lopetegui has re-established himself at Sevilla, and he has what it takes to take Leeds to the next level should he succeed Bielsa.

He has around two years left on his current contract, and the Elland Road outfit will have to part with some compensation should they go after his signature in the summer of 2021.

The Spaniard, alongside Bielsa, is on the five-man Best FIFA Men’s Coach award nominees list after an impressive 2019-20 season, and he could be working in the Premier League sooner or later having come close to joining Wolverhampton Wanderers in 2016 before Spain came calling.