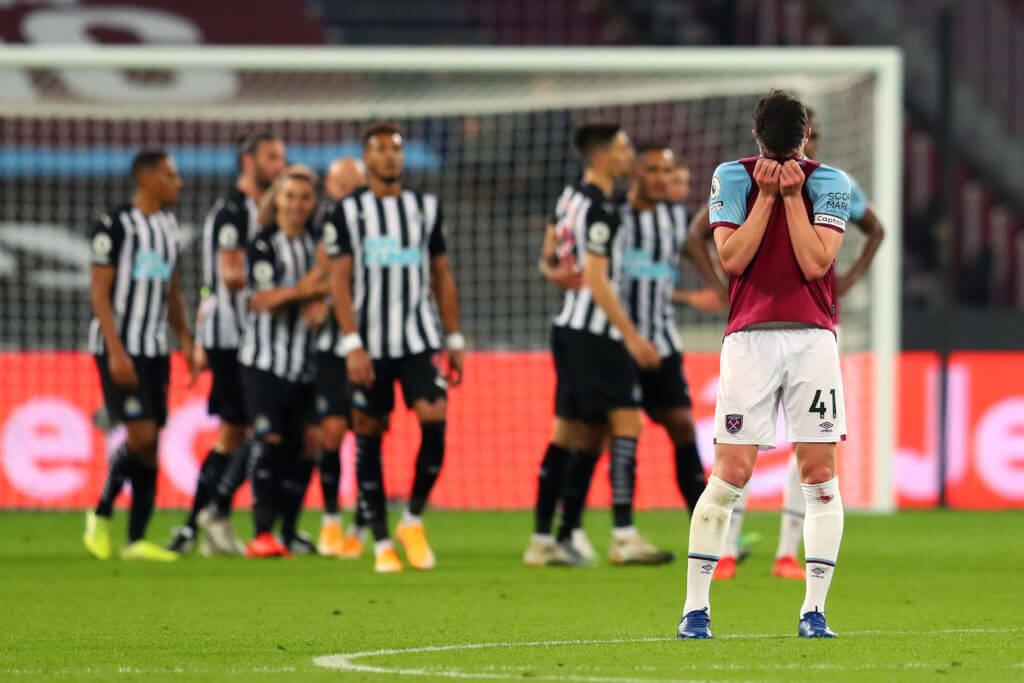 Mark Lawrenson has predicted on BBC Sport that Newcastle United will win against Everton this weekend.

Newcastle will lock horns with Everton at St. James’ Park in the Premier League on Sunday afternoon.

Liverpool legend Lawrenson believes that the Magpies will create chances and pick up all three points from the encounter courtesy of a 2-1 win.

Lawrenson wrote on BBC Sport: “Lucas Digne joins Richarlison in being suspended for Everton after his red card in their defeat against Southampton.

“Everton have still made an excellent start to the season despite losing that game but I have a feeling they will end up empty-handed here too.

“When they need a bit of luck, Newcastle seem to get it – against Tottenham and then Wolves, when they nicked a point from both.

“Steve Bruce’s side hang in there in a lot of games, which is essentially what they did under previous manager Rafael Benitez too.

“But Bruce is trying to be a bit more offensive at times in certain games, and I think we’ll see the Magpies create some chances on Sunday.”

Newcastle are 14th in the Premier League table at the moment with eight points from six matches.

Steve Bruce’s side will head into the match against the Toffees on the back of a 1-1 draw with Wolverhampton Wanderers away from home at the Molineux Stadium in the league.

Prior to that match, the Magpies had suffered a 4-1 loss at the hands of Manchester United at St. James’ Park in the league despite taking the lead.

Everton find themselves at the top of the Premier League table at the moment with 13 points from six matches, level on points with defending English champions and Merseyside rivals Liverpool, who are second on goal difference.

The Toffees won their opening four league fixtures before drawing with Liverpool.

However, last weekend, Carlo Ancelotti’s side went down 2-0 to Southampton away from home at St. Mary’s Stadium in the league.

The Saints scored both their goals in the first half and were the better side over the course of the 90 minutes.

Newcastle will have home advantage against Everton, but the Toffees do have a better team.

The Merseyside club will be determined to bounce back from the defeat to Southampton and return to winning ways, as they aim to finish in the top four of the Premier League table this season.

An early goal for Everton could make it very tough for Newcastle to pick up all three points from the game.