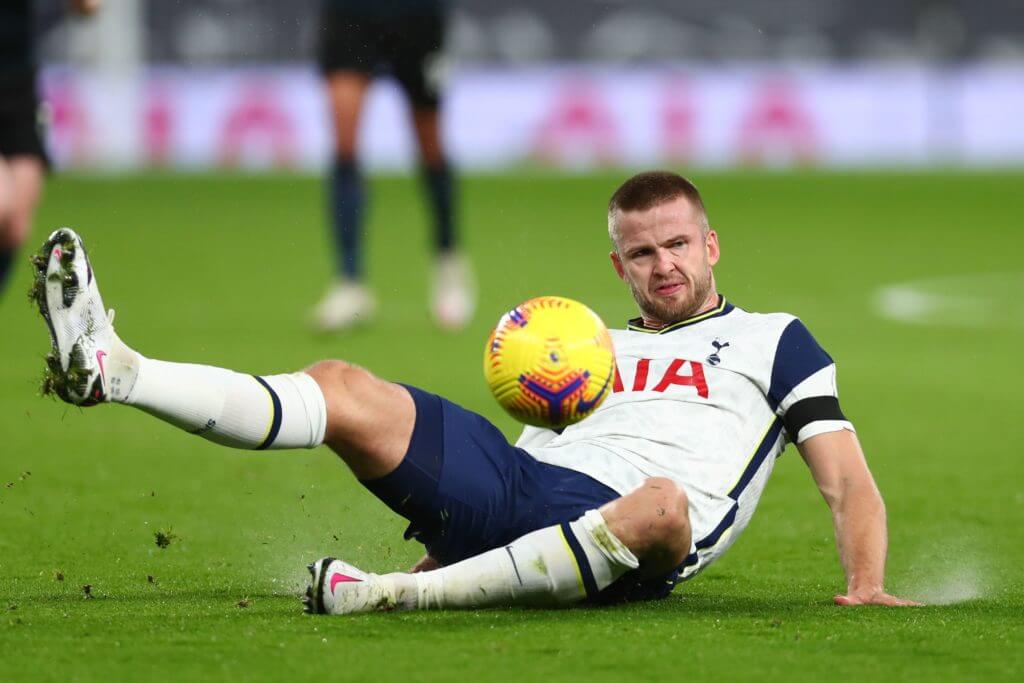 Eric Dier has showered praise on Tottenham Hotspur defender Joe Rodon, saying the Welshman has impressed him a lot in training.

Spurs signed Rodon during the summer transfer window for a reported fee of £11m from Swansea City.

The 23-year-old centre-back – who has 10 caps for Wales already – has managed just two substitute appearances in the Premier League thus far. However, he could feature prominently for a while now with Toby Alderweireld facing spells on the sidelines.

The Belgian defender suffered a groin injury during Tottenham’s 2-0 win against Manchester City on Sunday, and Rodon replaced him.

Dier – who has formed a brilliant centre-back partnership with Alderweireld this season – feels that losing the Belgian would be a huge blow for the club. However, he is hopeful that Rodon will step up and fill the void.

The England international admitted that he hasn’t spent a lot of time with Rodon, but the young defender has impressed him in training. There is a lot of buzz around the youngster’s potential with Dier confirming that Rodon’s club and international teammates – Ben Davies and Gareth Bale – spoke highly of him.

“It’s difficult as we haven’t really spent a lot of time together since he arrived. From what I can see, he’s very humble, very hard-working. From what I can see he has a fantastic mentality to want to work, to improve,” said Dier to Football London.

“From what I’ve seen [of him] around the training ground, all of those things have been fantastic, and I know the Welsh boys Ben and Gareth speak very highly of him. So excited for him to be able to help the team.”

Mourinho signed as many as seven new players in the summer, and Spurs now have tremendous depth in their squad.

While Rodon is expected to feature prominently in the absence of Alderweireld, Mourinho has other options in Davinson Sanchez and Japhet Tanganga.

Mourinho has an impressive track record of performing well in his second season at a club, and it remains to be seen whether Spurs can maintain their winning run and mount a successful challenge for the Premier League title.

Tottenham are top of the Premier League table (ahead of champions Liverpool on goal difference), and the next six Premier League fixtures are a critical test of their title credentials. Mourinho’s side will face three London derbies in a row, starting with Chelsea at Stamford Bridge, followed by the north London derby at home and then away to Selhurst Park against Crystal Palace.

These are the games where pride and passion supersede form, and the results can go either way. After that, Spurs travel to Anfield to face the Champions where Liverpool haven’t lost for over three years now. Next, Spurs welcome another potential title challenger in Leicester City, followed by a tough trip to Molineux to face Wolves.

If Spurs can pick up 12-15 points out of the possible 18, then surely they would be recognised as a genuine contender for the Premier League title. On the other hand, if results don’t go their way (which is a possibility), the gap with other potential rivals – especially Liverpool and Chelsea – will increase and the title challenge could be nipped in the bud.