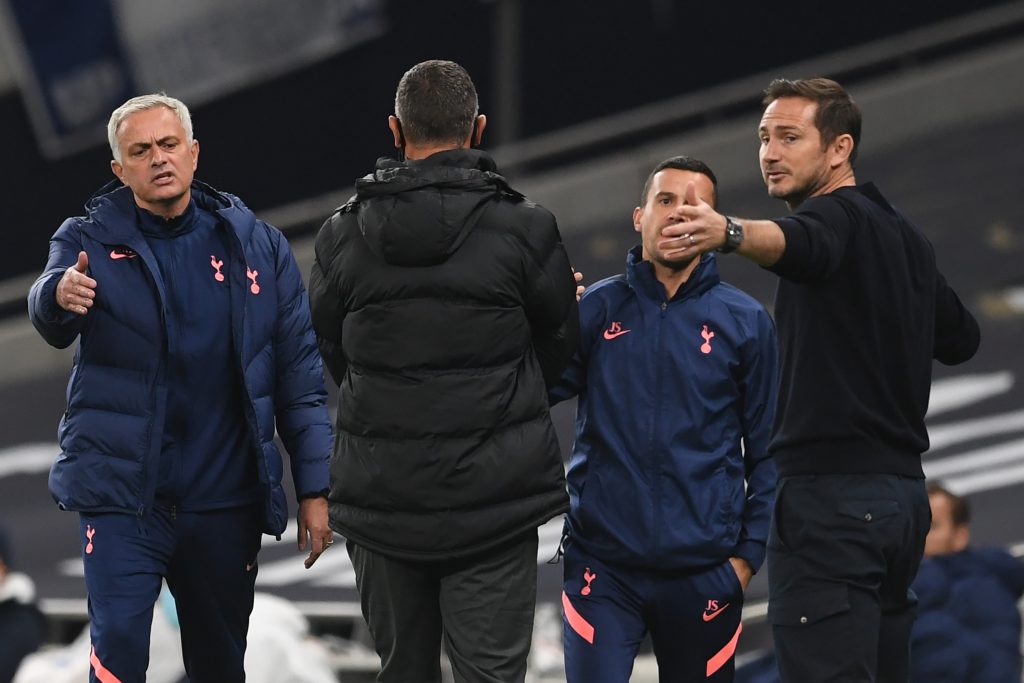 Chelsea host Tottenham Hotspur on Sunday and will attempt to extend their unbeaten run across all competitions in 2020-21 to 14 games.

The Blues have lost just once in the Premier League this season, winning five games and drawing thrice, but facing Jose Mourinho’s Spurs is a different ballgame as the North London side are also on an impressive run at the moment.

Tottenham have won six league games, drawn twice and lost once, and are currently top of the league table, ahead of Liverpool on goal difference and two points ahead of Chelsea.

Chelsea have scored most league goals (22) while Spurs have conceded the least (nine) so far, and manager Frank Lampard will be more than keen to get one over his former boss from his playing days at Stamford Bridge.

Mourinho will also be more than desperate to prevent that from happening, though, and a fierce London derby should be expected as master and student try to outwit one another once again.

Chelsea have been handed a huge boost as Christian Pulisic has fully recovered from a hamstring strain he sustained in the warm-up ahead of the game against Burnley on October 31.

The American is expected to feature against Spurs, but it remains to be seen whether he will be included in the starting XI or settle for a substitute role.

Kai Havertz could be handed his first start on Sunday since returning to the squad after recovering from coronavirus.

Tottenham remain without the injured Toby Alderweireld and that could see summer arrival Joe Rodon make his first Premier League start at the expense of Davinson Sanchez.

Spurs were without the trio of Giovani Lo Celso, Hugo Lloris and Steven Bergwijn for Thursday’s Europa League 4-0 victory over Ludogorets Razgrad, but they are all expected to be in contention for the trip to Stamford Bridge.

Erik Lamela is also a doubt for the game, but that won’t come as a huge blow as Mourinho has plenty of options in attack.