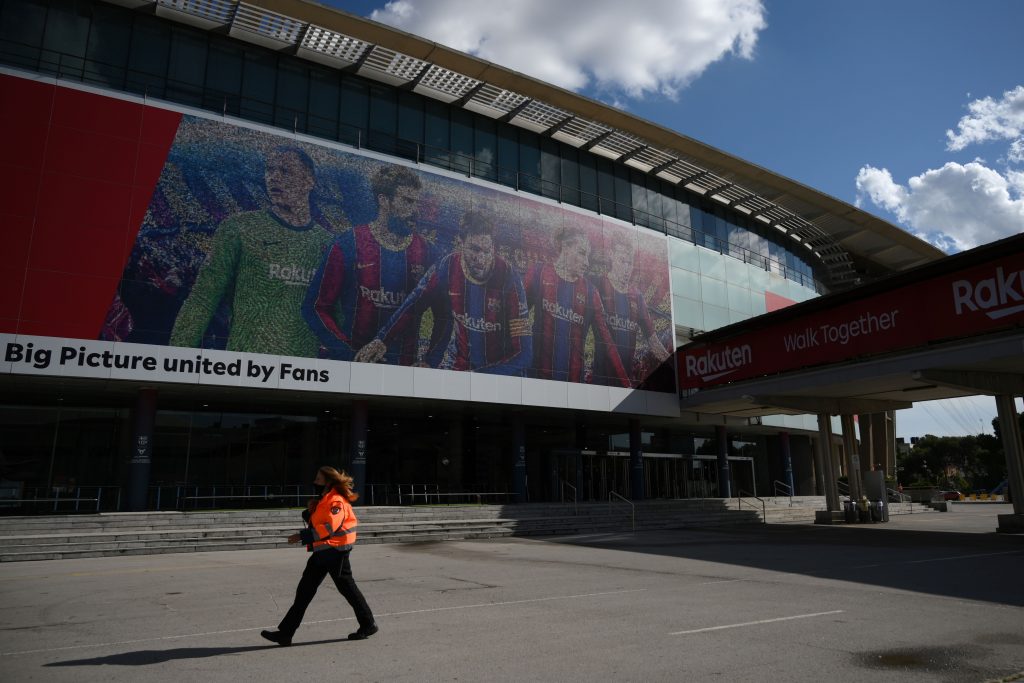 We have an exciting weekend ahead across the continent, with a heavyweight clash in England between Manchester United and Chelsea at Old Trafford.

Over in Spain, it will be an El Clasico derby between Barcelona and Real Madrid, who both head into this fixture in poor domestic form.

Arsenal and Leicester should create some excitement, with the Foxes visiting the Emirates on Sunday.

In Serie A, unbeaten AC Milan welcome Roma to the San Siro.

Lastly in Germany, current European and Bundesliga title-holders Bayern Munich host Eintracht Frankfurt, who have yet to lose this term.

The Red Devils have got off to a slow start this season in the Premier League, currently sitting in 15th place with just two wins out of four. But, their recent form will give them some much-needed confidence heading into this weekend’s clash with Frank Lampard’s Chelsea.

Man United buried Newcastle 4-1 on matchday five thanks to three goals in the last 10 minutes, then marched into the Parc des Princes and took out PSG in their UCL group stage opener on Tuesday. Two straight victories will have Ole Gunnar Solskjaer feeling optimistic about his club moving forward, especially considering the success they’ve had against the Blues in recent fixtures.

?️ Ole on Saturday’s opposition: “Football is settling and teams are getting into their shape.

“It’s going to be a tough game — we played them four times last year and know them very well.”#MUFC #MUNCHE pic.twitter.com/21vS3zdnjs

Chelsea went out and splashed the cash this summer in order to strengthen their squad. From Timo Werner to Thiago Silva, the Blues added vital pieces all over the pitch. Their attack is very congested with a boatload of players to choose from each and every weekend, but their backline has once again been an issue.

Chelsea blew a 2-0 lead last weekend against Southampton, eventually tying 3-3 after conceding an equaliser in the dying moments of injury time. They’ve let in nine goals in five matches, but have scored 13 times, which is definitely a positive. Lampard’s men will have their hands full against United on Saturday though, with the Red Devils looking to continue their winning streak and dominance against the Blues.

Man Utd have won three consecutive top-flight fixtures against Chelsea. The visitors have also not won a game at Old Trafford in their last seven appearances, drawing four times and losing three. With two vibrant frontlines, this should be one of the most exciting matches of the weekend across Europe.

It won’t have the same atmosphere without the fans, but nonetheless, this is a historic clash that always brings tons of drama. Barca finds themselves in ninth place in La Liga after a 2-1-1 start, which is very unlike them. They’re still getting used to life under new gaffer Ronald Koeman, but they will face their first real test against Los Blancos on Saturday.

The Catalan giants suffered a 1-0 defeat to Getafe last weekend but did grab a convincing 5-1 win in their Champions League group stage fixture against Ferencvaros on Tuesday. 17-year old Ansu Fati has looked brilliant early on, already bagging three goals in four league appearances. Brazilian playmaker Philippe Coutinho, who Barca were trying to loan out in the summer, has actually settled in nicely under Koeman, scoring once and tallying two assists.

Madrid head into this massive clash fresh off two straight defeats, losing to newly-promoted Cadiz last weekend, then also dropping three points in UCL play mid-week against Shakhtar Donetsk, where the Ukrainian side beat them 3-2. It couldn’t be a worse time to be in dismal form as they head into the much-anticipated El Clasico.

Barca hasn’t scored in their last two El Clasico’s, losing their previous match to Real Madrid in March, 2-0. But, Los Blancos are unbeaten in the last their last two appearances against their La Liga rivals. With each side heading into this fixture in dismal form, the result could be very unpredictable.

Although it’s early in the term, Arsenal and Leicester are currently tied in fourth place with nine points apiece. The Gunners head into Sunday’s clash fresh off a mid-week comeback victory in the Europa League over Rapid Wien. Last time out in England, Mikel Arteta’s side lost 1-0 to Manchester City, but did put forward a respectable performance. Pierre-Emerick Aubameyang has yet to get it going in the final third, scoring just once thus far.

It’s been Alexandre Lacazette who’s been tearing it up on the attack, bagging three goals already. New signing Thomas Partey made his first full appearance for Arsenal on Thursday and should feature in the starting XI this weekend against the Foxes. The Gunners have looked a lot more put together this season under Arteta and with numerous key signings, there’s a sense of positivity surrounding the club as they look to make a push for a top-four finish.

Leicester head into this match having lost their last two league appearances to Aston Villa and West Ham, failing to score in both. The absence of Jamie Vardy was felt against Villa and he will once again be a game-time decision on Sunday due to a lingering calf injury. The Englishmen has enjoyed a torrid start to the campaign, already netting five times as he looks to repeat his Golden Boot from last season.

Before these two defeats for Brendan Rodgers’ side, they were a perfect 3-0-0, even beating Manchester City along the way. Leicester did win their Europa League opener on Thursday in convincing fashion though, which should give them confidence for this clash in North London.

History is on Arsenal’s side, going unbeaten in their last 27 meetings with Leicester on home soil. The last Premier League fixture between these two ended in a 1-1 draw. The Gunners have been quite dominant against the Foxes and if Jamie Vardy doesn’t feature again, the hosts could have the upper hand here.

AC Milan has been arguably the most impressive side across Europe, currently first in Serie A with a perfect 4-0-0 record, also beating Celtic 3-1 in Europa on Thursday. Stefano Pioli’s men haven’t lost in 21 matches dating back to June, a remarkable run for a team that didn’t make any notable moves in the transfer window. Zlatan Ibrahamovic continues to score goals at a high rate despite being 39-years old, collecting a brace in their derby win over Inter last weekend.

Their longest unbeaten run since 1996 ? pic.twitter.com/PP2JONCvvB

Milan has conceded just one goal in league play, while scoring nine times. Their backline was seen as an area of concern that needed to be addressed in the summer, but the likes of Alessio Romagnoli and Simon Kjaer have looked solid defensively for the Rossoneri.

Roma suffered a 3-0 defeat to Hellas Verona on Matchday 1, but since, they haven’t lost in four matches across all competitions. They tied Juventus 2-2 the following weekend, then picked up victories over Udinese and Benevento Calcio. Roma then came back to beat Young Boys 2-1 in Europa League on Thursday. However, Paolo Fonseca’s side will be without two important defenders in Chris Smalling and Gianluca Mancini, who have both reportedly tested positive for COVID-19.

AC Milan and Roma are both playing quality football as of late, but the absence of two key players at the back could hurt the visitors. Milan has won their last two home games against Roma, including a victory in their most recent meeting in June. the Rossoneri have looked unstoppable and should be able to pick up another three points on Monday at the San Siro.

Other than Bayern’s one defeat to Hoffenheim on Matchday two, the European and German champions have once again looked unstoppable. They’ve scored 17 goals in just four matches, but have conceded more than one would like, letting in eight goals. But, there’s always room for improvement. Robert Lewandowski continues to run riot on opponents, already bagging seven goals in Bundesliga. The Bavarian giants destroyed Atletico Madrid in their UCL opener mid-week, beating them 4-0.

Last time out in league play, Bayern defeated newly-promoted Arminia 4-1. Thomas Muller and Serge Gnabry also continue to fire on all cylinders in the final third. This side is a force to be reckoned with and frankly, no one has shown the ability to stop them yet.

Frankfurt has enjoyed an impressive start to the term, going 2-2-0, which puts them in fourth spot. They grabbed a point last weekend in a 1-1 draw with Koln and will be looking to turn their fortunes around on Saturday against Bayern, who they’ve severely struggled against. Portuguese striker Andre Silva has been lethal on the attack, with three goals to his name.

Bayern has won their last 11 of 12 league matches at the Allianz Arena dating back to last November and have only lost one of their last 18 games against Frankfurt, dating back to 2011. But on a positive note for the visitors, that last victory for Eintracht was last season, where Adi Hutter’s side beat Munich 5-1. Nevertheless, Bayern is in immaculate form and shouldn’t have any issue grabbing three points at home this weekend.