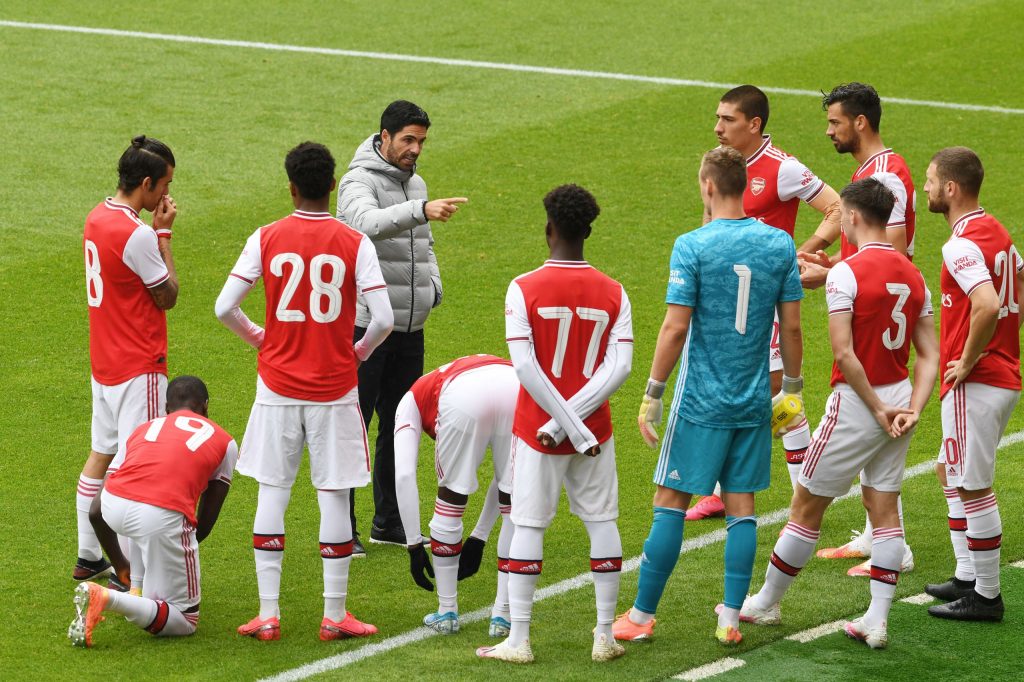 Mikel Arteta held a meeting with the Arsenal squad in a bid to save the North London club’s season, according to ESPN.

The Gunners have made their worst ever start to a Premier League campaign and are currently 14th in the league. They have scored just ten goals in ten games and have lost five. The most disappointing part of Arsenal’s season so far has been that the performances have been as poor as the negative results.

The Arsenal boss is understood to have held clear-the-air talks with the players that involved addressing their slump in form. The Spaniard motivated his group and welcomed an honest exchange of views among the players. He informed the squad that he was continuing to look into how the news about Dani Ceballos and David Luiz’s altercation in training was leaked to the press.

After the meeting, the Arsenal players had a separate meeting among themselves to discuss their poor performances. It is believed that several angry words were exchanged among the players and there was even some ‘finger-pointing’. The team meeting has been described as ‘stormy’ and ‘intense’ by sources. It ended amicably with the team on the same wavelength about getting behind Arteta and improving their performances in the Premier League.

For over the last ten years, the North London side have been accused of being soft and lacking the fight required to get results in moments of real pressure. Many respected figures in football have talked about Arsenal lacking leaders in the dressing room. The Gunners find themselves in a position where they need to show character to dig themselves out of the hole they are currently in.

Inquests into poor performances have not occurred in abundance at London Colney in recent years and it could be exactly what the club needs to start moving in the right direction again. Arteta is in the early stages of his project at the Emirates but managers are not usually afforded the time their projects need to come to fruition if they don’t show consistent progress. The Arsenal manager’s future depends on both his and the players’ ability to react positively in the face of adversity.