With season on the line, Stars lean on Perry to keep Cup dreams alive

EDMONTON — He represents the ultimate love-hate relationship for the Canadian hockey fan, does the loathesome Corey Perry. You love him in red, and hate him in any other colour.

One night he’s spearing Brayden Point in the most uncomfortable of places. The next he’s scoring the biggest goal in the Dallas Stars‘ season. You couldn’t sum Perry up any better than that.

Remember when we first took notice?

He was a part of that dazzling 2005 Canadian World Junior roster in North Dakota. Sidney Crosby, Shea Weber, Patrice Bergeron, and some gangly kid out of the London Knights with a fresh buzz cut, who found a way to chip in on a roster that was deeper than the scars on Terry Sawchuk’s face.

We kind of liked this kid, we had to admit. Then he went to Anaheim, and systematically, Canadians began to hate Perry. 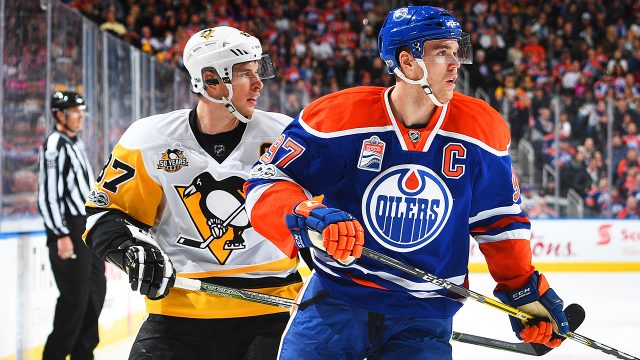 Get the best of our NHL coverage and exclusives delivered directly to your inbox!

First, it was British Columbians, who watched Perry hack and whack his way past the Vancouver Canucks in five games in the spring of 2007. Then Eastern Canada — outside of London of course — took a hate to Perry, as he took his special brand of sandpaper to the Ottawa Senators in that year’s Stanley Cup Final.

After that, he settled into a long career cheesing off folks in Edmonton and Calgary, scoring big goals against their teams while seemingly having compromising pictures of every NHL referee along the way.

He’d play for Team Canada at an Olympics, or a World Cup, and we would hold our collective nose and come to appreciate the man they call ‘Scorey Perry,’ a nickname earned once again on Saturday night in Edmonton, where Perry scored two goals — including the double-overtime winner — to buy his Stars another game in this Stanley Cup Final.

He is, you’ll have to admit, one of this generation’s truly clutch players. Even if he is a sneaky, dirty pest.

“You kind of described him yourself there,” said long-time foe and current teammate Joe Pavelski, when asked for a description of Perry. “You just have an understanding that, whatever it takes, that’s what he’s going to do to win. You can feel the mindset, in the locker room or on the ice. Whatever it takes. There was no bigger moment for us tonight. He showed up and got it done.”

In a game where the Stanley Cup was present and ready to be awarded, the 35-year-old Perry scored the first and last goals of the night, while the 36-year-old Pavelski sandwiched the game-tying goal in between with just 6:45 left in Dallas’ season.

The two ageing forwards have now scored the last six goals for Dallas, an incredible feat for two free agent pick-ups last summer who were acquired for leadership more than production.

“With how they’re playing I don’t know if you can call them old,” said Tyler Seguin. “They seem to have the best endurance of all of us.”

But it gets even better.

After the first overtime, where Dallas was credited with two shots — though one came on a shot from the other side of centre — the two vets took control of the Stars dressing room.

“The biggest switch for us tonight was those guys talking in the dressing room about having to go for this,” Seguin said. “We can’t be sitting back and hoping to win. That’s where you saw the change in the second overtime where we started going after them.”

“I forget who said it,” began Pavelski — and you know damned well it was him. “In the first overtime we … played a little bit not to win at times. Just safe. The talk was that we needed to go at them a bit.”

Safe. That has never been a word used to describe Perry, who still has those nifty hands from 2005, though by now his knees are more like a plate of linguini.

“You love him on your team,” began Stars head coach Rick Bowness. “I’ve coached against him long enough, and I know he’s a pain in the butt. But from the tops of the circles in and around their net, he is one tough guy to handle. He hangs on to the puck, he’s big, he’s strong, he’s got great reach… And he’s got great patience — very good at hanging on to it and waiting for something to happen.

On the OT winner — the ninth period of playoff hockey in about 27 hours for these teams — Perry gathered a loose puck in a crowded Dallas crease. Most would have whacked away at it. Maybe even Perry would have, years ago.

But as Bowness alluded to, Perry patiently steered the puck to a place where goalie Andrei Vasilevskiy wasn’t, and pumped it home from his office in the blue paint. He’s had that game-winning puck on his blade more often than any 10 guys on Tampa, and Perry couldn’t spell the word “panic” if you gave him the “pan.”

“We had a lot of guys who are in the fight. That’s what we’re asking for,” said Perry, a notoriously lousy quote (just another thing not to like about him). “I scored the winner, but it could have been anybody.

“There are a lot of guys in that room who are leaders. Leaders who lead in different ways. We’re leaning on everybody.”

And everyone is leaning on him. But only when the chips are down.