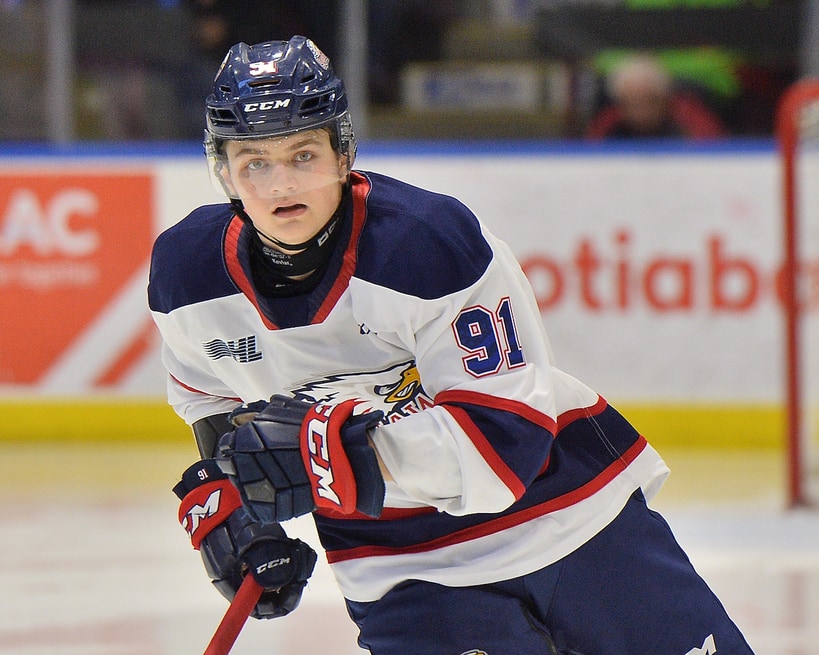 In a recent interview, 2020 NHL Draft top prospect Cole Perfetti sat down to discuss how he’s developed as a player as well as who he models his game after. The Saginaw Spirit center has focused on becoming more than a goalscorer, using the attention he draws from the defense to his advantage, much like Toronto Maple Leaf Mitch Marner. Check it out:

Perfetti is a consensus top-10 pick in the upcoming 2020 Draft. The Hockey Writers’ draft experts agree, with Josh Bell ranking him eighth and Larry Fisher having him at seventh. If it weren’t for the abundance of high-end talent available at the top of the draft, he would be a top-five pick. As a result, a team drafting in the bottom half of the top-10 will have an elite prospect on their hands.

Draft experts rave about his offensive instincts, skating ability, and shot, all skills that would have made him a first-round pick on their own. However, after focusing on becoming more of a playmaker ahead of the 2019-20 season, he saw his assist total double (37 in 2018-19, 74 in 2019-20) while continuing to be a goal-scoring threat (37 goals both seasons). The result: a center who’s as comfortable sniping goals as he is finding the open man.