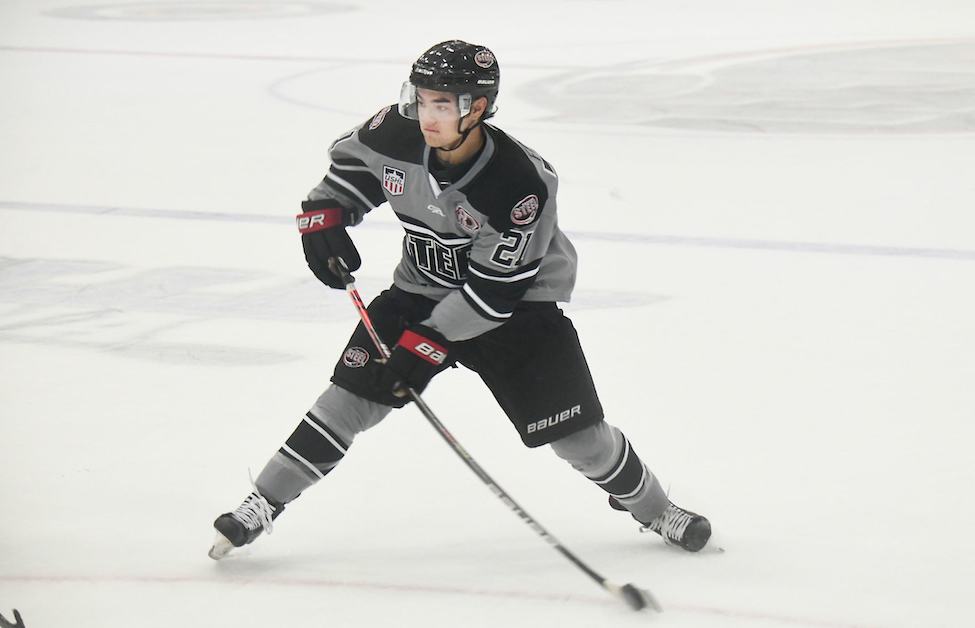 Montreal Canadiens fourth-round pick from the 2020 NHL Entry Draft Sean Farrell continues to dominate the USHL in his second season with the Chicago Steel. Team USA and Team Finland announce their final cuts and release their 25-player rosters for the 2021 World Junior Championship.

Canadiens prospect Sam Farrell and the Chicago Steel are off to an impressive start to the 2020-21 United States Hockey League (USHL) season. The Steel are 8-2-0 through their first 10 games played and have scored a staggering 53 goals in the process. The result is that three Chicago players lead the entire league in scoring. Farrell sits second with seven goals and 13 assists for 20 points in 10 games played, while 2021 draft-eligible prospects Matthew Coronato and Matthew Samoskevich sit first and third with 24 and 16 points respectively.

Farrell is currently on a a seven-game point streak and has registered a multi-point effort in each of his last four games. In that span, he has amassed two goals and seven assists for nine points. This is Farrell’s second season in the USHL after playing his rookie season with the team in 2019-20. He played 44 games and managed to put up 15 goals and 41 assists for 56 points. He was also named an alternate captain for this season.

Drafted 124th overall in the 2020 NHL Entry Draft by the Canadiens, Farrell likely fell in the draft due to his size, coming in at 5-foot-9. During the 2019-20 season, he finished seventh in league scoring and was one of five Chicago Steel players to finish in the top seven. He also lead the entire USHL in assists with 41. This will be Farrell’s last season in the USHL as he is committed to Harvard University for the 2021-22 season.

With the 2021 World Junior Championship (WJC) less than two weeks away several teams have made their final cuts and announced their official rosters for the tournament. Earlier this morning, Team USA announced the 25 players who will represent the United States of America starting on Christmas Day. Eight players will be returning from the 2020 WJC team that missed the podium. Those players are: Spencer Knight, Dustin Wolf, Cam York, Bobby Brink, Cole Caufield, Arthur Kaliyev, Alex Turcotte and Trevor Zegras.

In a press release from USA Hockey, John Vanbiesbrouck, general manager of the 2021 U.S. National Junior Team had this to say about the team selection.

Our players and staff have done everything we’ve asked of them, all of the safety protocols and considerations, in order to make hockey the focus of our training camp. We had a great week of camp and we have certainly faced adversity, but we believe in these 25 players and we all have the same goal.

Beniers and Stein are the only players who have yet to be drafted by an NHL team. Beniers is a top prospect eligible for the 2021 NHL Entry Draft

The major addition to this year’s team is Florida Panthers prospect Anton Lundell who missed the tournament last year due to injury. While Canada cut 2022 draft-eligible prospect Shane Wright, Finland’s 16-year-old forward Brad Lambert made the final roster. Wright and Lambert are two of the top prospects available for the 2022 NHL Entry Draft. His role may be limited, but it will be an early stage for the young forward to impress.

*Links to come throughout December

One Player to Watch for Each World Junior Team

7 Predictions for the 2021 World Junior Championship