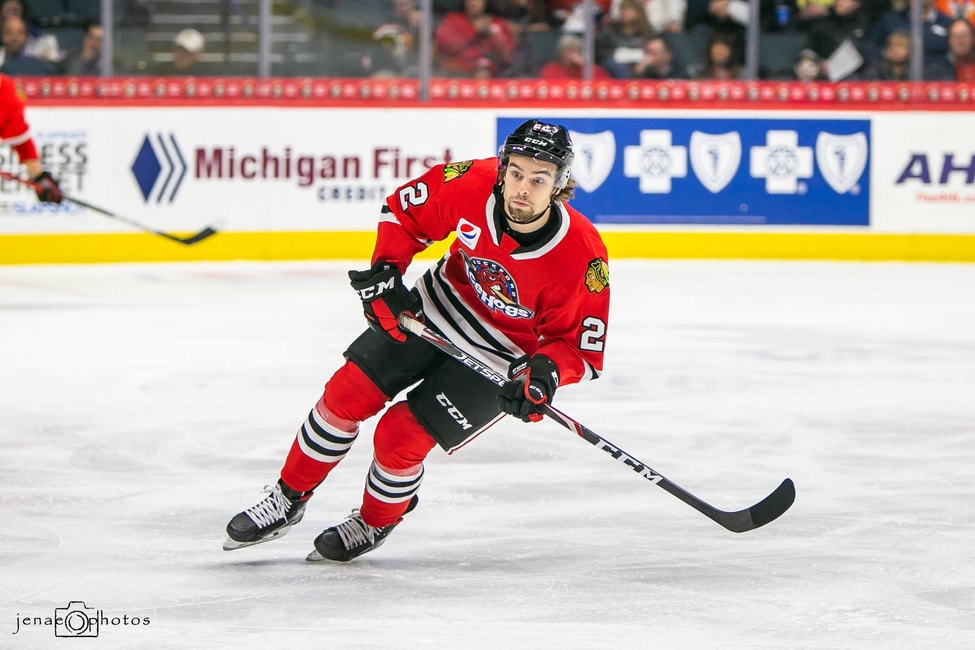 It has been a busy week so far for National Hockey League prospects. A top-10 pick of the New York Rangers’ hot start has been cooled off due to injury. The Chicago Blackhawks have loaned another prospect to Europe. Finally, the Nashville Predators add another goaltender to the pipeline.

The future is certainly looking bright for the Rangers. They have a crop of talented prospects in the system to go along with the first overall pick in next week’s NHL Entry Draft. One of their recent draft picks, Vitaly Kravtsov, has been heating up overseas, but he has hit a bump in the road.

Traktor Chelyabinsk, of the Kontinental Hockey League (KHL), announced Thursday that Kravtsov has suffered a lower-body injury and would miss the team’s game versus Dynamo Moscow.

The 20-year-old forward has a team-high six goals and eight points through the first 11 games of the 2020-21 season. The Rangers originally drafted him with the ninth pick of the 2018 NHL Entry Draft.

Kravtsov is spending the entire season in the KHL. He had six goals and 15 points, in 39 games, for the Hartford Wolf Pack of the American Hockey League (AHL) last season.

Like all teams around the NHL, the Blackhawks have loaned quite a few players to European clubs to start the 2020-21 season. They have now added forward Brandon Hagel to a list that already includes Philip Kurashev, Pius Suter and Michal Teply.

The team announced that they have loan Hagel to HC Thurgau of the Swiss League. The 22-year-old winger will return to Chicago when training camp opens in December.

Hagel was originally drafted by the Buffalo Sabres in the sixth round (159th overall) of the 2016 NHL Entry Draft. He signed with the Blackhawks in 2018 and turned pro after a successful junior career with the Red Deer Rebels in the Western Hockey League (WHL).

Last season, he scored 19 goals and 31 points in 59 AHL games with the Rockford IceHogs. By leading the team goals, he was named the IceHogs’ Most Valuable Player & Rookie of the Year. He made his NHL debut with the Blackhawks on March 11, 2020, versus the San Jose Sharks. That was the only NHL game he’s played in so far. He was with the team during their Stanley Cup playoff run in Edmonton but did not draw into any games.

Earlier this week the Predators officially announced that they have signed goaltender Devin Cooley to a two-year, entry-level contract. The undrafted, 23-year-old netminder is coming off a successful college career with the University of Denver.

Over three NCAA seasons, Cooley posted an impressive .927 save percentage (SV%) and 1.93 goals-against average (GAA) in 32 total games. His sophomore season of 2018-19, saw him start 20 games and share the team’s most valuable player award with fellow netminder Filip Larsson, who is in the Detroit Red Wings’ system. He also won the most improved player award. He went 11-6-2 with a .933 SV% and 1.85 GAA and helped Denver reach the Frozen Four.

The 2020 NHL Entry Draft is less than a week away. Get caught up on all your prospect needs with our 2020 NHL Draft Guide. Our news crew is gearing up for some top-notch coverage here at the Hockey Writers, so stay tuned.