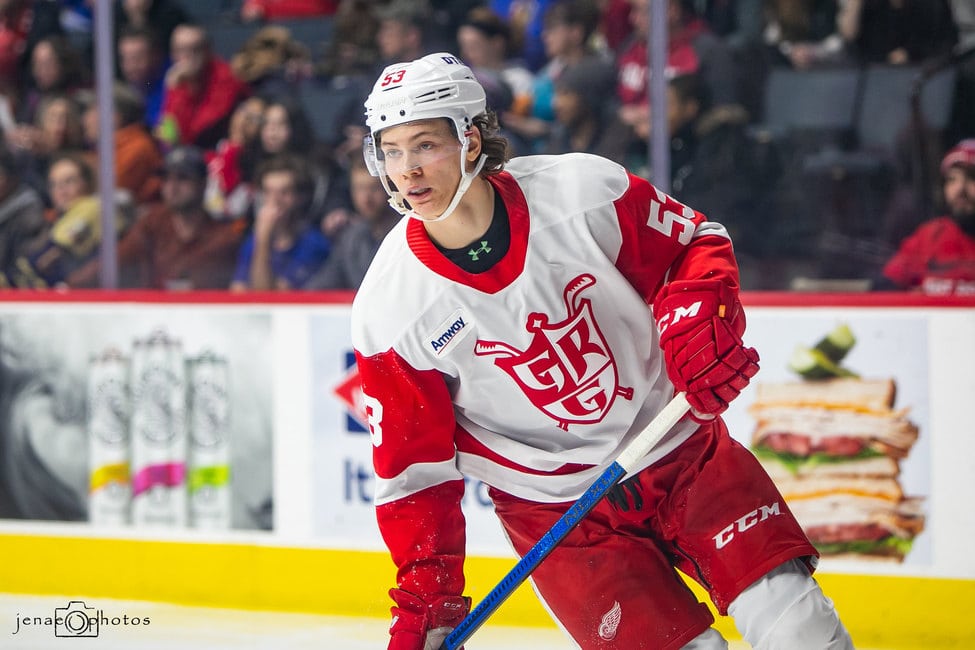 The American Hockey League (AHL) has laid the foundation for their shortened and strange 2020-21 season. However, three teams have opted out leaving their parent clubs scrambling for an option. From there we will head over to Sweden to check on the top prospect for the Detroit Red Wings and a highly-rated goaltending prospect heading into the 2021 NHL Entry Draft.

Earlier, the AHL announced that they will, in fact, have a 2020-21 season, beginning on Feb. 5. Just like the NHL, the AHL has realigned into five new divisions, just for this season, including one made up of their four Canadian teams. Each team will play at least 24 games and some teams will be playing in practice facilities, either their own or those of their NHL clubs, instead of their normal home arenas.

In addition, Charlotte Checkers, Milwaukee Admirals and Springfield Thunderbirds have elected to opt-out of playing the 2020-21 season. This leaves the Florida Panthers, Nashville Predators and St. Louis Blues without AHL affiliates.

Three teams have decided to double up and help out the three NHL teams looking for a place to send their prospects. The Blues were supposed to enjoy their first season with the Falcons as their affiliate, but instead, they will send players to the Utica Comets, who are already the Vancouver Canucks’ farm team.

The Panthers switched from the Falcons to the Checkers before Charlotte decided to opt-out. They will now get some help from their intrastate rival, the Tampa Bay Lightning. The two teams will share the Syracuse Crunch for the upcoming season.

The Chicago Wolves and the Admirals have been long rivals dating back to their time in the defunct International Hockey League (IHL). With the Admirals sitting this season out, the Wolves, who are in their first season as the Carolina Hurricanes’ affiliate, will take on some players from the Predators.

The AHL will release a schedule and a playoff format for their unique and memorable season at a later date.

Seider Doing it All in Sweden

The Red Wings are building an impressive pipeline of young talent as the team looks to return to their glory days. The prospect who is generating the most excitement in Motown is defenseman Moritz Seider.

Detroit originally loaned the sixth overall pick of the 2019 NHL Entry Draft to Manheim of Germany’s DEL. After the league postponed the start of their season, he was then sent to Rogle BK in the Swedish Hockey League (SHL). He has been playing at a top-level all season long for one of the league’s top teams.

Seider factored into all of Rogle’s offense in Thursday’s 5-4 overtime loss to Farjestad with a goal and three assists. He now has three goals and 17 points in 23 games. However, he has been showing off his complete game throughout the entire season. While adding to the offense, he has also been bringing a physical edge to the ice on a nightly basis.

Red Wings fans will have to wait a bit to see Seider in the NHL as his loan to the SHL is for the duration of their season. In case you are wondering, the SHL’s regular season ends on March 19. Depending on how far Rogle gets in the postseason, there is a chance he could be back in North American before the NHL season concludes.

Wallstedt Picking Up Where He Left Off

Sweden’s Jesper Wallstedt is not officially an NHL prospect yet, but it likely won’t take very long at the 2021 NHL Entry Draft for that to change. He is the top-rated draft-eligible netminder and will probably be a first-round pick. He has given us no reason to think otherwise so far this season.

Wallstedt appeared in just two games at the World Junior Championship, posting a .923 save percentage (SV%) and 2.40 goals-against average (GAA) in his limited time. Many felt he was going to be named the starter for Sweden’s quarterfinal game versus Finland, but he watched from the bench as Hugo Alnefelt suffered the 3-2 loss.

The 18-year-old netminder returned to the SHL and made 21 saves in Lulea HF’s 3-0 win over Frolunda HC.

In 10 SHL games, Wallstedt is now 7-3-0 with a .927 SV% and 1.86 GAA with two shutouts playing in his home country’s top professional league. He will be one to watch as we get closer to the draft.