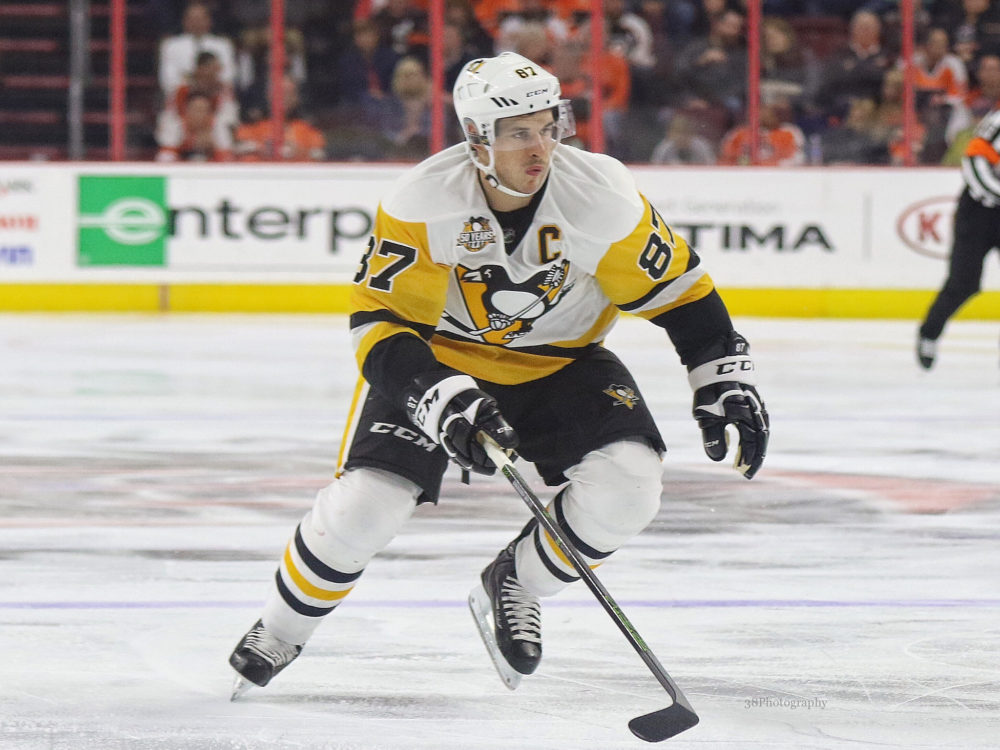 The Pittsburgh Penguins have seen a large number of memorable goals over the years. Some feature pure skill and some come from guys you wouldn’t expect. There have been goals that deserve their own chapters in Penguins’ history, while some of the best players left their legendary mark.

Below is a list of the top-10 goals in franchise history; taking into account the importance of the goal, the skill it may have taken, and how memorable it is to fans.

When the Penguins take on the Washington Capitals in the postseason, great moments are bound to happen. Nick Bonino’s overtime goal to win the series in 2016 tops that list. This was the first time the Penguins beat the Capitals in a series on home ice in 15 years, since Martin Straka won it in overtime in 2001.

In a series where Bonino’s HBK Line was acting as key contributors, it was only appropriate that one of those three would score that big of a goal in front of the home crowd. Bonino, who is not known for his high goal marks as he only scored nine during the 2015-16 regular season, made the most of the opportunity. He was in the right place as a loose puck sat in the blue paint, just needing a tip into the net to send the Penguins to the Eastern Conference Final.

It was this series against the Carolina Hurricanes that cemented the Conn Smythe Trophy for Evgeni Malkin, and this goal was the cherry on top. This was a highlight-reel goal that defined his season where he led the league in points. He would go on to finish the playoffs with 14 goals, 22 assists, for 36 points, and of course a Stanley Cup.

Malkin took command of the whole play by himself. Stripping future teammate Matt Cullen off of the faceoff, shedding Hurricanes defender Dennis Seidenberg, then on the spin, no-look, backhand that beat Cam Ward top shelf, for the hat-trick. Versus Network broadcaster Joe Beninati put it best on the goal call, “Oh my word.”

It could be argued that Sidney Crosby’s shootout winner in the first Winter Classic in 2008 was more memorable, but this one from his rookie season is much like Mario Lemieux’s first goal; a telling tale of what is to come from this kid. At the time, the Penguins were a bad team. They have a record of 4-7-5 going into a game against a red-hot Montreal Canadiens squad that won five straight.

This goal is more than just a shootout goal from Crosby, it’s all of the details that came with it. His first game against the team he grew up cheering for, the team that drafted his father as a goalie in 1984, the build-up of no goals in the shootout that saw Lemieux, Mark Recchi, and Alex Kovalev shoot. The call from TSN with Pierre McGuire breaking out into laughter as Jose Theodore’s water bottle flies out of view, and the iconic “Welcome to the Crosby show, Canada,” from Gord Miller. All of this formed a perfect combination for Crosby’s first highlight-reel goal in his career.

At the time, the goal looked like it was going to be Lemieux’s last goal scored in Pittsburgh. It seemed like a perfect ending for his career, a breakaway like his first goal, at home, against the Philadelphia Flyers, the call from Gary Thorne, all amplified by one of the loudest crowd reactions Mellon Arena had ever heard.

From the second Lemieux stepped on the ice for his shift, the roar began. The crowd would get louder when Ian Moran found Lemieux breaking past Flyers’ defenders. Then the explosion of cheers when the puck reached the back of the net. It was a storybook ending for a legendary career that seemed to be at its end.

Related: Penguins’ Most Creative Player Nicknames Through the Years

Lemieux beat goaltender Garth Snow with this goal, and just to add to the legend, three years later, Lemieux would return to the ice and Snow would be the Penguins’ goaltender in his return game.

This was the first time in franchise history the Penguins won a series with a Game 7 overtime goal. That alone makes it appropriate that it finds a spot on this list. It was Darius Kasparaitis’ second and final career playoff goal and it sent the Penguins to the Eastern Conference Final. The series would turn out to be then-player/owner Lemieux’s last playoff series victory on the ice.

Kasparaitis also scored the goal against Dominik Hasek, which is hard enough to do on its own, let alone in that kind of situation. Hasek was one of the best goalies in NHL history and led the league in shutouts that season.

After the goal, who could forget that celebration? Diving face-first at center ice, kicking his feet while managing to slide what seems like forever with the entire team on his back, which is fitting, as he put the team on his back to win the game.

Prior to drafting Lemieux in 1984, the Penguins were a relatively bad team. They had achieved a winning season only four times and made it to the second round of the playoffs three times. Mario made it known right away that a turn in the team’s fortunes was coming by stealing the puck from one of the best defensemen in the game, Ray Bourque, then scoring on a breakaway to beat Pete Peeters for his first NHL goal.

Before the game, Max Talbot was asked about who he thought the Game 7 hero would be. Jokingly, he responded by saying it would be him. Shortly after the interview, his joke became a reality, as he scored the only two goals for Pittsburgh in the game as they defeated the Detroit Red Wings, 2-1.

Talbot found a loose puck, streaked down the ice on a 2-on-1 with Tyler Kennedy, then saw the opportunity and took it. He beat goalie Chris Osgood over the glove hand to give the Penguins a 2-0 lead and the eventual game-winning goal. Nothing too fancy about this goal, just a perfectly placed shot by an unexpected player to seal a Stanley Cup championship.

This is very possibly the best goal of Jaromir Jagr’s long career in the NHL, at a vital moment in the 1992 Stanley Cup Final. Facing a 4-1 deficit going into the third period, the Penguins rallied back to make it 4-3. With five minutes left in regulation, Jagr worked his way through and around multiple Chicago Blackhawks to then beat Ed Belfour on the backhand to score the tying goal.

Not only was it a goal that changed the pace of the game and the series, look at the names Jagr beat all on his own. Belfour would go on to become a Cup champion himself in 1999, a two-time Vezina Trophy winner, and a Hall of Famer. Jagr also danced through Brent Sutter, possibly the best Sutter brother, with 829 career points. Jagr even put the moves on Blackhawks captain Dirk Graham and defenseman Frantisek Kucera.

The quest for back-to-back Stanley Cups was almost stumped by the Ottawa Senators in Game 7 of the Eastern Conference Final in 2017. It was a game that would go the distance in regulation, then still have no victor after one overtime period. Just over five minutes into double overtime, Chris Kunitz fired a shot that would butterfly over goalie Craig Anderson’s shoulder and send the Penguins to their second straight Final.

There have been plenty of overtime series-clinching goals in Penguins’ history, but this goal was only the second time it ever happened in a Game 7. The only other time was the Kasparaitis goal in 2001 that was mentioned earlier. This Kunitz goal, however, came in a second overtime period and ushered in the decline of the Senators, who haven’t reached a .500 season since.

The greatest player in Penguins’ history scores the franchise’s defining goal. Lemieux in Game 2 of the 1991 Stanley Cup Final took a pass from Phil Bourque and was not looking back. Splitting Minnesota North Stars defensemen Neil Wilkinson and Shawn Chambers, then topping it with a forehand to backhand move that beat goaltender Jon Casey.

The goal gave the Penguins a 3-1 lead in the game and helped tie the series at one game apiece. The Penguins would then go on to win their first Stanley Cup in six games. It is hard to deny this goal as the single greatest goal in Penguins history. It was scored by their greatest player, it helped secure the team’s first Cup, and it was a pretty skillful goal on its own.

Compiling this list took a lot of deliberating and some hard cuts had to be made. If there’s a goal that you think should be on the list, leave a comment.