It’s UFA-day eve, and unlike most years, there’s actually some pretty decent options for teams in need out there. Of course, nobody has any money to spend, which is a truly awful combination for most of the names below.

For the teams, though, that means some needs may be satisfied for cheaper than in years past. Below I’ll give my thoughts on those available options, with an eye to finding both the value deals and the potentially crippling ones.

Alex Pietrangelo: How much does Pietrangelo want to stay in St. Louis, and what do the Blues think the rest of his on-ice career is going to look like? If a deal doesn’t happen it’ll be framed as having been about money, but it won’t exactly have been that – it’ll be those first two questions. If he truly wants to stay, the Blues would be stark-raving mad to not give him something in the 9s-per, and I’m guessing he could live with that. There’s a deal to be made there. If the Blues say they can’t spend that much (or even more), it’s not because they can’t (money can always been moved), it’s because they don’t think Pietrangelo will provide value for that down the road — which would be some statement.

Radko Gudas: I don’t know exactly what he’s going to cost, but it would be real hard to watch the past two Stanley Cup Finals and not conclude that Gudas is the type of guy you’d want in the type of series that get played by rounds three and four of each season. You’ve got a physical right-shot veteran D (he’s 30), likely for an affordable number here. I’m guessing there’s a market for that.

TJ Brodie: Here’s a guy who can play the right side on a second pair and really help. Yes, he’s benefitted from a good partner in Mark Giordano, and yes there’s some concern about a decline. But his next role should be in easier minutes than he’s seen in Calgary, and I’m confident he’ll be good enough to be valuable in a middle-pair role for a few years yet. Just don’t pay him like a top pair guy and you’ll be fine.

Kevin Shattenkirk: Don’t let the pendulum swing too far in any direction on this guy. Maybe he wasn’t quite worth the deal in New York, but he wasn’t that far off. Maybe he was worth more than the deal in Tampa Bay, but he wasn’t that far off. If someone would just give this guy like $3 million and change and use him on a second pair/PP2 we could maybe stop over-and-undervaluing him every time his name comes up.

Tyson Barrie: It only takes one person to believe there’s still a true difference-maker in there for him to really get paid. Buuut, I wouldn’t want to be that team, personally. Still, it’s possible that the cap crunch has eliminated the remaining believers, and if there aren’t any left, and you can get him closer to $4 million than $6 million…maybe it’s time to check in with his camp? He can create some goals from places other D-men can’t, and that’s a unique, tough-to-acquire ability from the back-end. Expectations are a burden he wore poorly this past year, but don’t let Toronto fans convince you he’s outright bad.

Torey Krug: What you like in a hockey player is subjective. It’s with that note I acknowledge Krug has flaws and carries risk as he’s going to be a little expensive. He’s 5-foot-9 and 29 years old, I know. But he’s my guy in this UFA class if I’m doing the shopping. I love his passion, competitiveness, and skill set. There’s never a time he’s on the ice where you feel he’s over-matched. He can find lightning in a bottle, he can score, and I think he plays the type of game that others want to follow. I think his skill set matches the direction of the league. Evolving Hockey projects his next deal to be worth $7.37 million and five years. To which I say: 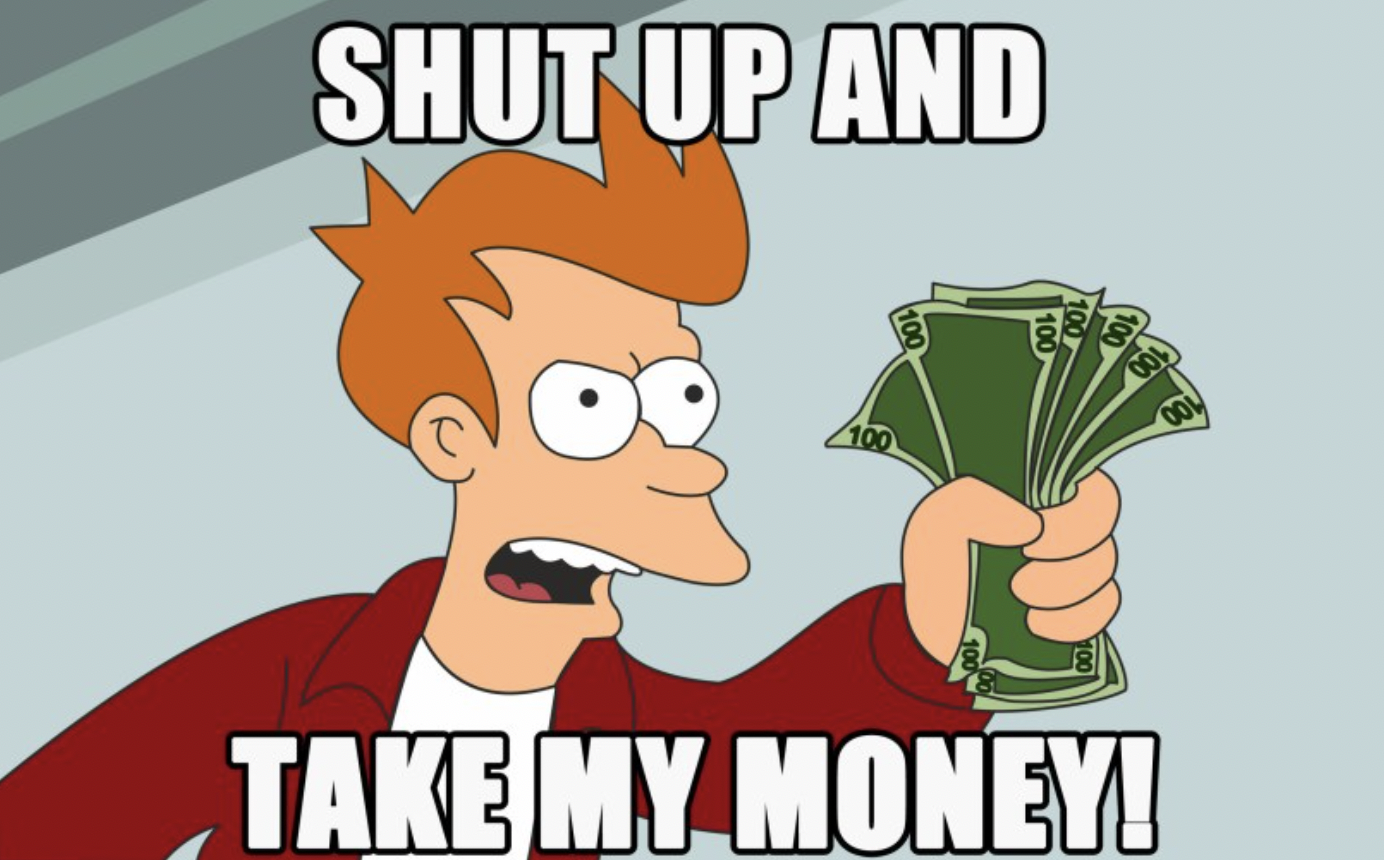 Kyle Clifford: Pat Maroon just won back-to-back Stanley Cups at ages 31 and 32, contributing an average of about 10 goals over a regular season, doing the little things and being heavy in the playoffs. Maroon made $1.75 million and $900,000 for those seasons. Clifford is essentially a grittier, younger version of that (he’s 29). He scored 11 in 72 games last year, and was on pace for double digit goals again this year. Someone probably will give him a $1.5-2 million per for two-to-three seasons in the weeks to come, and never regrets a day of the deal.

Jesper Fast: In any other year, Jesper Fast probably earns a lengthier deal with some security and some dollars. He’s just 28 and had 30 points (with a dozen goals) in 69 games for the Rangers this past season. He led their forwards in short-handed ice time. He’s the definition of hockey’s middle class, which is getting squeezed the hardest. At the cost of no assets and just a contract, though, he’s an awfully appealing target if he’s a bit cheaper than he would’ve been in years past.

Craig Smith: Like every UFA deal, what will matter is the cost for the acquisition, but there’s a good chance whoever does the acquisition-ing on Smith will like what they’ve acquired … provided the term is shorter. He’s not a young man by NHL standards at 31, but here’s games and goals totals for Smith going back to 2013-14 (grey is World Championships):

He stays healthy and he scores. Those are good things! He’s a volume shooter who drives play. He’s not a pure finisher or anything, but this is a reliable two-way player who will probably average 15-20 goals over the course of a three-year deal. If you can get him for less than his last deal of $4.25 million per, that’s nice secondary scoring support.

Mike Hoffman: If Hoffman were a UFA in years past he’d be primed to become a regrettable deal. He’s the highest scoring UFA from last season available this summer, leading Taylor Hall by seven points in comparable games played. That’s usually worth big money. Through those 69 games Hoffman scored 29 times. He has a cannon shot that can be loaded on any power play’s 1-3-1 flank. Again, worth money.

Only, I’m not sold his contributions to winning are commensurate with what those goal totals are going to do to his salary. He certainly hasn’t driven play at even strength the past few years, and there aren’t many teams who don’t have a good PP1 flank guy, so is he going to replace yours? Without going too deep on Hoffman, he’s 30 years old, he’s one-dimensional, he was playing on a offensively-heavy Panthers team, and he’s going to cost real money and require top linemates and PP time. For a few million dollars per, absolutely, give me Mike Hoffman. But for what he’s likely going to cost, there’s a chance someone gets burned.

Evgenii Dadonov: Dadonov feels like the guy a team that needs scoring talks itself into. He’s scored at a 30-goal pace for three straight seasons, and hey, 30 goals don’t grow on trees. “We could use that kind of offensive infusion, couldn’t we? 30 goals for $4 million, we’d take that wouldn’t we?,” they’ll say. The thing is, Dadonov will turn 32 next season, he’s one-dimensional like Hoffman, and he put up those numbers on that same offence-first Panthers teams (with a lot of PP time and no PK time). I’m guessing you’re looking at an average of closer to 18-22 goals over the next few seasons, which is grand and all that … provided you’re not paying for 30.

Tyler Toffoli: I like Toffoli and the way he plays, I like that he’s proven he can score goals in the NHL, and he can contribute to a good team. He’s sound both ways, unlike the two guys we just discussed. Problem is, a lot of people think that which means he won’t be cheap, and I don’t love some trajectory arrows.

He’ll turn 29 next season, and while he did have a 31-goal season in 2015-16, in the four seasons since he’s been at a pace of about 21 per (though the terrible Kings didn’t help him any). He was never the most fleet of foot, and I’m not sure that bodes well for any kind of projection. Basically I like him – I really like him! – and think I’d give him real money to play for my team. Does someone want to give Toffoli five or six years though? At maybe $5-6 million per? Evolving-Hockey’s contract predictor has his next deal at $6.54 million and seven years. No thanks to that, I say. There’s risk of making a mistake on a guy like him simply because he is obviously good, which creates a market.

Mikko Koivu: The biggest question of relevance here is, what’s he going to cost? (I know, it’s UFA time, that’s always the thing, but especially here.) Because nobody has interest in a guy who just made $5.5 million dollars to contribute four goals in 55 games while playing just 15:27 of ice time. But boy, wouldn’t you love a guy who can play more than 15 minutes a night, kill penalties, provide leadership, and likely chip in a little offence for half that much? Expectations come with dollars, so if the latter changes a lot for Koivu, you might just like how it all turns out.

Corey Perry: It’s all about predicting when decline will become collapse. Father Time is undefeated, as they say. But you saw him this post-season – it’s easy to see how he could help in a supporting role on the cheap yet again. He’s got that playoff grit – who wouldn’t want him in their bottom-six?

Mark Borowiecki: *Double-checks notes* I’m stunned Borowiecki is only 31 years old. *Checks again, confirms* But I guess the style he plays and doing it in Ottawa can age people. It’s not even that he looks old, it just looks like he’s been through some things, man. With that, teams want and need guys who’ve seen some things and can still contribute. He’s a warrior. I’d take him for his last year’s salary ($1.2 million) on my bottom pair in a heartbeat.

Joe Thornton: This one gets a little awkward, because you never want to be the guy who says anything negative about a legend. Like Jaromir Jagr, Thornton’s big body, pace and brain have meant he can still get points – namely assists – well into his later years. He’s proven that, and he’s retained some effectiveness. At some point, though, the pace just slows too much, and the “getting some points” thing isn’t enough. If Thornton’s willing to play a minimal role (fourth line minutes) and play for a fourth-liner’s salary, you could maybe talk me into it (and he is, by all accounts). The hard truth though is that even then, I’d probably prefer to spend the money on some young forechecking machine who can make your team tough to play in other ways.

Taylor Hall: Hall feels like a guy who’s going to look at his career and want to play meaningful games. He’s going to look at the economic climate and recognize what could’ve been a monster payday just isn’t going to be what it could have been. One of the premier teams in the league is likely going to be able to get a difference-maker at a price that wasn’t conceivable a year ago. The only question for Hall is: does he want to do a short-term deal to let league finances recover before hopefully signing The Big One down the road, or does he want the security of a long term deal now?