How the Coyotes missed a chance to lead on diversity, inclusion 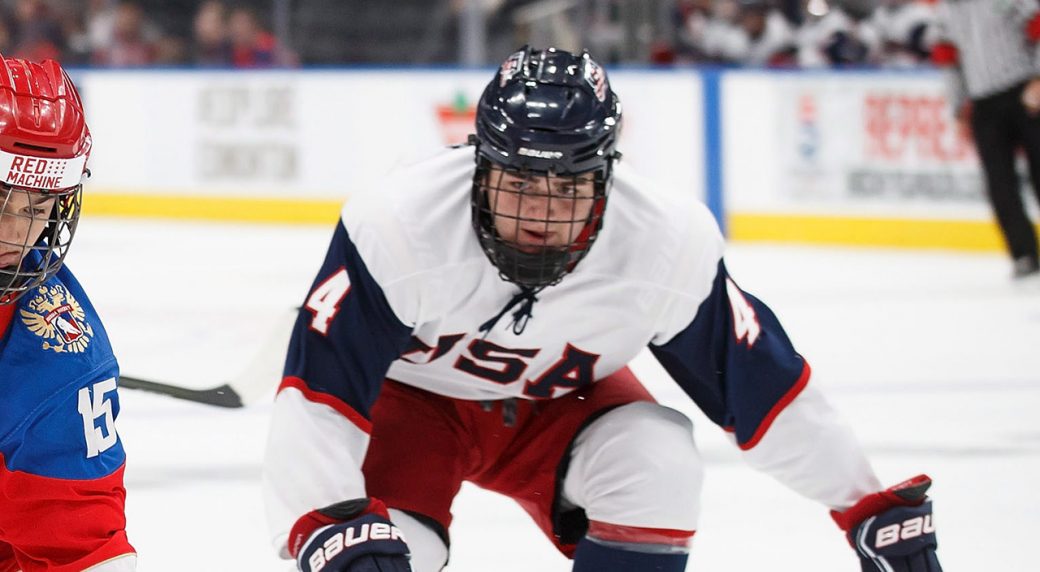 “Help me help you.” That’s what I think to myself every time my timeline is flooded with another horrifying story of racial abuse related to the game of hockey.

And 2020 has sadly included more than one at the NHL level.

Back in April, it was the use of racial taunts during a video chat when the New York Rangers were introducing prospect K’Andre Miller.

And now the Arizona Coyotes have been scrutinized for drafting 18-year-old Mitchell Miller, who the Arizona Republic reported Monday was convicted for bullying Isaiah Meyer-Crothers, a Black classmate with developmental disabilities, when the two were growing up together in Sylvania, Ohio.

The details in the Republic story are excruciating, but are all too typical of the kind of treatment young people of colour and people with disabilities — the type of people hockey wants to do a better job of attracting — have to endure.

According to the report, Miller admitted to bullying Meyer-Crothers and tricking him into licking a candy push pop that Miller and another student had wiped in a bathroom urinal. Meyer-Crothers was then tested for hepatitis, HIV and STDs, and thankfully those tests were negative. Meyer-Crothers claimed Miller referred to him as “brownie” and the “N-word,” on top of the physical abuse. According to Meyer-Crothers’ mother, surveillance video-tape evidence of the incident shows Miller “smashing Isaiah’s head against a brick wall.”

Miller pleaded guilty in an Ohio juvenile court to bullying and assaulting Meyer-Crothers in 2016.

After receiving interview requests from the Republic, the Coyotes — who admitted to knowing of the conviction prior to drafting Mitchell — provided this statement:

“Our fundamental mission is to ensure a safe environment — whether in schools, in our community, in hockey rinks, or in the workplace — to be free of bullying and racism. When we first learned of Mitchell’s story, it would have been easy for us to dismiss him — many teams did. Instead, we felt it was our responsibility to be a part of the solution in a real way — not just saying and doing the right things ourselves but ensuring that others are too.”

The statement went on to say the following:

“Given our priorities on diversity and inclusion, we believe that we are in the best position to guide Mitchell into becoming a leader for this cause and preventing bullying and racism now and in the future. As an organization, we have made our expectations very clear to him. We are willing to work with Mitchell and put in the time, effort, and energy and provide him with the necessary resources and platform to confront bullying and racism. This isn’t a story about excuses or justifications. It’s a story about reflection, growth, and community impact. A true leader finds ways for every person to contribute to the solution. We all need to be a part of the solution.”

It’s also a story they didn’t get ahead of, and thus the Coyotes missed an opportunity to be leaders.

The Arizona Republic uncovered the story, and the team and player responded when contacted. If the team really wanted to hold the player accountable, wouldn’t they have endeavoured to help him before journalists came calling? If they really wanted to help race relations in hockey and abroad, wouldn’t they have publicized and articulated why Mitchell is deserving of a second chance? What work he has done in the four years since the incident to earn that second chance and how his ongoing work can be used as an example and teachable moment?

A month prior to the draft, team CEO and president Xavier Gutierrez was selected to be part of an NHL committee tasked to stop racism. But this selection and particularly how it was handled was a false first step. Just think: how will this news be received by a young BIPOC and/or disabled prospective player or fan?

Far too often, marginalized communities aren’t front of mind when hockey decisions are made. Even in the above statements, there was more concern about rehabbing Miller’s reputation than there was rehabbing the sport’s reputation on race. The most difficult detail to stomach: none of the statements mention Meyer-Crothers by name.

All that said, it would be easy to bury and label Miller, which many have done. But I’m uncomfortable saying a 14-year-old (the age Miller was when he committed the crime) should be defined by his worst moment. But I do think assault shouldn’t just be swept under the rug.

Miller has taken some accountability, sending a letter to all 31 NHL teams explaining his remorse. He also put out a statement through the team in the same Republic article.

But that’s the extent of his public amends. Miller claims he apologized personally to the family above and beyond a court-ordered letter of apology. The family claims that in-person apology never happened. To make matters worse, the Coyotes never reached out to the family before or after drafting Miller.

Miller has paid his judicial debt to society and is allowed to seek work. And the reality is if the Coyotes hadn’t drafted him somebody else would have. We know this because many people have chosen Miller to play on their hockey team since the incident.

USA Hockey, the University of North Dakota, the Detroit Honeybaked hockey club, the Cedar Rapids RoughRiders and the Tri-City Storm were all comfortable with Miller playing hockey for them before the Coyotes turned in a card with his name on it.

So the message is either his on-ice upside trumps his off-ice history, or he’s changed. As a fan of the sport I hope it’s the latter, but the sport hasn’t done enough to guarantee the benefit of the doubt.

Despite declarations and committees, the Hockey Diversity Alliance, and great work by countless individuals, news like this devalues the efforts of those trying to change the sport’s perception. Trust is hard to earn and easy to break, and that’s where hockey finds itself on the topic of being a safe space.

The fact is, the game of hockey has a long way to go to gain the trust of BIPOC people. And the Arizona Coyotes will need to do more than have executives join a committee if they want to truly help the sport’s relationship with race.

Book excerpt: Willie O’Ree on wide-ranging impact of Foster Hewitt, HNIC
Canadiens’ Molson: team has foundation ‘that can be good for many years’