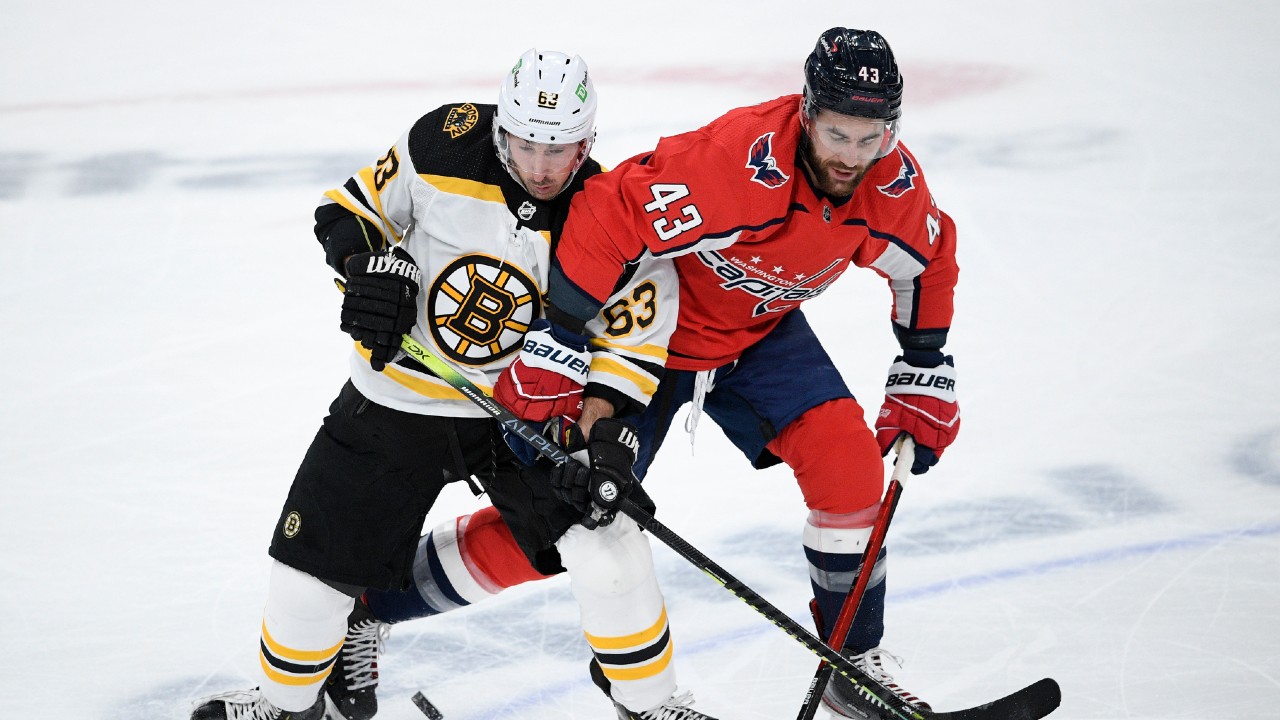 The Washington Capitals and Boston Bruins wrapped up their season series earlier this week with the Caps taking home a last-second regulation win in a game that didn’t impact the standings.

Both teams were missing several key players Tuesday and fans can expect the intensity to be ramped up for Saturday’s Game 1.

The Capitals were upset by the Islanders in the opening round of the playoffs last season and the Bruins were eliminated by the eventual champions in Round 2. Both teams are hoping for better results this season outside of a bubble environment.

These two franchises haven’t met in the post-season since 2012. Here’s a closer look at the series.

Both teams were aggressive ahead of the trade deadline in the hopes of adding firepower for a deep run. Boston acquired Taylor Hall, plus Mike Reilly for defensive depth, while Washington added size and scoring with Anthony Mantha.

Hall has points in 11 of his 16 games with the Bruins and the line of him, David Krejci and Craig Smith takes pressure off the elite top trio of Marchand-Bergeron-Pastrnak.

The Bruins were 12-4-1 after the trade deadline and don’t look now but Tuukka Rask went 7-1-0 with a .923 save percentage to close out the season. Rookie Jeremy Swayman has earned the backup spot ahead of Jaroslav Halak.

Vitek Vanecek has been a pleasant surprise in net for the Capitals this season with a 21-10-4 record and the Russian rookie could get the nod in Game 1 with Ilya Samsonov still in the league’s COVID-19 protocol along with forward Evgeny Kuznetsov.

The Capitals have not been operating at full health lately, but lucky for them things seem to be turning around just in time for the opening round. As we saw last week in New York, the Capitals are capable of physically dominating their opponents and can score with the best of them when their top players are in the lineup.

Alex Ovechkin’s incredible streak of 30-goal seasons ended this year, partly because the nine-time “Rocket” Richard Trophy winner has only suited up for three games since April 18. Ovechkin said following Tuesday’s win over the Bruins he feels “100 per cent.”

The towering blueliner spent 14 seasons and 150 playoff games with the Bruins, captaining the team to a Stanley Cup in 2011. His former teammates know what a force Chara can be, especially in the post-season, and they’ll need to be cognisant of when he’s on the ice.

“He knows when we’re doing certain plays,” Brad Marchand told reporters earlier this week. “Obviously, teams will do video and stuff like that, but he knows all the code names that we use and typically the situations that we like to use them in. So even when we played them this season, we could see him talking to guys about the plays that we were going to do, so it could definitely cause some challenges at times. But it’s playoffs, you’ve got to work through that.”

Chara averaged 18:26 of ice-time in seven games played against Boston this season and remained disciplined with zero penalty minutes against his former club.

Only two players (Connor McDavid and Leon Draisaitl) have more points than Marchand since the beginning of the 2016-17 season and no one has more playoff points during that same five-year window. It’s bad news for Washington that the Bruins pest closed out the regular season on a hot streak with eight goals and 19 points in his past 13 games. He had seven goals and six assists in seven games against Washington this season.