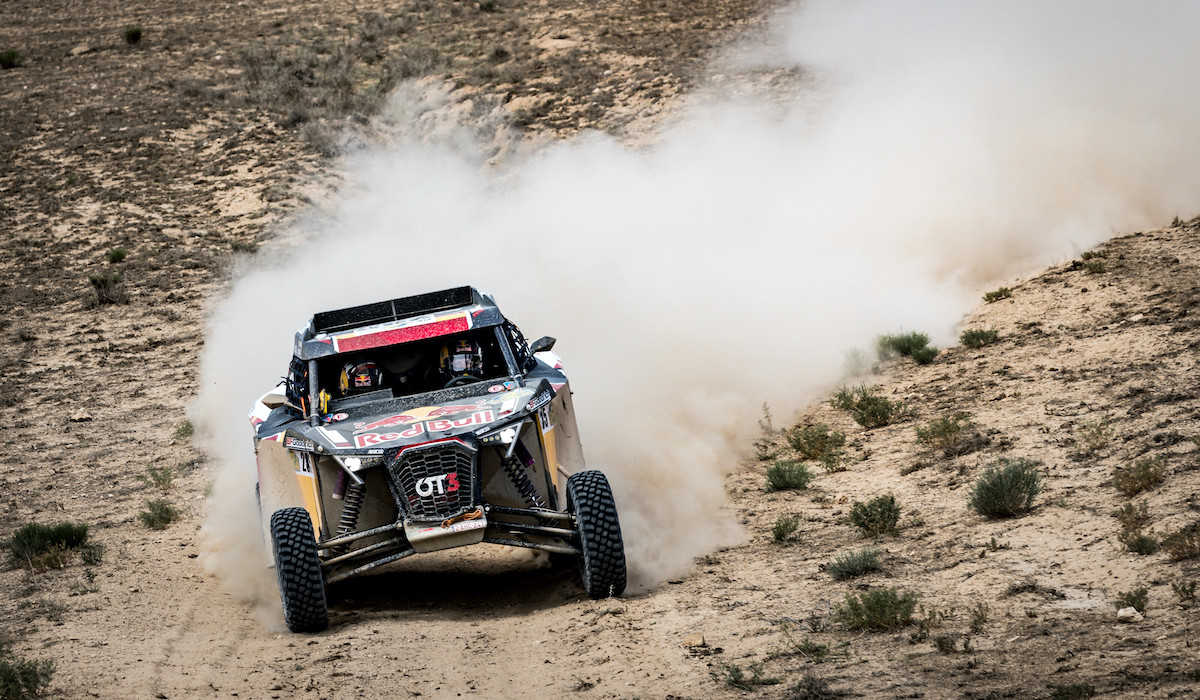 Cristina Gutiérrez, who races in Extreme E for Lewis Hamilton’s X44 alongside Sebastien Loeb, claimed victory in Kazakhstan at the weekend despite fracturing her back.

Competing in Rally Kazakhstan for the Red Bull Off-Road Junior Team in the T3 division of the FIA World Cup for Cross Country Rallies, Gutiérrez clinched the win alongside co-driver Francois Cazalet after taking the lead in the penultimate stage.

However Gutiérrez suffered a huge impact 30-kilometres into the final 260km stage, which it was later revealed fractured two vertebrae in her back, forcing her to drive the remaining 230km in “great pain”.

Once she crossed the finish line she was taken to hospital where doctors diagnosed the fracture.

“Upon arrival with great pain, they decided to send me directly to the hospital, where they performed a CT scan and confirmed the rupture of two vertebrae,” said Gutiérrez.

Her T3 team-mate Guillaume De Mevius went on to claim victory in the final stage to finish 41 seconds adrift of Gutiérrez.