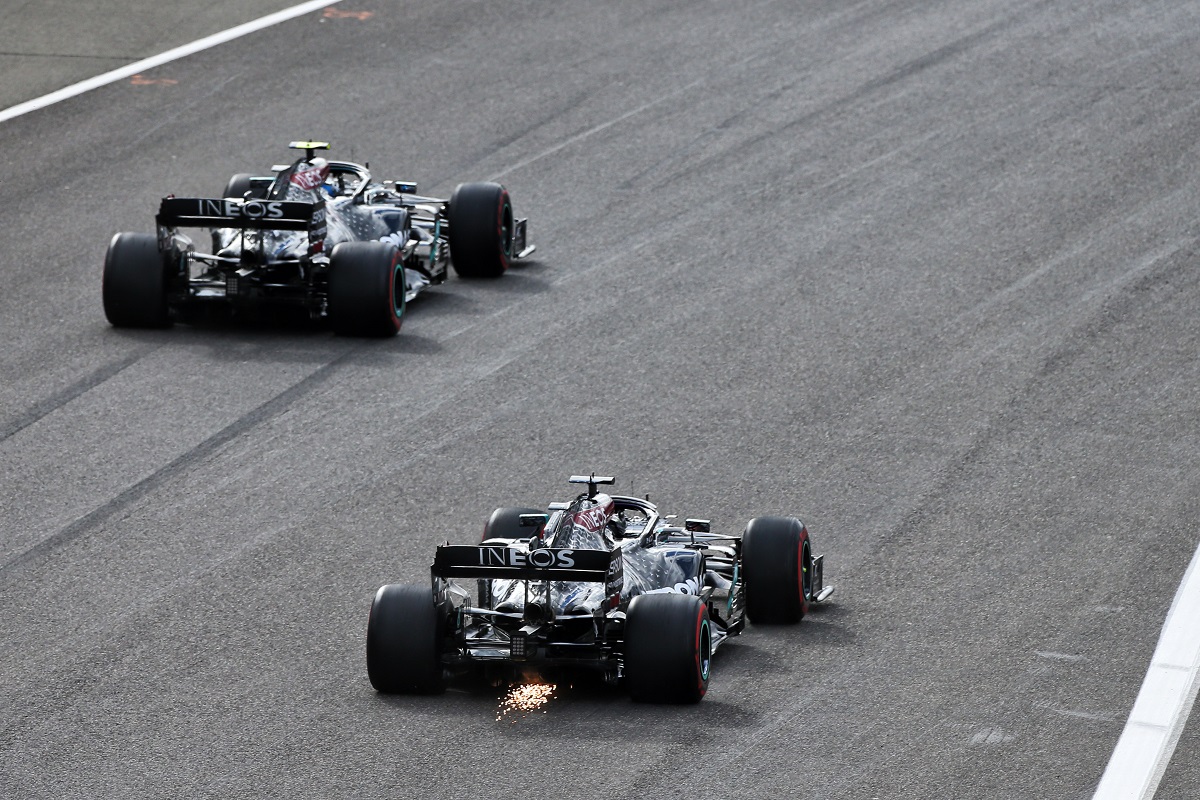 Mercedes Team Principal Toto Wolff says he had total confidence in both of his drivers to avoid a collision at the start of the Eifel Grand Prix on Sunday.

Lewis Hamilton and Valtteri Bottas went side-by-side into the first corner, with Bottas taking to the outside run-off, culminating in the Finn eventually prevailing into Turn 2.

The duo have not yet collided since Bottas joined Hamilton at the team in 2017, with Hamilton taking all championships on offer in that time.

Despite the close moment between the pair at Mercedes’ home race, Wolff admits he enjoyed watching them aggressively tussle for position.

“I enjoyed the racing between the two of them because I’ve never doubted that there will be any contact,” Wolff said.

“These guys respect each other, they know very well what the boundaries within this team are.

“I think that Lewis braked a little bit late and had full lock, and that obviously pushed Valtteri wide.

“But Valtteri, in true style as a rally driver, kept the foot down and deserved to preserve the position. I enjoyed that.”

Bottas’ hopes of winning the race and mounting a title comeback faded when he conceded the lead to Hamilton on lap 13 after making a mistake at Turn 1.

A handful of laps later, the Finn retired from the race with a Power Unit malfunction – however Wolff has backed the “resilient” Bottas to fight until the very end.

“In terms of the championship, Valtteri is, I just saw him before, if somebody’s resilient it’s him,” Wolff commented.

“We had a good chat. I said ‘sorry for the failure’ I believe that a two-stop that he said himself, would have been actually something that could have worked out to win the race but it is what it is.

“This is still a mechanical sport and today, it was us that let him down.”