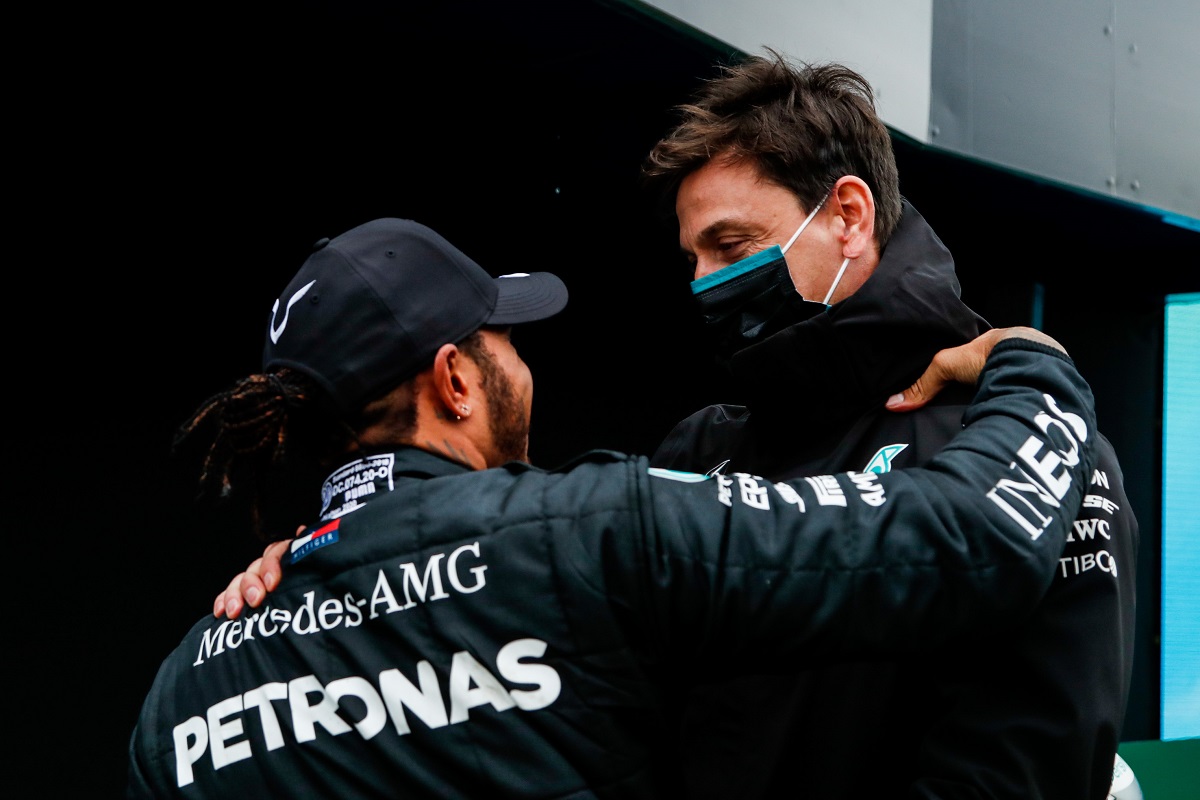 Mercedes F1 boss Toto Wolff says a number of “curveballs” are responsible for the delay of securing Lewis Hamilton’s future with the team.

Hamilton, who joined Mercedes in 2013, had his latest contract expire at the end of the 2020 season after securing a record-equalling seventh world championship.

The Briton’s future has been the centre of intrigue over the winter break, however Wolff assured that the two parties will reach an agreement “at some point”.

“The lawyers are working hard,” Wolff told ORF. “We don’t make life easy for them, of course, when we both argue over Zoom and keep sending curveballs to the lawyers.

“But he’s in America now and I’m here. At some point we will finalise it. It’s how it is with negotiations.

“You always come from different corners, but that’s quite normal. We have a really solid basis in our relationship.

“We have celebrated great successes together and want to continue doing so in the future.

“But sometimes you have to talk things out in detail, and that took or still takes us some time. But before Bahrain at the latest, you have to sign something at some point.”

Some suggestions have touted Williams’ George Russell as a back-up plan for Mercedes, after he solidly stood in for Hamilton at the Sakhir Grand Prix last year when the world champion was diagnosed with Covid-19.

However, Wolff denies that Mercedes has used the threat of Russell in their negotiations with Hamilton.

“We never played the George Russell card,” Wolff said. “He did incredibly well and will one day be in a top car, but our long-standing partnership is not at all about making any threatening gestures.

“We know we want to race together. And now we have to negotiate the contract.”