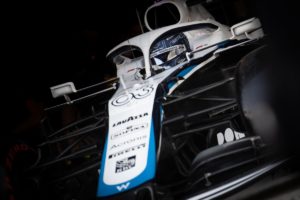 Williams has announced that fans will get the first glimpse of their 2021 Formula 1 car, named the FW43B, using augmented reality through a dedicated app.

The car will be launched this Friday at 14:00 GMT, with the app allowing those who have downloaded it to project a full-sized 3D model of the car into their homes.

The ‘Williams Racing AR Launch 2021’ app is now available to download on the Apple store, and will soon be live for Android users.

On the day of the launch, fans will get a notification when the content on the app is ready to be used.

Williams is scheduled to be the penultimate team to launch its 2021 car with only Ferrari remaining after it, who is set to unveil its challenger prior to pre-season testing next week.

The Grove-based squad enters 2021 on the back of three consecutive seasons finishing at the bottom of the standings.

In 2020, it failed to score a single point across the campaign, the first time it has done so in its long history.

Williams has retained George Russell for a third season, while Nicholas Latifi remains for his second year in F1.

Alonso: I’m a more complete driver since 2018 F1 exit
Mercedes won’t yet ‘flirt’ with other drivers for 2022