Viñales: ‘One of the main problems was top speed – I couldn’t pass anyone’ 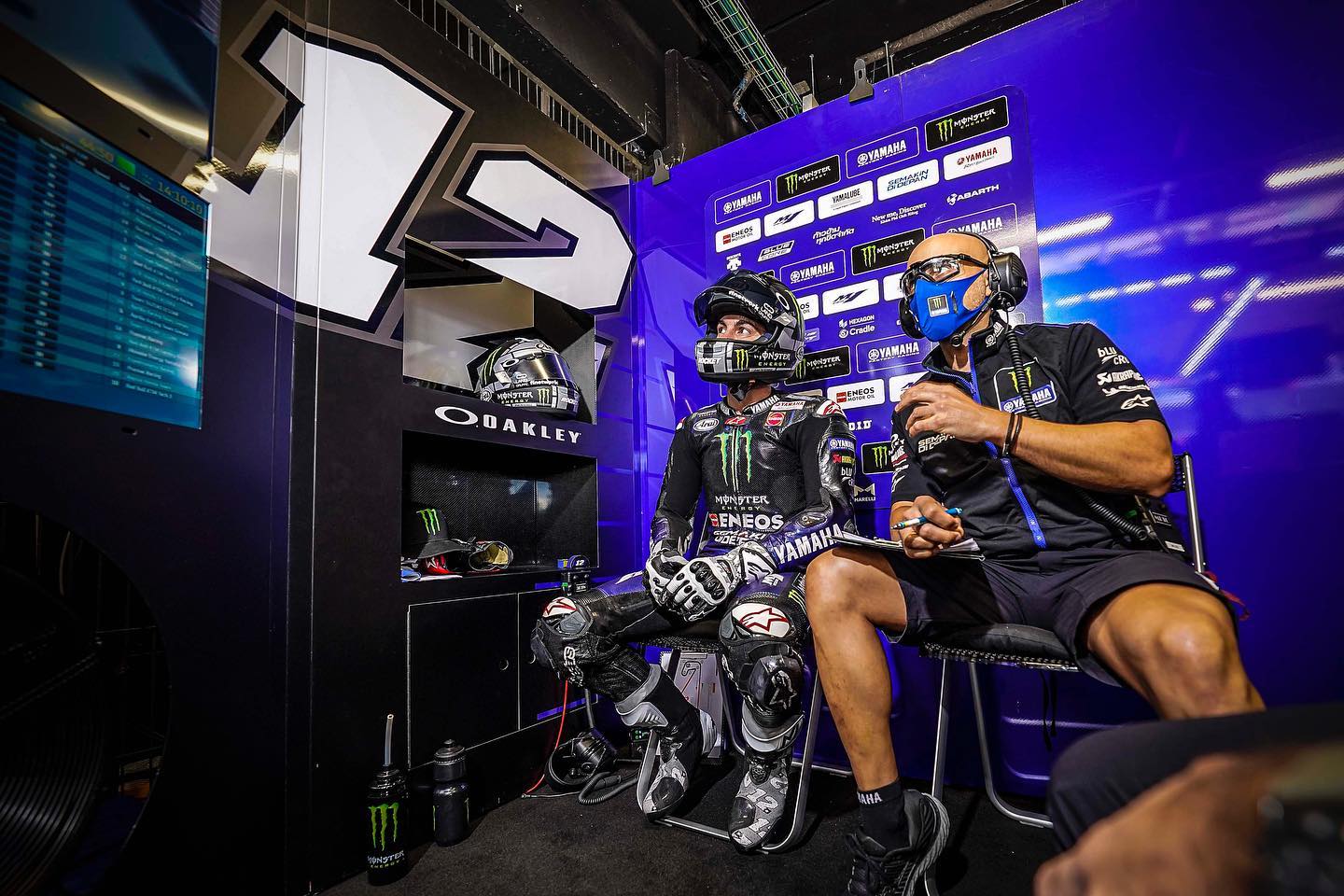 Factory Yamaha rider Maverick Viñales has said that he struggled during Sunday’s Catalan GP, namely with out-right speed which meant that the Spaniard “couldn’t pass anyone.”

Viñales said: “One of the main problems today was the top speed – I couldn’t pass anyone, especially over the first 15 or 16 laps. I was just riding around.”

The number 12 rider was able to bag a 9th-place finish on his speed-restrained Yamaha M1, having started the event from 5th on the grid, meaning he dropped four places during the 24-lap race.

The second-row start was also not what Viñales had hoped for as it put him amongst the Suzukis and Ducatis, both of which had better off-the-line pace than the Yamahas.

“I’m really disappointed because if you don’t start first or second, you have big problems, and because I was in the middle of the fast-starting Suzukis and Ducatis, you can do nothing. You just lose positions”, Viñales said.

With his sights now firmly set on the race at Le Mans, the Yamaha pilot is looking forward to the weekend last weekend’s win compared to finishing just inside the top ten was a hard pill to swallow for the Spaniard.

He said: “We will see what we can do at Le Mans, but to come from last weekend where we won to this is difficult to accept.”

Viñales also says that thinking about the championship is “impossible” after his Catalan GP result due to their performance being “really unstable.”

He said that this is because “sometimes (in races) the bike is working well and then I can’t pass people in others.”

Qualifying pace is another issue that has befallen Viñales recently, the rider saying, “We made a mistake this weekend and now we paid the price.”

“We are only 18 points behind (championship leader Quartararo) but it’ll be difficult”, he said.