Vettel ‘took too much risk’ with early aggression 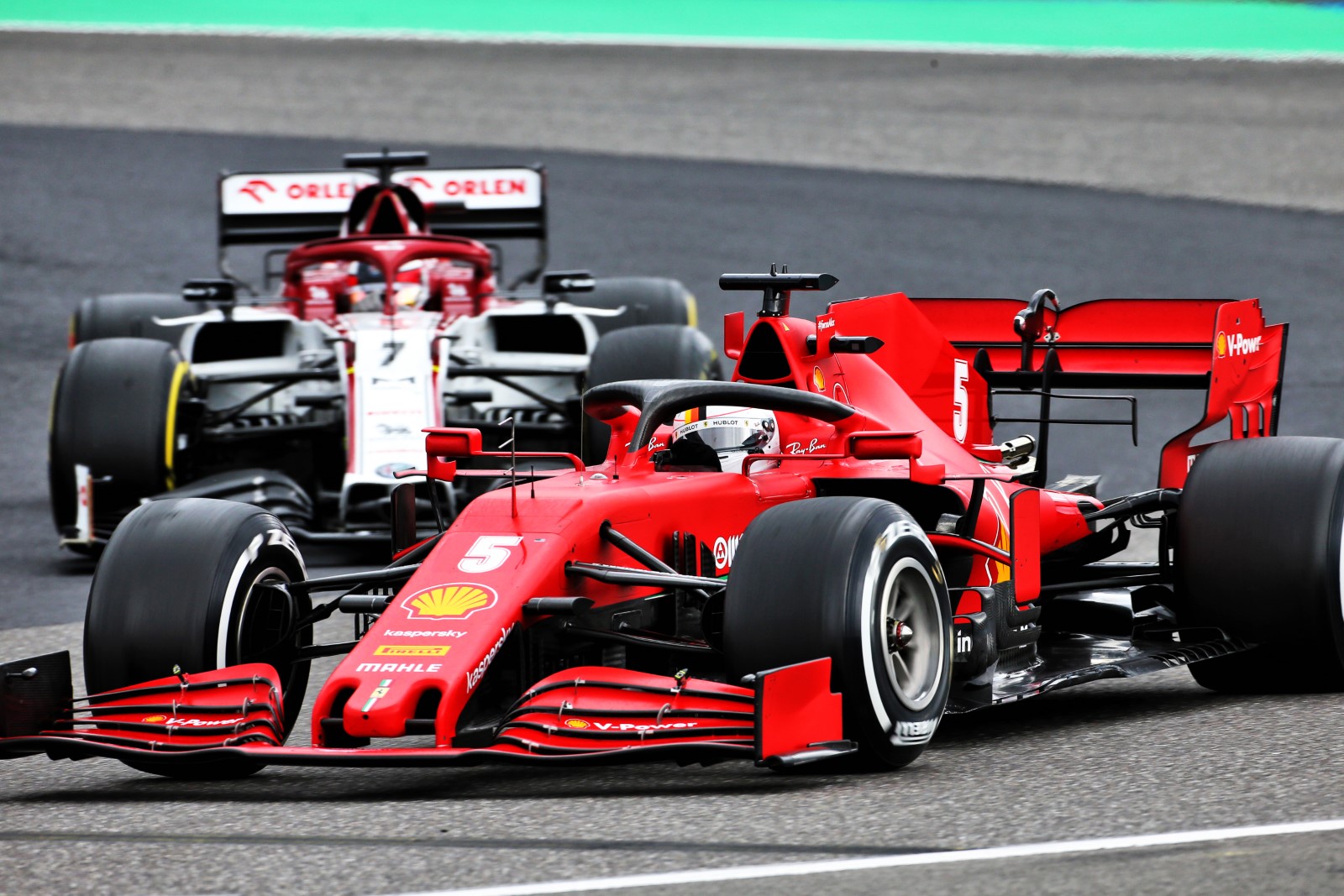 Sebastian Vettel has conceded he “took too much risk” in trying to make up positions at Formula 1’s Eifel Grand Prix as his miserable 2020 campaign continued with a point-less display on home soil.

Vettel started from 11th position but was overhauled by the fast-starting Antonio Giovinazzi and then spun at Turn 1 while trying to pass the Alfa Romeo driver.

Vettel made up spots as rivals dropped out and profited from a late Safety Car to re-emerge in contention for the top 10 but missed out by one position.

It means Vettel, who claimed victory on Formula 1’s last visit to the Nürburgring in 2013, maintains 13th in the championship, having taken just 17 points from 11 events.

“Obviously I was trying to make progress and taking a lot of risk, looking back obviously took too much risk,” he said.

“I think I lost the car when I was crossing in the wake, certainly that was not the intention and destroyed my chance to do better today.

“With the Safety Car at the end we thought there was a chance for points, we fought with [Kevin] Magnussen and I also tried to pass Giovinazzi.

“In the end we just weren’t able to pick up the last point. It was a very difficult day.”

Team-mate Charles Leclerc held fourth early on but slipped to seventh by the chequered flag.

Leclerc was passed on-track by Daniel Ricciardo, Sergio Perez and Pierre Gasly and was also overhauled by Carlos Sainz.

“Seventh is the best we could do today,” he said. “On the Soft tyres at the beginning we struggled massively, which compromised our race.

“We had a lot of graining so we were very slow and lost several positions. So we went for a two-stop strategy, which I believe was the right thing to do.

“We are not yet where we want to be, but every small step is going in the right direction and this is what we need.”