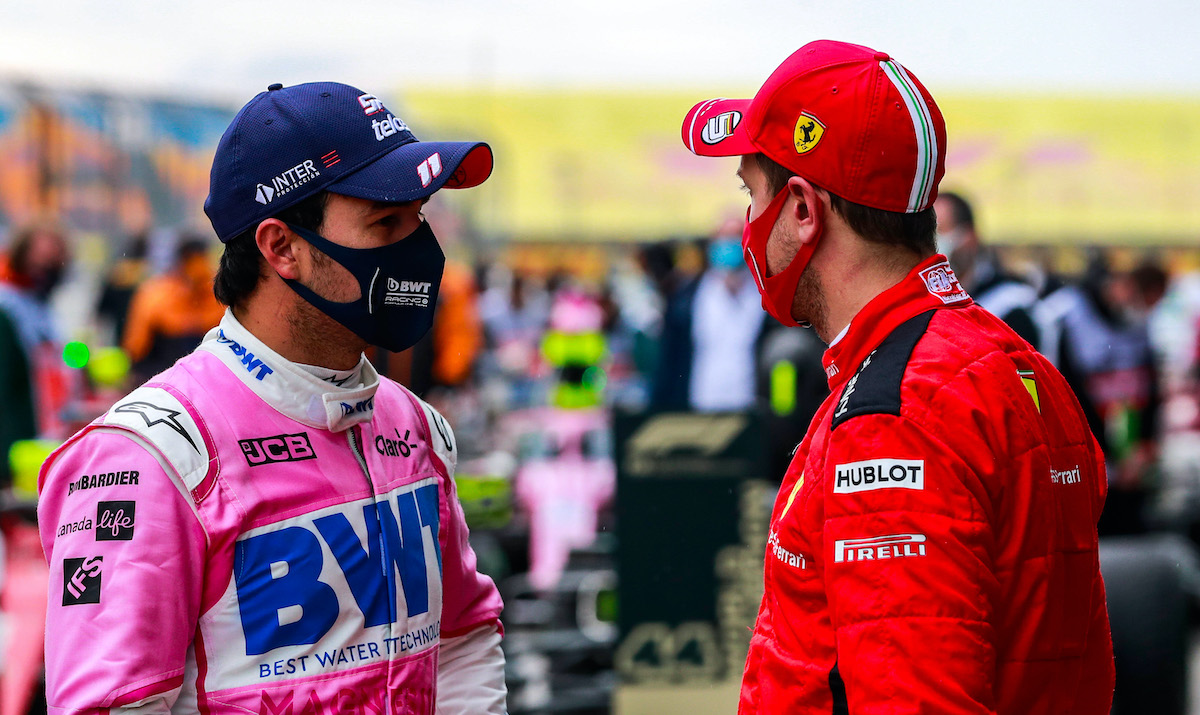 Vettel has been signed by Racing Point, which will become Aston Martin next year, as a headline name to promote the team and boost its marketing value, but it has come at the cost of losing Perez, who is now a race winner following his victory in Sakhir at the weekend.

Perez now sits fourth in the championship standings, just 64 points shy of Red Bull’s Max Verstappen, which could arguably be a much smaller gap given the Mexican was forced to miss two races because of a positive COVID test.

Vettel has scored just 33 points compared to Ferrari team-mate Charles Leclerc’s 98, in what has been a tough season for the Scuderia and Vettel, with almost half his points coming from a sole podium finish in Turkey.

Despite being a four-time World Champion, Brawn says Vettel will have some big shoes to fill when he replaces Perez.

“This was a thoroughly deserved victory for Checo. I said last week Racing Point may be feeling they underachieved [this season]. Well they corrected the scales yesterday – big time. And all credit to them. They were there and picked up the pieces and Checo just drove brilliantly.

“His replacement, Sebastian Vettel, I’m sure will come back stronger, as he’s in a bit of a trough at the moment, but Checo is a guaranteed deal. So that’ll be interesting to see how that develops.

“In a way, Seb has some fairly big shoes to fill now, even if he’s a world champion.”

Brawn suggested Racing Point, which is retaining Lance Stroll, son of team owner Lawrence, may be regretting their decision.

“We all want to see him [Perez] next year. It’ll be a tragedy if he can’t get a car. The team must be thinking about the decisions they have made, losing him when he’s driving so well.”