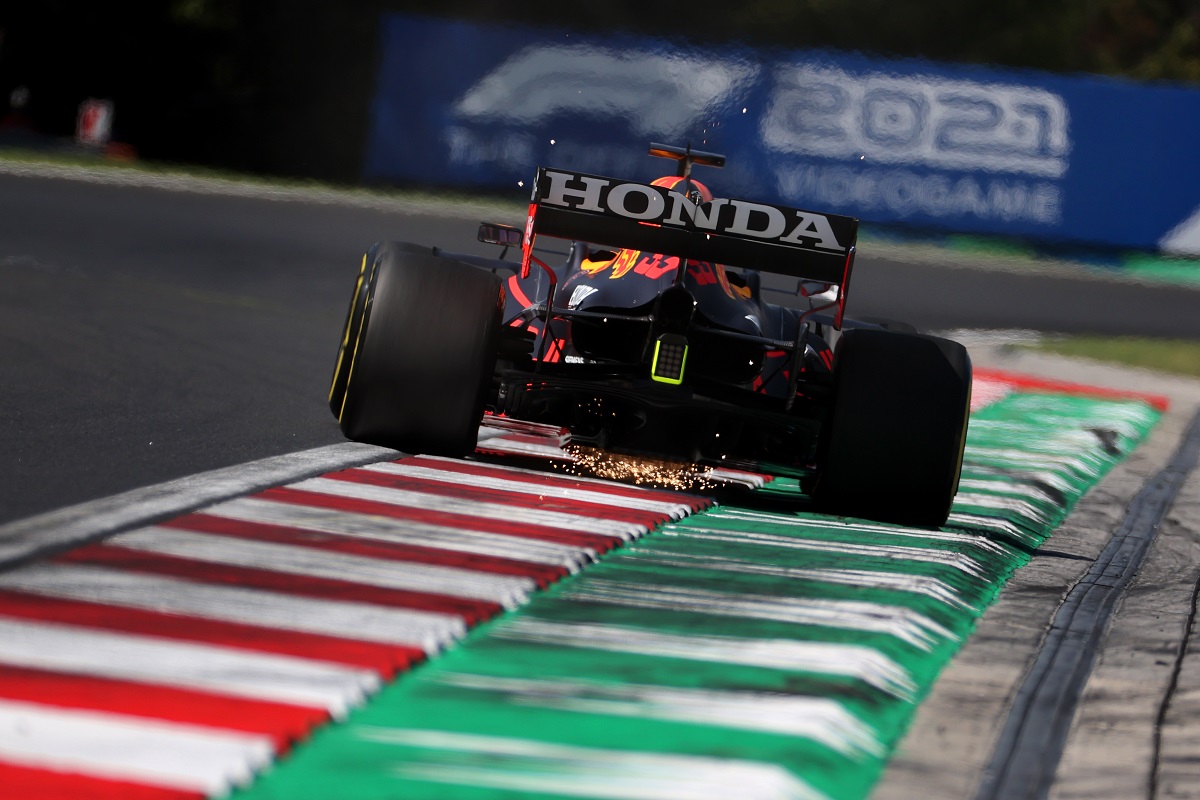 Honda has confirmed that Max Verstappen’s power unit did not suffer terminal damage during the crash at Silverstone two weeks ago.

The Japanese manufacturer used the first practice session in Hungary to assess the unit after it was involved in an incident at the British Grand Prix.

Verstappen suffered a 51G impact with the barriers on the opening lap of the race after coming together with title rival Lewis Hamilton.

Red Bull feared that it would be forced to scrap the power unit, which would likely put it in grid penalty trouble later in the season.

However, Honda confirmed following Friday practice that the components are operating as normal.

“It was good to see that Max is not suffering any ill effects from the Silverstone crash and we were able to check that the PU that he used in the British GP weekend is working as normal,” said Honda’s F1 Technical Director Toyoharu Tanabe.

Verstappen has used two combustion engines, MGU-Hs and turbochargers so far this year, with any more than three resulting in a grid penalty.

He has also run two MGU-Ks, one control electronics and one energy store in 2021, with two of each being the maximum number he can use penalty-free.

Verstappen ended the second practice session third on the timesheet, behind both Mercedes drivers by three-tenths of a second – the Dutchman asserted that the gap ahead is “nothing too big to overcome”.

Honda affirmed that it would be working overnight to ensure Red Bull closes up to Mercedes ahead of qualifying on Saturday.

“Generally, there is still a lot of room for improvement and that’s what we will be working on now,” Tanabe added.

“Qualifying has been very close at most circuits this year and, as is always the case on a short track like the Hungaroring, the lap times will be even closer than usual, so we can expect a very tight battle for qualifying tomorrow.”