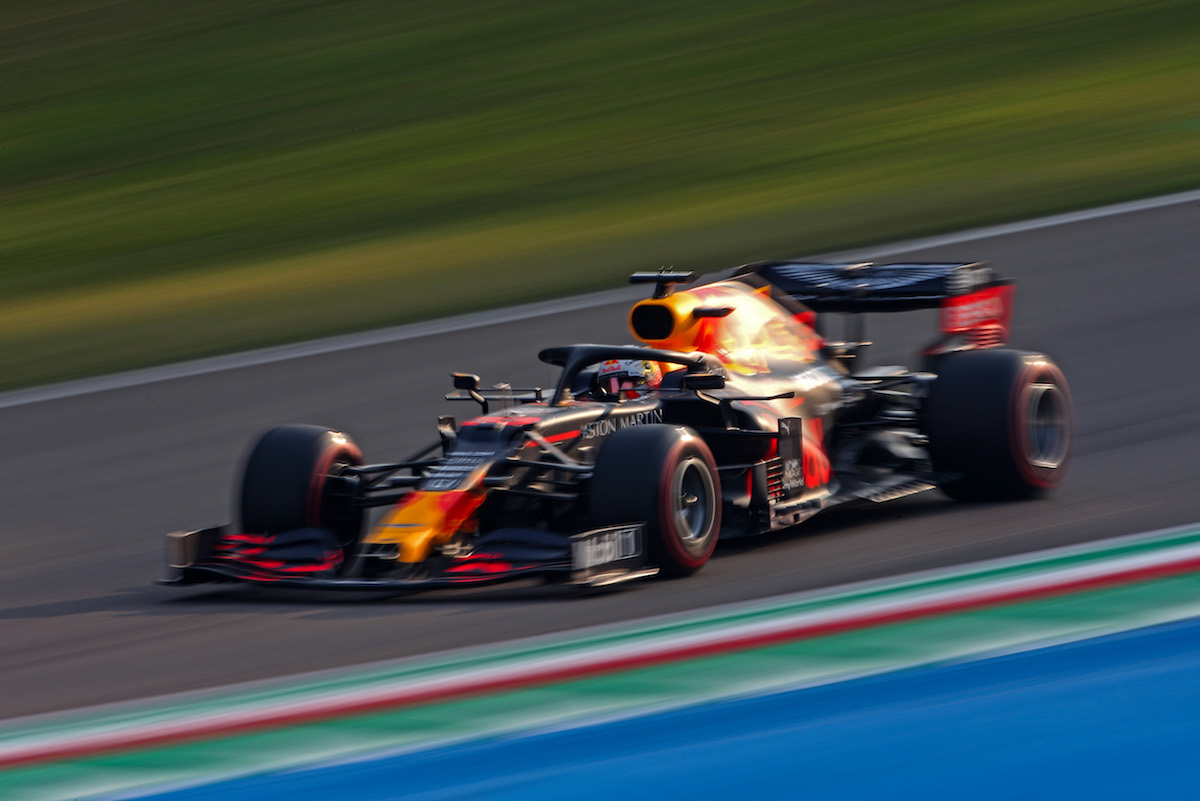 Red Bull’s Max Verstappen says he could never find a smooth rhythm amid a disruptive qualifying session ahead of the Emilia Romagna Grand Prix at Imola.

Verstappen ended Q3 in third place, but suffered a scare in Q2 when a spark-plug issue threatened to eliminate him early.

However, he escaped the drop-zone with a last-gasp effort, progressing into the final session on the Medium tyre which he will use to start Sunday’s race.

“The bodywork had to go off and I think the mechanics did a very good job to fix the car,” Verstappen reflected.

“But it basically ruined my qualifying because you have to go out on the Mediums, basically nail that lap and we just managed to go through on that.”

Even after making it through to the pole position shoot-out, Verstappen says his Q3 session was also marred by problems.

“The first lap in Q3, the tyres were a bit cold because I was in the middle of a train,” Verstappen stated.

“I never really got into a nice rhythm where you know ‘I’ve got a little bit of time here where I can push a little bit harder’.

So even in Q3 on the last lap I think we could have done quite a bit better here if we just had a smoother qualifying.

“I didn’t expect of course to beat them [Mercedes] in qualifying, I just wanted to be a bit closer and make it a bit more exciting.

“Today it was just very tricky and I never really found that rhythm that you normally get in qualifying where you put a new tyre set on and I know where to find my lap time.

“I was just learning still to go faster, so a bit of a shame but still – P3.”

When asked about his prospects for the race Verstappen hopes “that top-speed wise, we will be in a good position”, but expressed that he doesn’t “think it will be easy to pass” both Mercedes’.