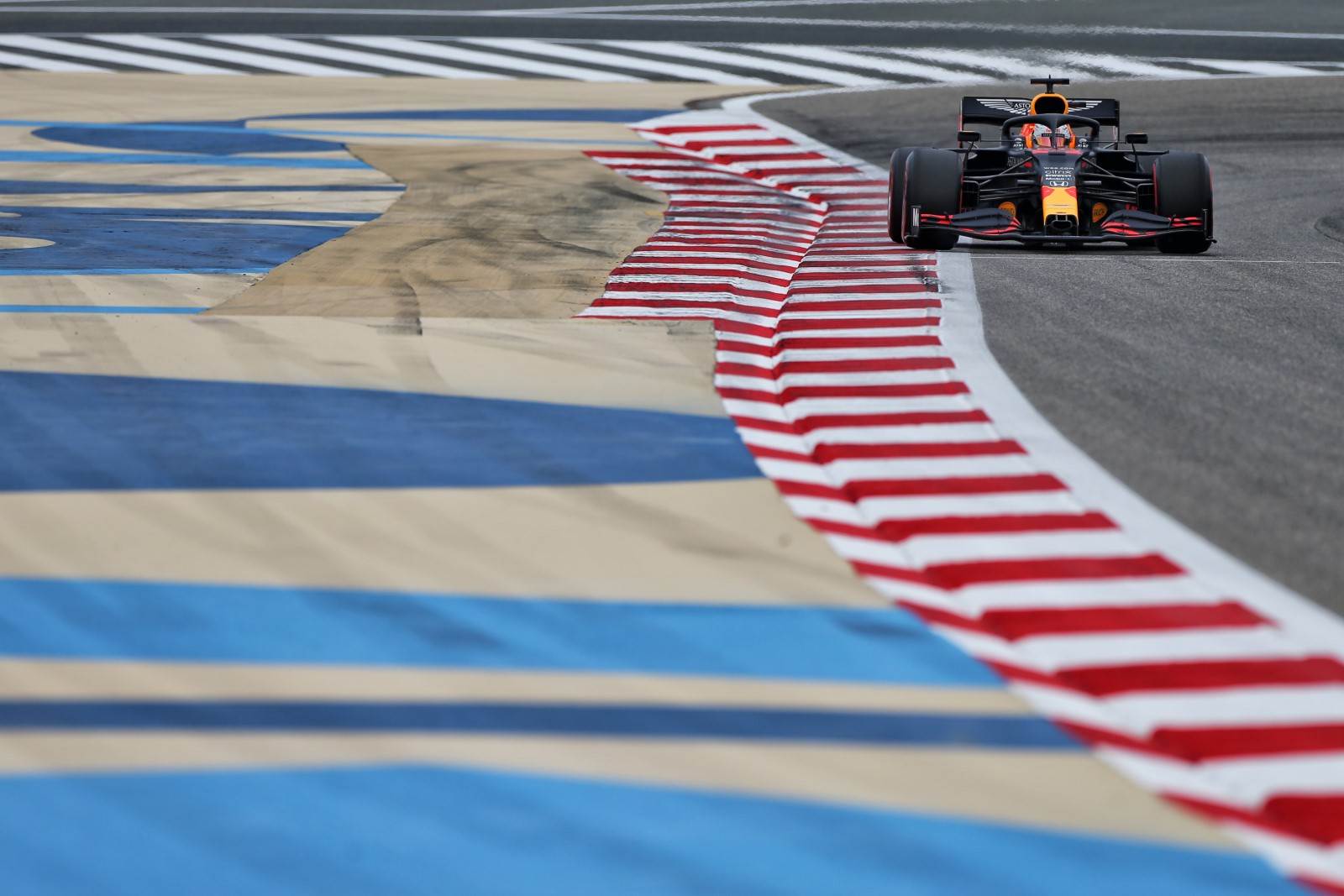 Red Bull’s Max Verstappen moved to the top of the timesheets during the daylight final practice session for Formula 1’s Bahrain Grand Prix.

Verstappen clocked a time of 1:28.355s to finish 0.263s clear of World Champion Lewis Hamilton, who had led the way through both of Friday’s sessions.

A gap of almost half a second split fourth from fifth as Red Bull and Mercedes finished clear of the field.

Fifth-placed Carlos Sainz, over a second down on Hamilton, was less then three-tenths clear of Renault’s Esteban Ocon, who finished in 12th spot.

That group included AlphaTauri’s Pierre Gasly and Daniil Kvyat, split by McLaren’s Lando Norris, as well as both Racing Points and Renaults, Lance Stroll and Daniel Ricciardo ahead of their respective team-mates.

Ferrari, which claimed an emphatic pole position at the last Bahrain round in March 2019, finished slightly adrift of the midfield scrap, almost repeating its result from Friday’s second session.

Giovinazzi finished comfortably clear of the remainder of the usual backmarker group, with George Russell 16th, ahead of Haas pair Romain Grosjean and Kevin Magnussen, while Kimi Raikkonen and Nicholas Latifi rounded out the field.