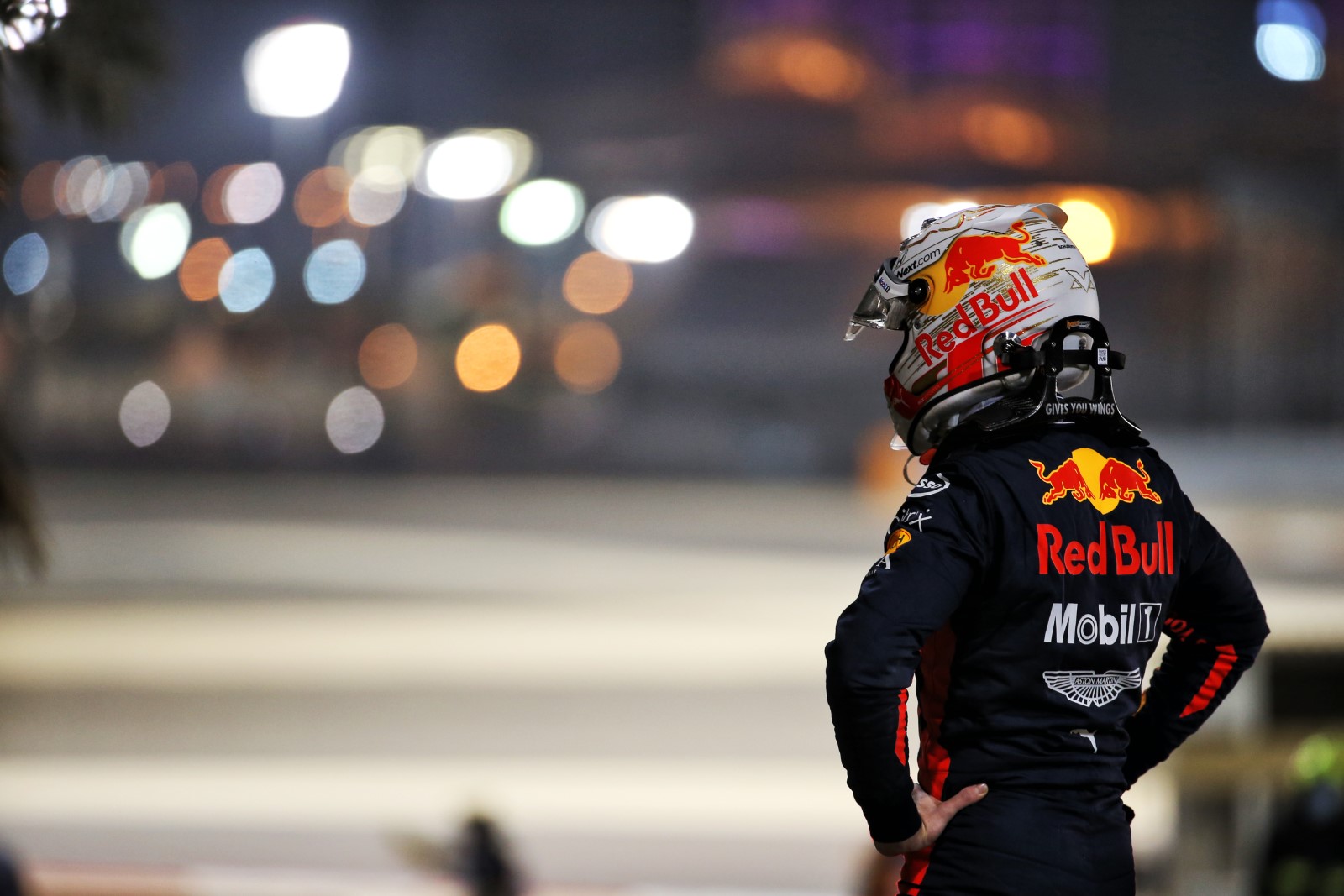 Max Verstappen says his Formula 1 rivals were “so aggressive and reckless” at the start of the Sakhir Grand Prix, as he was caught up in a first-lap incident.

Verstappen had to back off when Valtteri Bottas suffered a snap of oversteer through Turn 2 and subsequently lost out on the run to Turn 4, with Sergio Perez and Charles Leclerc overhauling the Red Bull driver.

But Leclerc locked up and spun Perez, with Verstappen darting to the outside to avoid the Racing Point driver, only to end up sliding through the gravel and into the wall.

Leclerc was deemed culpable for the incident and handed a three-place grid penalty for this weekend’s season-ending Abu Dhabi Grand Prix.

“I think actually the start wasn’t bad, Valtteri squeezed, which is normal, so I had to back out,” he said.

“Then it was about surviving between cars, I don’t know why they were being so aggressive and so reckless, we are all up in the front and at the end of the day two cars were a victim of that.

“I don’t really know why… especially Charles at Turn 4 why he dives up the inside that late. What do you expect? Checo cannot see what is happening on the inside and he basically just locked his wheel and understeered into him.

“I tried to go around the outside, but nothing you could do there [as] there was gravel.”

“It’s an incredibly frustrating end to the weekend with Max’s race being cut short on the opening lap through no fault of his own,” he said.

“Max was forced to take avoiding action and subsequently hit the barrier, which was a great shame as he would have been a real contender for the win.”