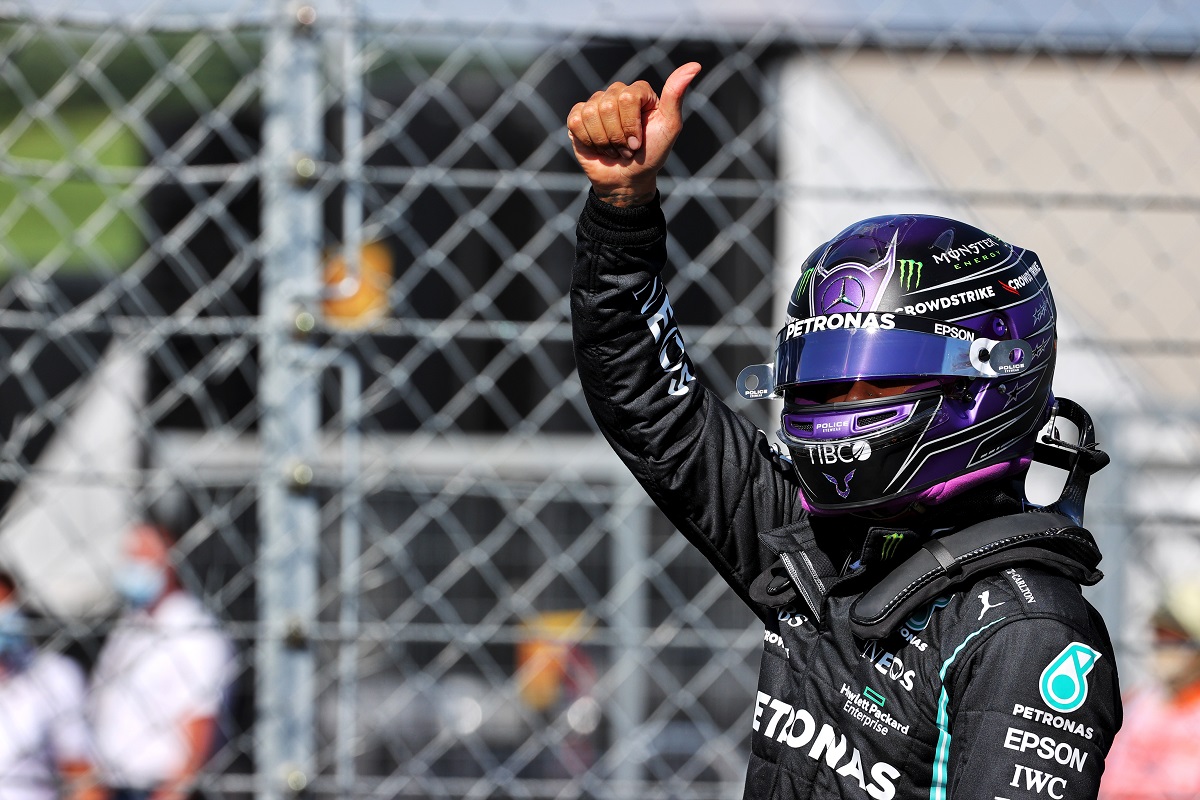 Red Bull’s Max Verstappen says the booing that was directed towards Lewis Hamilton after qualifying in Hungary is “not correct”.

Hamilton faced an unwelcome reception from the crowd at the Hungaroring after securing pole position for Sunday’s grand prix.

Verstappen and Hamilton are currently embroiled in a title fight, with tensions peaking two weeks ago when they collided on the opening lap at Silverstone.

After Saturday’s qualifying session, Verstappen condemned the booing but believes it shouldn’t have an effect on any driver.

“It’s not correct of course but at the end of the day we are drivers, we shouldn’t get disturbed by these kind of things,” Verstappen said.

“You should just focus on what you have to do and that’s to deliver in the car. Luckily we wear helmets so when you are driving when it matters, you don’t hear anything.

“That’s where we are different to other sports, so we are probably quite lucky with that. But like I said, it’s not nice but it shouldn’t influence any of us. We’re all professional and know what we have to do anyway.”

Hamilton also commented on the matter, insisting that the jeers will only serve to fuel him forward.

“Honestly, I’ve never actually felt so great with the booing, if anything, it just fuels me,” Hamilton said.

“I don’t really mind it. People act wild when it’s sport and competition. I don’t take it to heart. I must be doing something right to be up front, so it’s pretty good for me otherwise.”

Hamilton’s team-mate Valtteri Bottas criticised the boos, outlining that it is not a right response to the drivers who are giving their all for the sport they love.

“I don’t normally talk about these things, I don’t say what I think, but I heard a lot of booing at the end of qualifying and I don’t understand it,” Bottas said.

“I would like those people to question themselves and their behaviour, because I don’t think it’s fair.

“We are here as athletes to give every single bit we have for the sport we love and Lewis did an amazing lap in the end and then you get booing.

“I think the people should question themselves, it’s not right, it’s not fair and we don’t want to see these kinds of things.”