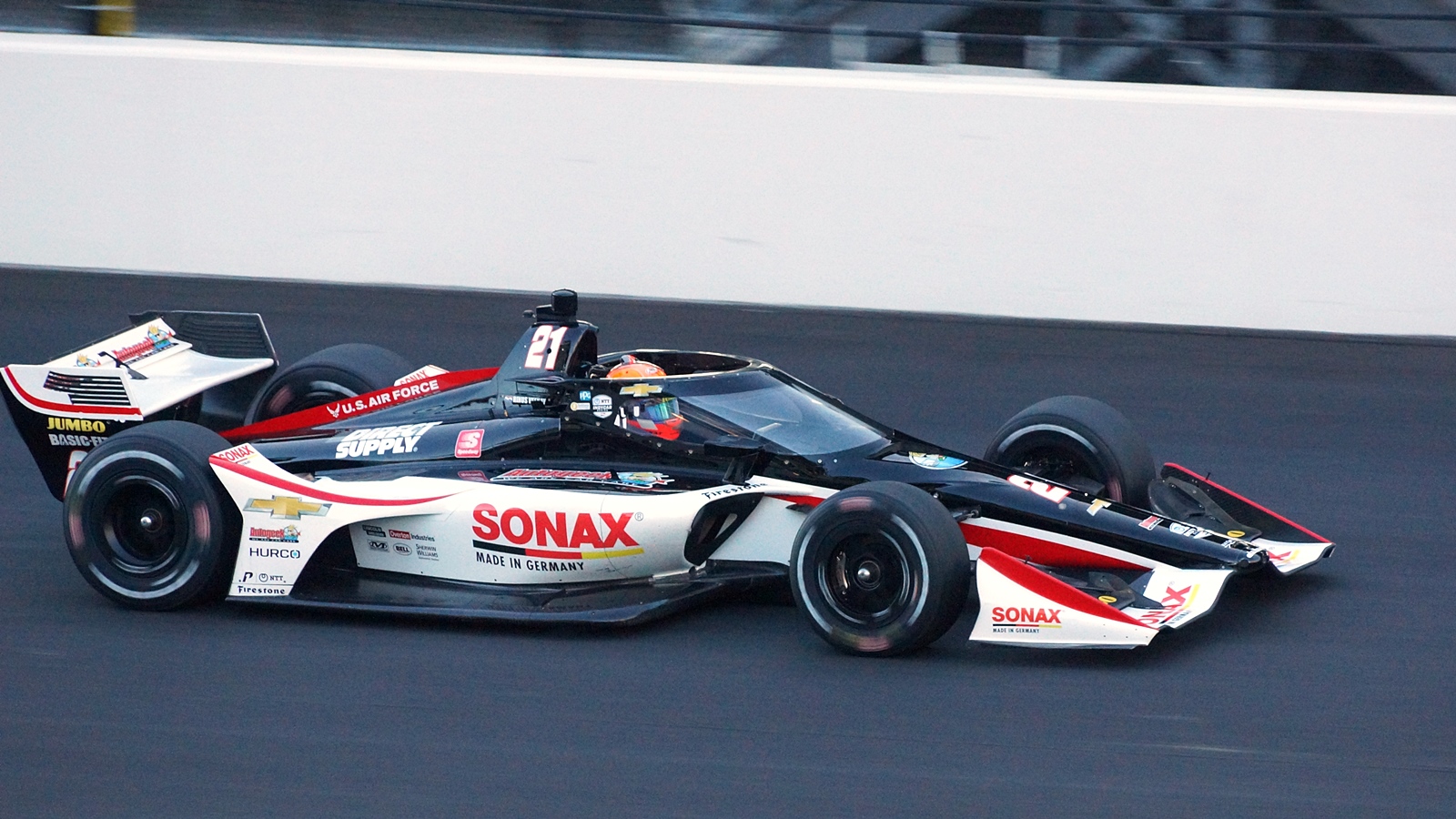 Rookie Rinus VeeKay took his maiden IndyCar pole position with a time of 1:09.6903 around the Indianapolis Motor Speedway road course as the sun set behind the grandstands.

He was in the second qualifying group, and had the advantage of running on the softer red tires on a cooling track to lay down the fastest time of the weekend.

The format for qualifying dictates that the group with the fastest qualifier makes up the inside rows, with the other group making up the outside rows.

This means that even though multiple drivers were faster than the best time laid out in the first group, they will start in the odd numbered positions down the grid.

The drivers who were in the first group had a major disadvantage that caused their speed deficit, which came in the form of Takuma Sato who spun and got stuck in the gravel two-thirds of the way through the session.

The ensuing red flag paused the session just as the field was looking to set quick times on the softer, red-walled tires.  Dixon, along with the rest of the field, was not able to improve on his first attempt, and will start on the sixth row.

Carrying a large points lead into the weekend, Dixon will look to fight his way through the field in order to maintain as much of his lead as he is able.

Josef Newgarden, however, had a good run in the early part of the session and will start on the front row.  He also earned a championship bonus point, something he desperately needs in order to help him catch Dixon in the standings.

Colton Herta was almost able to take the top position in the second group, but was unable to best VeeKay’s time and will start on the second row alongside Will Power.

Marco Andretti and Jack Harvey will make up the third row, with each driver hoping to get some good results before the season is out.