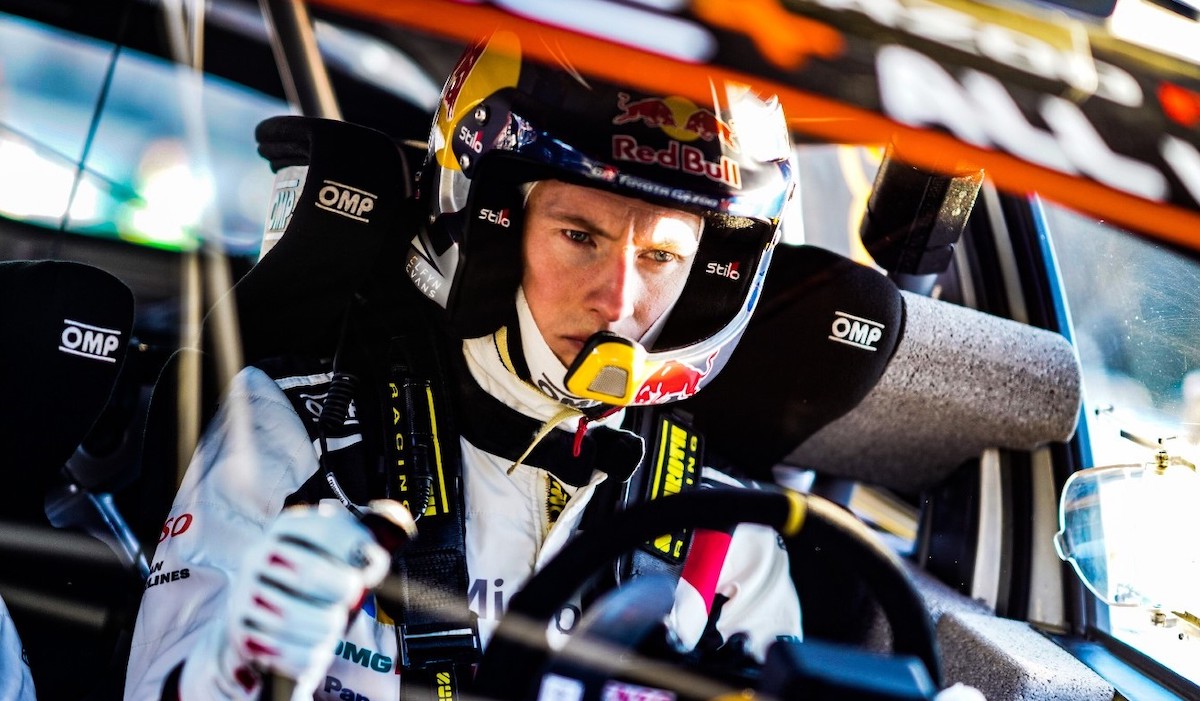 Toyota driver and proud Welshman Elfyn Evans says the future of the WRC in Britain is “bleak” and he fears that the event may never return to Wales.

The British leg of the WRC has been held in Wales since 2000, but was cancelled last year because of the global Coronavirus COVID-19 pandemic. It was hoped that the rally would return to Wales later this year but that event was cancelled too, with Motorsport UK citing the pandemic and the inevitable financial fallout from it. Now it seems that Northern Ireland is a more likely destination…

“It’s not looking great in all honesty to get the rally back here,” Evans said. “It is probably looking very bleak on the British round of the World Rally Championship, especially in north Wales. It was a fantastic event and one I was really looking forward to getting my teeth into again to be honest.”

The 32-year-old Welshman finished runner-up to Toyota team-mate Sebastien Ogier last season in the FIA World Rally Championship, losing out on a possible first title after a crash on the final event at Monza after leading the points standing for most of the season. The planned 2021 WRC calendar is aiming at 12 events, which started two weeks ago in Monte Carlo and ends in Japan, in November. Although Evans will be looking to rectify his near title miss in the new campaign, he doubts he will ever compete in the WRC on home soil.

“It’s a massive disappointment that we don’t have our home round here in north Wales… a massive disappointment for my home area, it’s a disappointment for me as a competitor and many other local competitors,” said Evans, who is from Dolgellau near Snowdonia. “It’s not looking great in all honesty to get the rally back here. It was a fantastic event, one of the favourites among a lot of the drivers and offered something unique to the WRC calendar and obviously something quite special for the area.

“A lot of local people would like to have the rally here and there’s a massive enthusiasm for the rally. But you know a lot of things revolve around finances these days and I don’t think that finance is there anymore to run the rally in north Wales, so a massive disappointment.”

He also doubts that even if he had clinched the title, having a Welsh FIA World Rally Champion would have had any bearing on bringing the British leg back to Wales.

“In all honesty, I’m not sure that’s going to make such a huge difference, you know it doesn’t come down to one person,” explained Evans. “There has to be an appetite there for from the government, to be honest, to support that scale of event. I don’t see one person having or not having success should have any impact on that. The benefit for the local area I would have thought should have superseded anything of that nature.”

The UK’s WRC event had been set to move to Northern Ireland for 2021 but was replaced on the calendar by the Ypres Rally in Belgium. Discussions are ongoing about the WRC returning to Northern Ireland in 2022 and for Evans that would be the next best thing to holding the event in Wales.

“I was really also looking forward to the event in Northern Ireland because having done a lot of the British Rally Championship in previous years,” he added. “I did a year of Fiesta Trophy quite early on in my career in Ireland. I think there’s the potential there to get a fantastic rally, albeit in very different conditions to what we have in Rally GB, but fingers crossed we can at least keep an event on British soil in the future with the hope of having Northern Ireland in for 2022.

“There are some fantastic roads there and some fantastic rallies, so you know I think still we could be in for an exciting event and there’s the possibility we’ll get that round in Northern Ireland in 2022. It will be the same for many other countries who lost a round or who will unfortunately lose theirs, but fingers crossed we can get that round in Northern Ireland together for 2022.”

Despite the disappointment of missing out on the WRC crown, Evans believes he can still take positives from last season.

“I think overall it was still a strong season, of course not the result we wanted, concluded Evans. “There were a lot of positives there for our first year together with Toyota. So yeah, of course disappointment on the final round, but overall a positive year and hopefully we can build on that moving forward now into 2021.

“Coming on the back of a strong campaign last year, of course we’re targeting to try and win the title, but also I’m sure all my competitors are there to do the same thing. So we’re going to have to find some small improvements from some of the rallies that we did last year to be even better. But also remember that we had good speed at times as well, so not everything needs to be changed.”