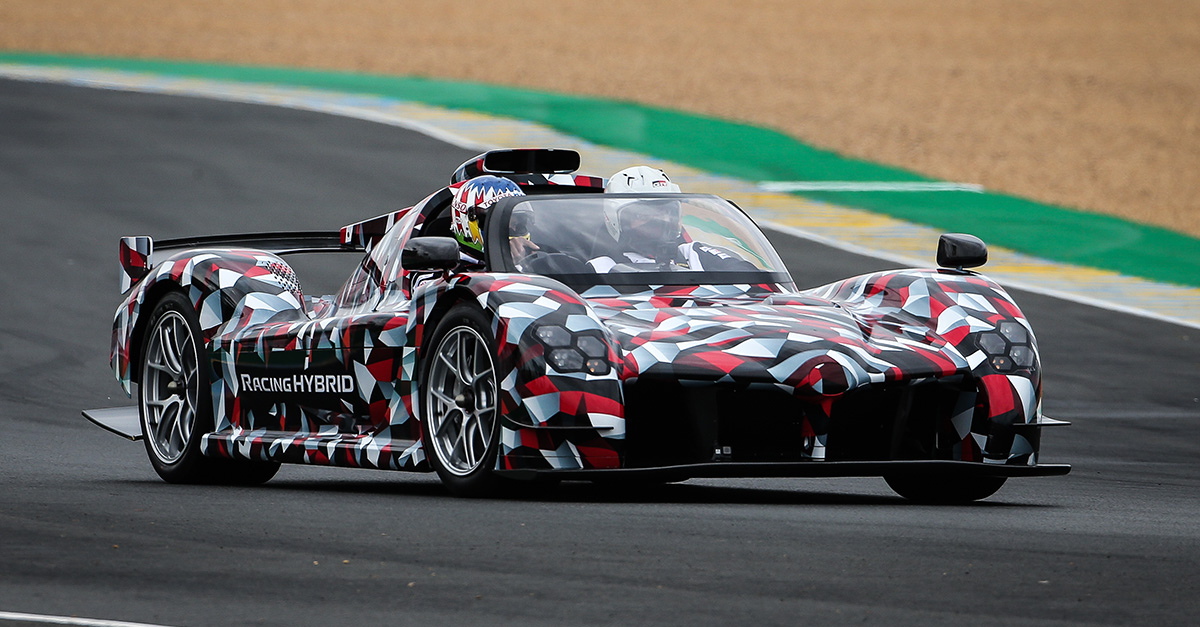 Toyota has confirmed that it will be unveiling its Le Mans Hypercar on January 11 2021.

The car will be entered into the new top category of the FIA World Endurance Championship and make its competitive debut in the season-opening 1000 Miles of Sebring.

The much-anticipated Hypercar is reportedly largely based on Toyota’s successful TS050 Hybrid LMP1 car, which has won the 24 Hours of Le Mans three years in a row in 2018, 2019 and 2020.

Toyota confirmed its intention to run a Le Mans Hypercar in the top class of the WEC during the 2019 24 Hours of Le Mans, when it also showed a render of the car in the traditional white, red and black livery.

Since then, development on the car has continued, despite the challenges brought on by the global COVID-19 pandemic.

Toyota gave the car its dynamic world debut at last month’s 24 Hours of Le Mans, where ex-F1 driver Alex Wurz drove the car before the start of the race.

“It was an honour to drive this development version of the GR Super Sport for the first time in public, and especially at a circuit like Le Mans which is so closely connected to this car,” Wurz said after driving it. “The GR Super Sport was born at Le Mans so this felt like a homecoming.

“This was my first time to drive the car, so a demonstration lap doesn’t allow me to push the limits but I could already feel that the GR Super Sport has the potential for incredible performance.

I could feel the similarities between the GR Super Sport and the TS050 HYBRID in terms of performance, particularly the four-wheel drive and the hybrid system. But the engineers tell me this was only a small taste of the GR Super Sport’s true performance so I am super excited to drive it again one day in the near future.”