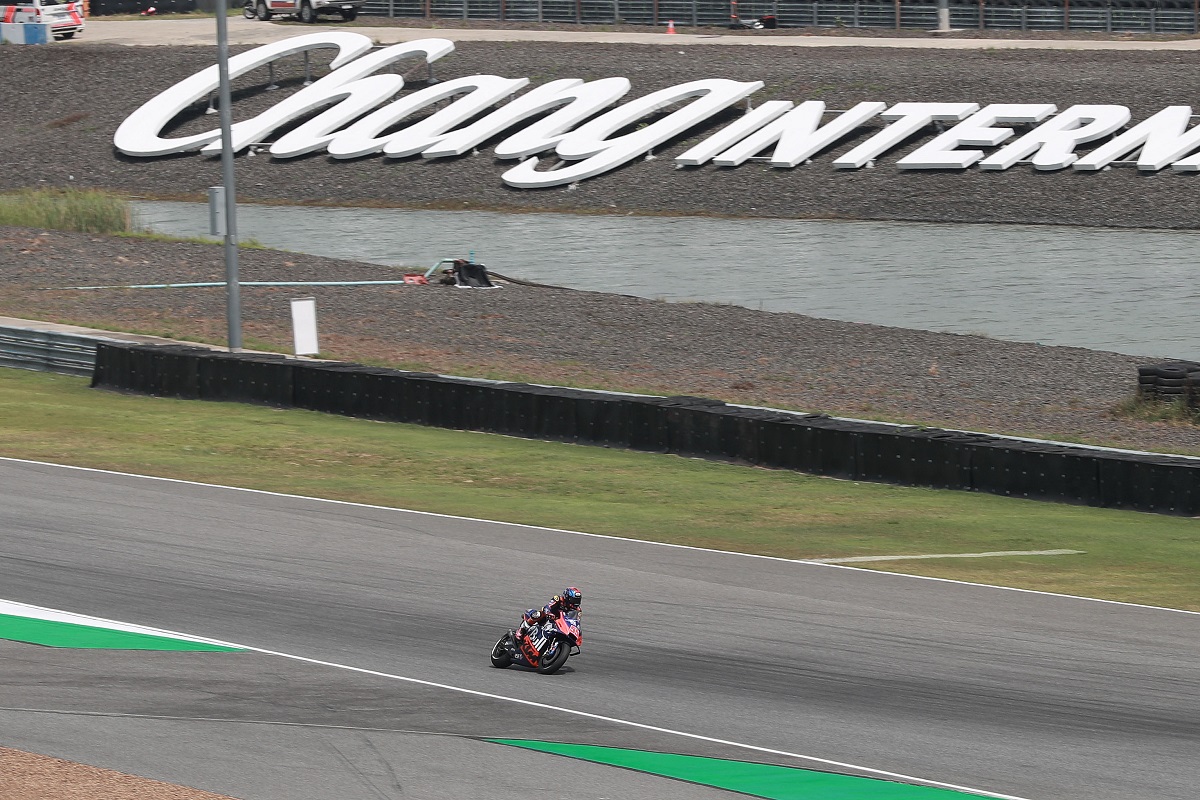 The Thailand government have reportedly taken the decision to push back its five year deal to host a MotoGP event by a year as a result of the Covid-19 pandemic.

Multiple reports coming from the country suggest that its original plan to host five MotoGP events at its Chang International Circuit in Buriram from 2021-‘25 has now been delayed by 12 months and will now take place over the 2022-‘26 period instead, reducing the planned 20 event ’21 MotoGP calendar to 19 races as it stands.

No official confirmation has yet been made by Dorna regarding the Thai GP’s postponement, though according to Thai news outlet Bangkok Post deputy spokeswomen for Government House-Traisuree Taisaranakul-the Spanish organisation has reiterated its ongoing commitment to the event going forwards.

Dorna Sports-promoter of all three of the MotoGP world championship classes- has already been forced to make several changes to its ’21 schedule as Covid-19 continues to compromise sporting events around the globe, only two weeks ago announcing that the United States and Argentina Grand Prix’s would be postponed.

The planned replacements for the two outings are a second contest at the Losail International Circuit in Qatar-just a week after the season opening encounter-while Portugal will host its second event in six months at the Algarve International Circuit in mid-April for the third round of the series, having already acted as the curtain-closer for the shortened ’20 campaign.

There are currently no further reserve events confirmed ready to join the MotoGP calendar following the Thai GP’s postponement, with the Portuguese round having already joined the calendar following the loss of the American events, while a potential Russian round at the new Igora Drive venue ultimately fell through.

Grand Prix motorcycle racings planned return to Indonesia at the Mandalika Street Circuit currently remains the only option to bump the number of races back to 20 for this season, though its inclusion is dependent on the track being completed in time and gaining the required FIM homologation.

The season is still set to get underway with a single bumper-sized pre-season test in Qatar early next month following the cancellation of the now traditional Malaysian shakedown and test at the Sepang International Circuit-which was set to occur in mid-Feburary-with an extra two days running afforded to the teams in Qatar as a result.