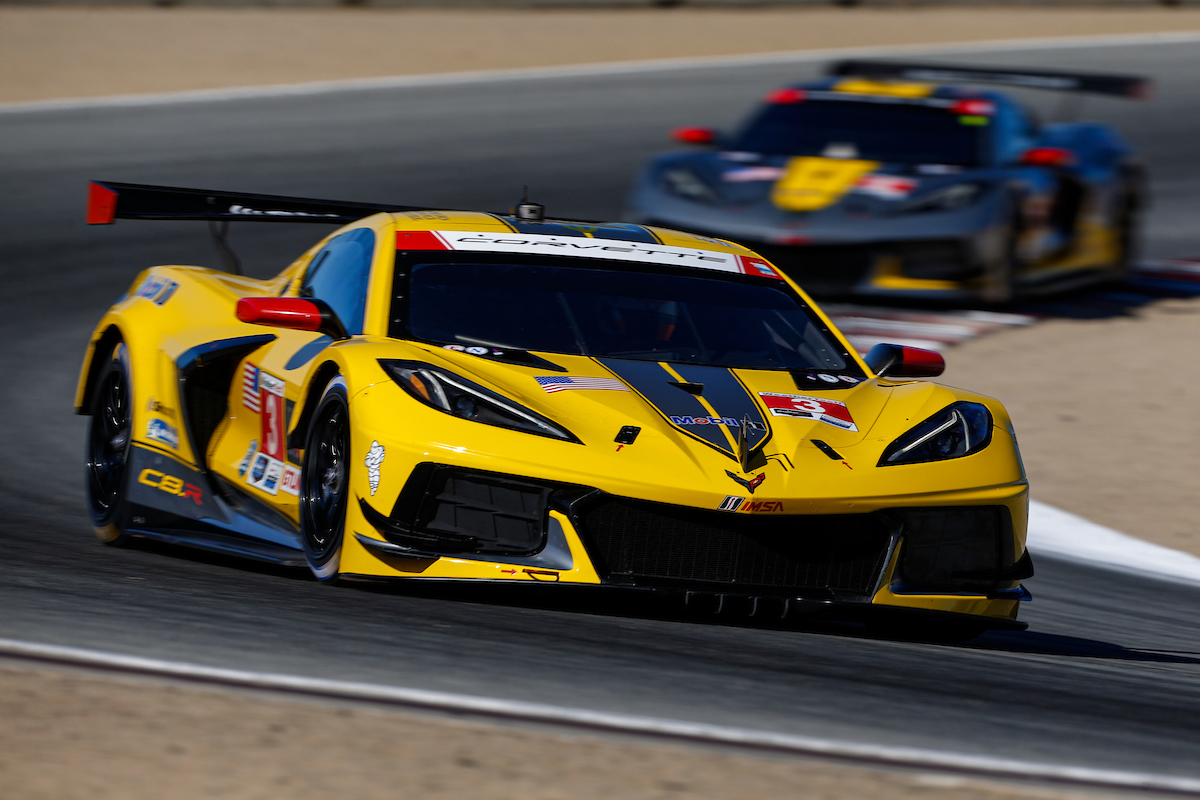 Corvette Racing has signed Nick Tandy and Alexander Sims to its line-up for the 2021 IMSA WeatherTech Sportscar Championship.

Tandy replace the outgoing Oliver Gavin and partner Tommy Milner aboard the #4 Corvette C8.R for the full 2021 campaign, while Sims replaces Marcel Fässler as the driver for the endurance rounds.

Tandy moves over from Porsche after the German manufacturer brought an end to its factory GTLM at Sebring last month. Since debuting in IMSA, he has racked up fifteen career wins, including wins in each of the four major American endurance races.

“Since I’ve been racing in IMSA and at Le Mans, Corvette Racing has been the team that everyone looks up to,” said Tandy, who has 15 career IMSA wins dating to his 2012 debut. “Many operations aspire to get to the level that Corvette Racing operates at.

“It’s something I’ve always looked at, and it’s impressed me. The fact that the opportunity arose where I could join the team and stay racing within IMSA is a dream opportunity.”

Sims, meanwhile, joins Corvette after several years of service with BMW’s factory program in both IMSA, the FIA WEC and Formula E.

Sims’s IMSA tenure included wins at Watkins Glen and Petit Le Mans in 2017 and the BMW M8 GTE’s first win at VIR in 2018.

“During my two previous years in IMSA, it was clear the level that Corvette Racing is on,” Sims said. “I have such fantastic memories of battling with some of the Corvette guys, and some of those battles went against me!

“My appreciation and respect for Corvette Racing certainly increased. … Now, to have a chance to be in that fold and be part of the program with the absolute pros on this team is really quite special.”