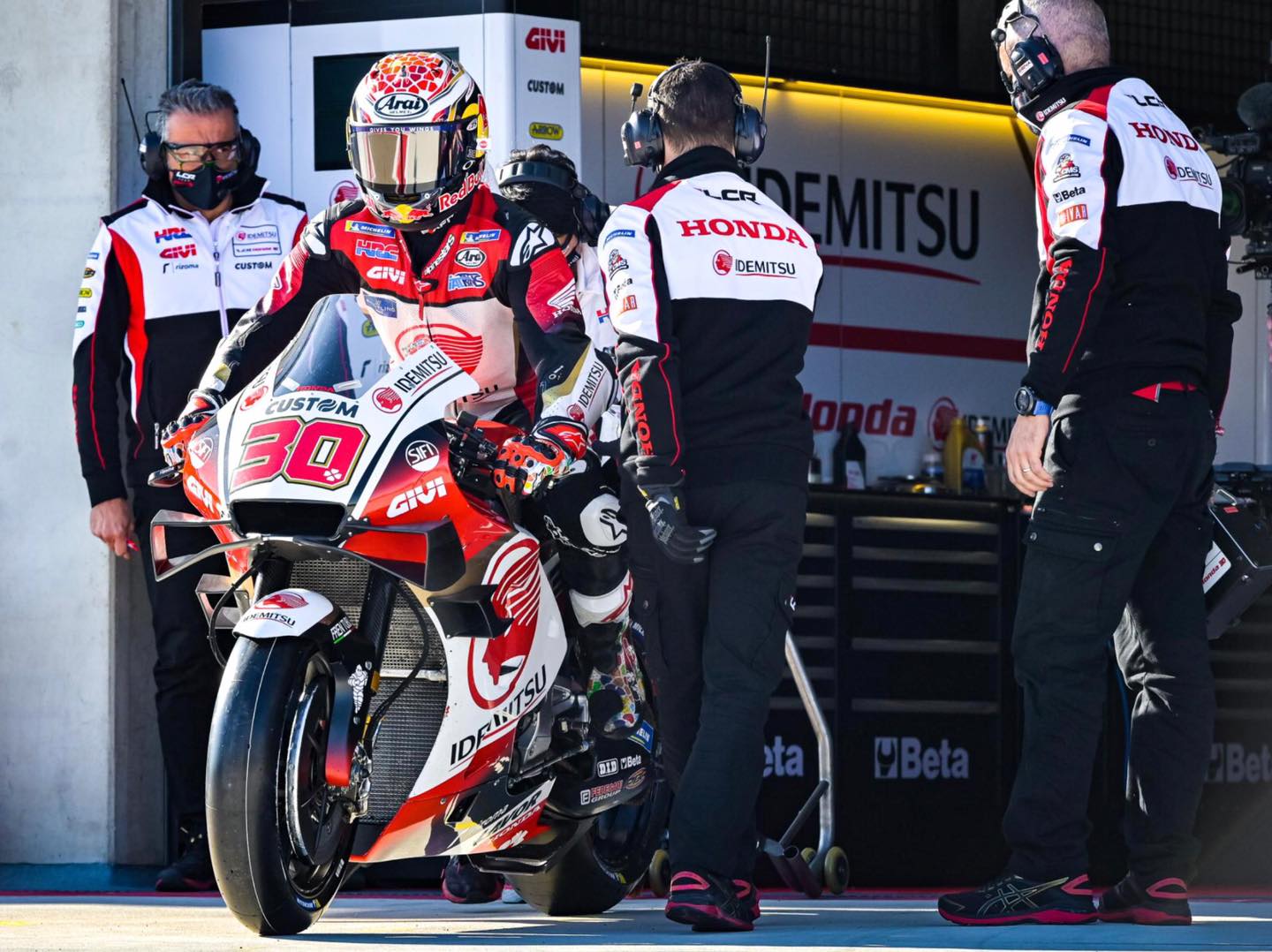 LCR Honda rider Takaaki Nakagami set the fastest time of FP2 for the Alcaniz Grand Prix as riders including Andrea Dovizioso and Jack Miller finished outside the top ten.

Nakagami initially rode his Honda MotoGP machine around the Aragon circuit in a time of 1:47.931 before bettering himself with a 1:47.782, a time which put Joan Mir, the previously on top, into 5th place.

Maverick Viñales finished just behind the number 12 man in 2nd place for the factory Yamaha outfit, with Nakagami’s team-mate Cal Crutchlow making it a top 3 for the LCR Honda team.

It was difficult outing for both of the Ducati teams with Danilo Petrucci being their quickest rider in 17th, whilst Pramac pilot Francesco Bagnaia ended Friday running in P20 after suffering a crash at Turn 1 in the last few seconds.

Aragon GP winner, Alex Rins put in an impressive performance early in the 45-minute event, taking the top spot for a brief moment with a time of 1:49.111 but finished the day in 7th on combined practice times.

His Ecstar Suzuki team-mate Joan Mir also had a fleeting moment of glory with a lap time of 1:48.182 before the faster riders of Fabio Quartararo, Cal Crutchlow, and Maverick Viñales pushed him out of a front-row worthy time.

The Spaniard ended the session in 5th place on combined session times with his fastest lap being the aforementioned 1:48.182.

Places 11 to 21 were filled by some big names as the number 33 KTM of Brad Binder finished in 14th place ahead of the SRT Yamaha of Franco Morbidelli in 15th and the Pramac Ducati of number 43 man Jack Miller in 18th.