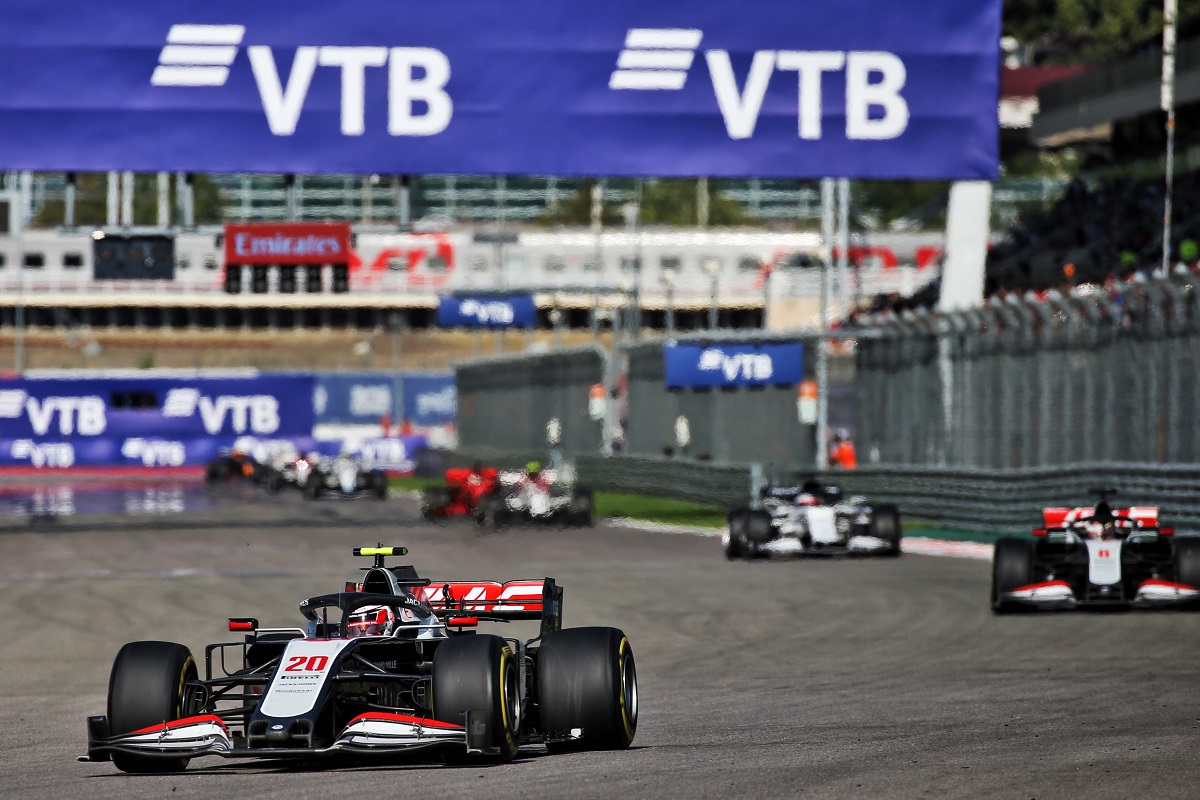 The Dane has consistently gained places on the opening lap of grands prix this year, progressing into the top 10 on the first lap last time out at Sochi after lining up in 18th place.

Haas has not possessed a car capable of regularly competing for points in 2020, scoring just one top 10 finish earlier this year at the Hungarian Grand Prix.

However, Steiner has hailed Magnussen’s first lap abilities, stating it is a factor that is impossible to add into race strategy.

“I think Kevin has shown that he’s one of the best starters, if not the best one on the grid. It’s been pretty amazing what he’s done this year with his starts,” Steiner said.

“You always hope for it but starts are such an unknown that you cannot really strategically use them. We always hope for the best, but it doesn’t go into our strategy planning.”

This weekend sees the Eifel Grand Prix take place, marking Haas’ first trip to the Nurburgring, which hasn’t hosted an F1 race since 2013.

With rain predicted for the event, Steiner is hopeful the wet weather will create a scenario that places Haas inside the points at the chequered flag.

“Hopefully we can get a Mugello-style race,” Steiner commented. “That was an interesting one for all the teams, all the spectators, basically it was great for everyone involved in it.

“The unknowns just kept coming towards us. Hopefully the same thing happens this weekend at the Nurburgring.

“Rain is the prediction for Germany, that will make things even more interesting.

“The best outcome will be if we have a good race, with lots of variables, and from our perspective, to come home with some points – something we haven’t achieved a lot of this year.”