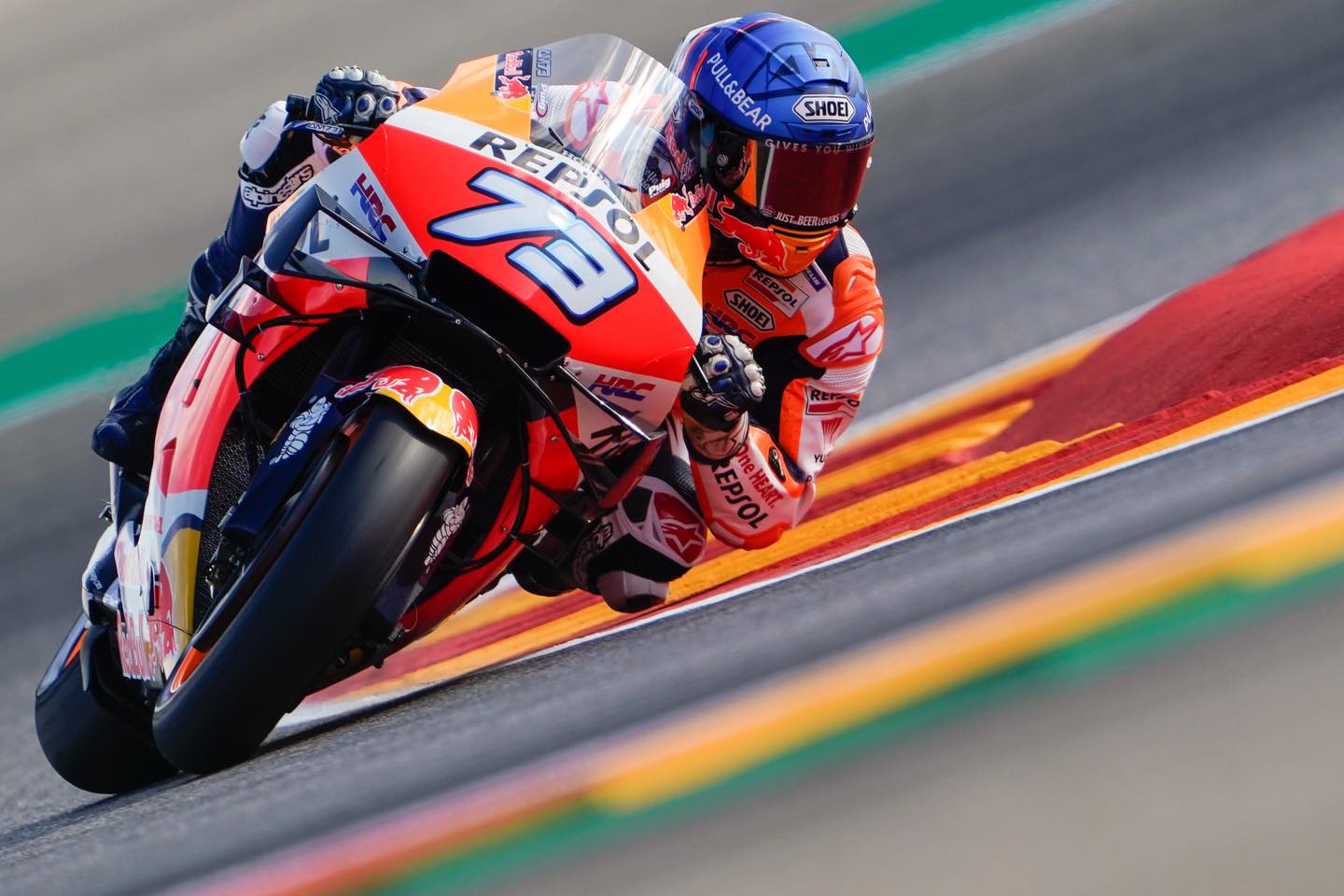 Repsol Honda Rider Alex Marquez has said that being on the podium for the second time in a row was ‘so special’ for both him and the team.

The Spaniard rose nine places from 11th on the grid to finish the race in second after fighting tooth-and-nail with race winner Alex Rins in the final three laps.

Marquez praised the efforts of the factory Honda team for his result.

He said: “I am so proud about what my team give me today because we have a nearly perfect bike. Always you can improve something but we have a really good bike.

“They told me before the race believe in yourself. Do what you did in every practice.”

Describing the start of the race, Marquez added: “I felt quite well with the bikeand in the beginning I was overtaking the people step-by-step and not getting crazy so yeah I can be really happy.”

However, Marquez also mentioned making a few errors during the last part of the race when he began to close in on race leader Rins.

“I did a mistake with two laps to go in the first corner and I was a little bit wide and I lost the contact with him a little bit.

“But, yeah, a second podium in a row is so special for me and the team”, he said.

When asked about his choice of tyres for the race, Marquez said that there was “no way” he was going to use a soft tyre for the rear of his bike, instead opting for the medium tyre, even though it made the bike harder to stop.

“the left side was a little bit too soft and I was not able to stop the bike in the last moment, so, yeah, I suffered a little bit in that way but we are on the podium in second fighting for the victory until the last lap and we should be happy.”

During the grand prix Marquez’s bike slid at the final few corners but he was able to regain control and carry on to the finish.

Describing the moment , he said: “In the last corner I had a moment but it wasn’t a really big one and I had everything under control. I was riding 100% from the first lap until the end.”

Looking ahead to thesecond round of the Aragon double-header, Marquez hopes to make some improvements to his bike to increase overall race pace.

He said: “I think we can improve so many things. We can improve things that maybe can be a little bit faster, so I will try to focus hard in the next weekend.”