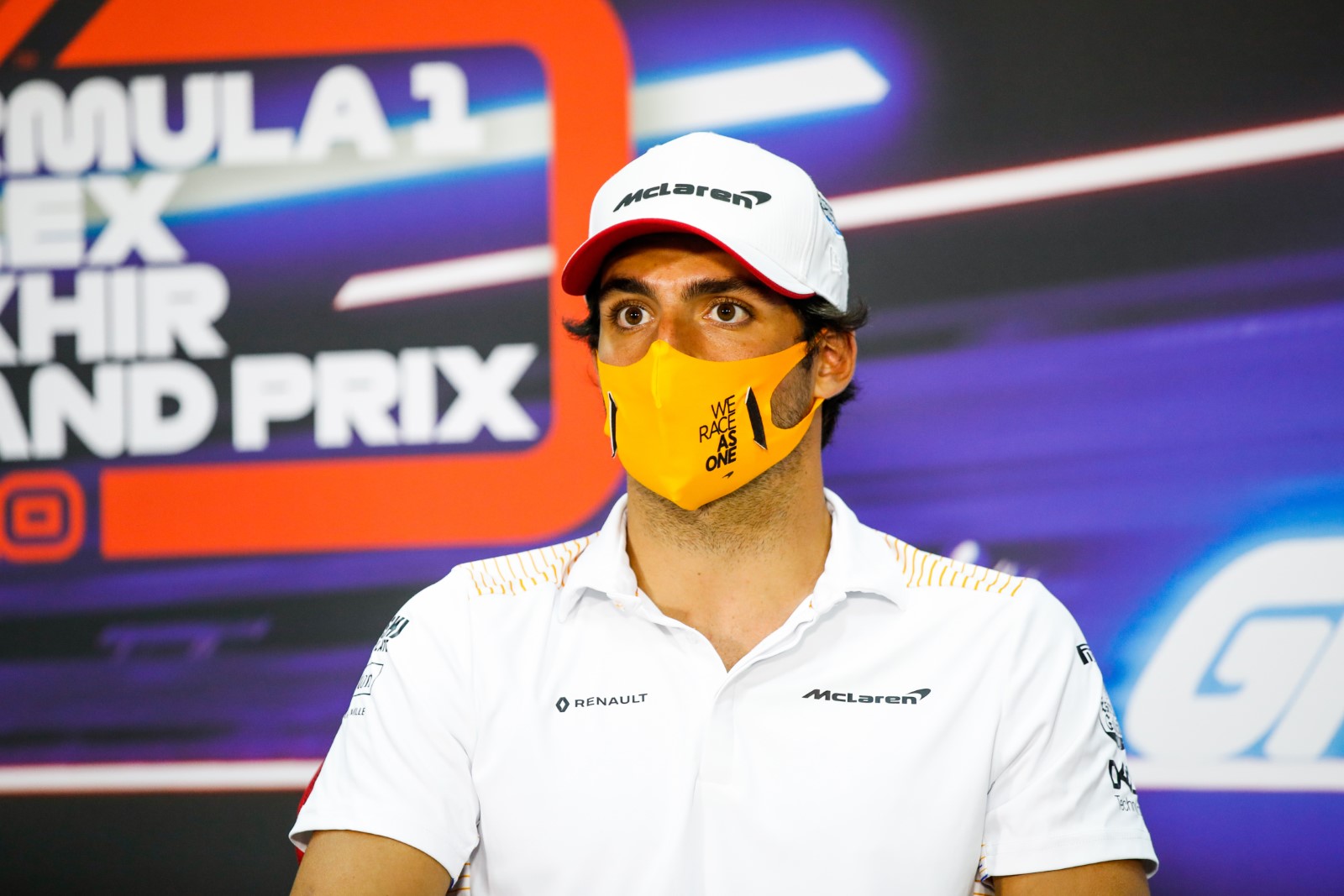 Carlos Sainz says he will try and push to be allowed to participate in this month’s post-season Abu Dhabi Formula 1 test with future employer Ferrari.

The championship will stay on at the Yas Marina Circuit for one day of running on December 15 ostensibly to give young drivers an opportunity to sample Formula 1 machinery.

Teams have the option to run one or two cars – or not to attend at all – but on Thursday it was confirmed that Renault had received dispensation to run the returning Fernando Alonso.

Ferrari is set to have a large representation, on account of Robert Shwartzman and Antonio Fuoco testing for the manufacturer, Mick Schumacher driving for 2021 employer Haas and Callum Ilott receiving an outing for Alfa Romeo.

Sainz will join Ferrari on a two-year deal for 2021/22 but says he wants to test its 2020 car in Abu Dhabi if the team can be granted the required approval.

“I’m willing to test for Ferrari, I think it’s no secret, especially now the hand has been a bit opened by the FIA for drivers that are not rookies or not young drivers to test,” he said.

“I don’t see why the FIA wouldn’t maybe open the hand a bit also to other drivers.

“Personally I wouldn’t take any young driver out of the seat. I think Callum, Mick, Robert, I think they are all still going to test, if I jump into a Ferrari I’m not going to allow them not to test.

“I think Ferrari is one of the teams that are promoting young drivers the most right now, I don’t think why I shouldn’t get the chance also to test.

“I don’t know what’s going to happen, or the FIA, but you can tell I’m going to be there as much as I can.”

Sainz also clarified that his current contract with McLaren would allow him to test for Ferrari before the end of the calendar year.