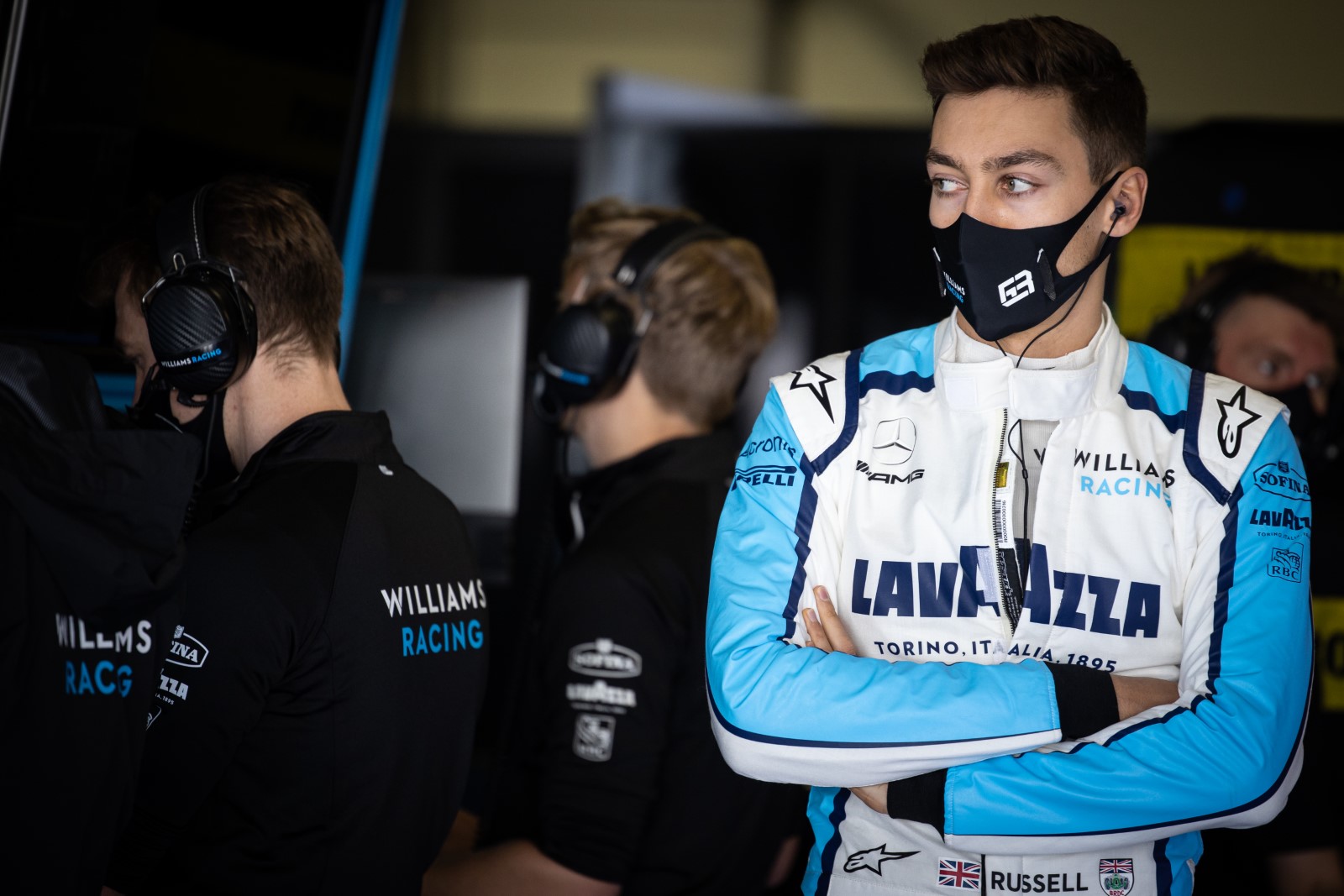 George Russell has emphasised that he has no worries over his 2021 Formula 1 seat with Williams and believes current speculation is being fuelled by Sergio Perez’s camp.

Mercedes-backed Russell was confirmed by Williams for the 2021 season back in July, under previous ownership, but his position has been the subject of speculation in recent weeks amid Perez’s availability.

Perez is without a 2021 seat in the wake of being replaced at Racing Point by Sebastian Vettel and it is understood potential avenues at Alfa Romeo and Haas have diminished.

Speaking after the Portuguese Grand Prix, in which he finished 14th, Russell said that the situation has been clarified and suggested the Mexican’s representatives were trying to affect the market.

“I mean nothing’s changed from my side, I try and do my talking on the track, and as I said before I am not concerned for next year,” he said.

“I know Mercedes and Toto [Wolff] have my back. They’ve told me that. Toto himself has told me that which I absolutely trust.

“As I say I think this speculation has probably been fed by the Perez camp who are trying to apply pressure on other teams further down the grid. Potentially a Red Bull seat.

“So that’s my view on it, I’ve got a contract, I’ve got nothing to worry about and I’m just here trying to focus on my job.”

When asked by MotorsportWeek.com whether he had spoken to Dorilton’s representatives about the situation Russell said: “Yeah, they’ve been here, I spoke with them, they said don’t worry, and everything’s going to be fine.

“We had a small chat about it and moved on to talking about the rest of this year, moving into next year and how we’re going to push the team further forward, which is enough for me.”