Russell has ‘no expectations’ for Mercedes race debut 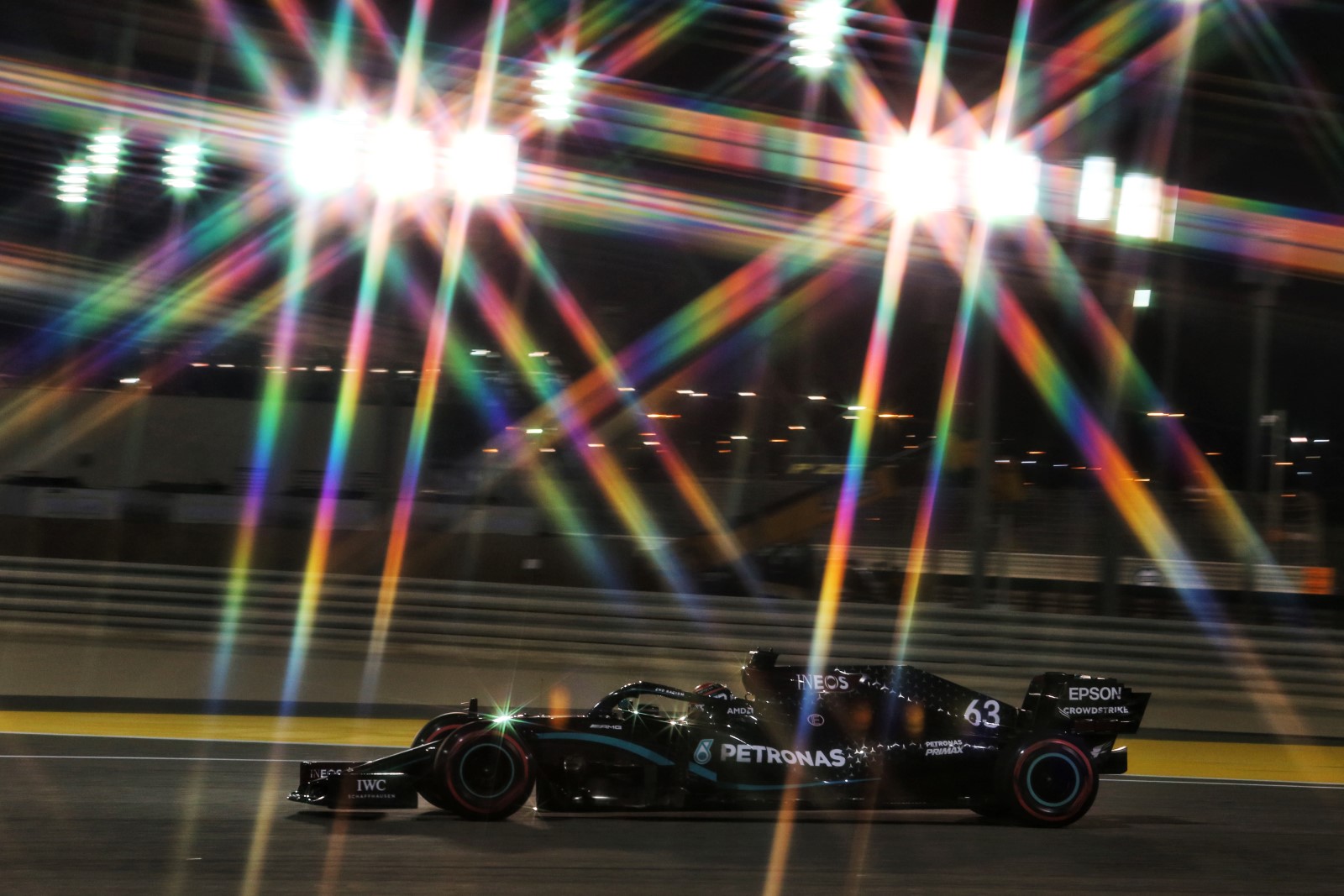 George Russell has stressed that he is heading into Formula 1’s Sakhir Grand Prix “with an open mind” despite securing a front-row start on his Mercedes debut.

Full-time Williams driver Russell has replaced Lewis Hamilton at Mercedes in the wake of the World Champion testing positive for Covid-19.

Russell has been a front-runner throughout the weekend, topping both of Friday’s sessions, and will start from second place, having qualified a mere 0.026s down on Valtteri Bottas.

“Lewis dropped me a message on Thursday or Friday night, can’t remember now, just wishing me well and said look after his car which… so far so good,” he said.

“Obviously it would be amazing to stand on the podium but ultimately, as a racer, you just want to deliver the best performance possible.

“In all honesty, some of the performances that we achieved in the Williams for a P14 in qualifying was… the buzz and the thrill to achieve that was incredible.

Russell added that he expects “quite a fatiguing race” due to his seating position in the car, on account of being taller than both of Mercedes’ regular racers, which has also forced him to wear smaller shoes.

But he emphasised that he has been in awe of the level at which Mercedes operates.

“The car is finessed to every single detail and everything from brakes, downforce, power handles to bumps, I could not believe how good the car was over the bumps into Turn 7,” he said.

“This is the level that everyone in Formula 1 is working towards, what the guys at Mercedes in Brackley are doing at the moment, just incredible.

“They want to win and I asked the guys, how do they feel, they’ve obviously been so loyal with Lewis and they’ve been part of his team for so long and (they said) ‘listen, we just want to win’ and that just shows the mentality of that team.”