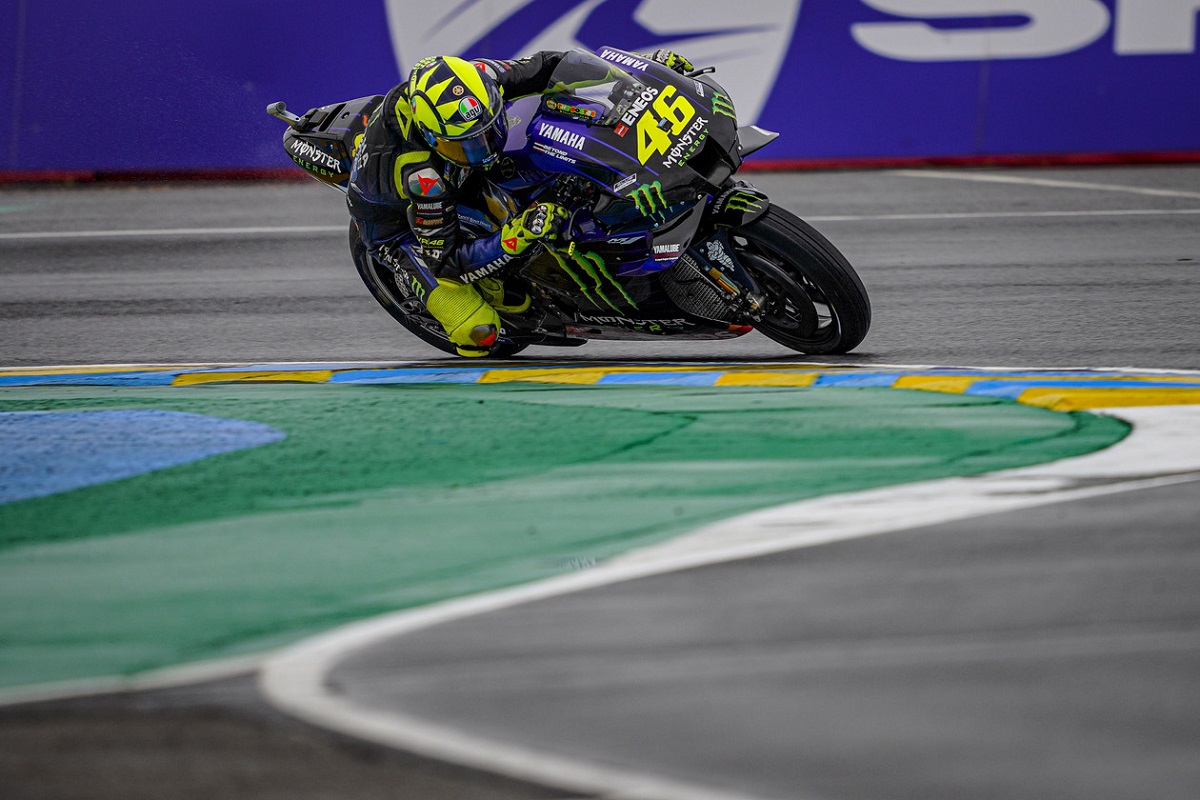 While Rossi crashed out at the second corner, Fabio Quartararo was the best of the remaining Yamaha representatives in the final classification in ninth just ahead of Maverick Vinales in tenth, with Franco Morbidelli retiring due to a mechanical issue while circulating in 16th.

Rossi conceded that the M1 “suffered a lot” in the “half and half” conditions that blanketed the Le Mans venue, the Italian pointing the finger at a lack of rear grip, though this is not a problem when the track is fully wet.

“If it’s full wet like Friday we can go fast, I had a good feeling with the bike and was able to go fast, but in these intermediate conditions our bike suffers and the other three M1’s had tough races.”

Rossi went on to explain the reason for his third successive crash and resulting non-score that has seen him plummet to 13th in the riders standings, but at least that the “speed and potential” he has shown in the recent events is “not so bad”.

“It’s a great shame to go out of the race at the first corner, it’s hard to know whether I would’ve had a good feeling with the bike or anything (crashing early).

“I was in a good position, and then I entered the second corner really slow because of the really difficult conditions with the cold and water, but unfortunately I lost the rear.

“It’s a shame because I’ve also been quite unlucky during this period (three successive crashes) because in the last three races we haven’t scored any points, and my speed and potential was not so bad.”

The M1 struggled significantly with traction on the exit of slow speed corners across the 2018 and ’19 campaigns, though the issue has been all-but-eradicated in dry and full wet conditions thanks to a cocktail of improvements within the electronics and a new engine introduced for ’20.

Yamaha’s problems on Sunday of the French GP weekend may well signify a return of the issue in a particular set of circumstances, leaving its teams with work to do should it not want to fall foul of the conditions again should they re-appear at some point during the final five contests.