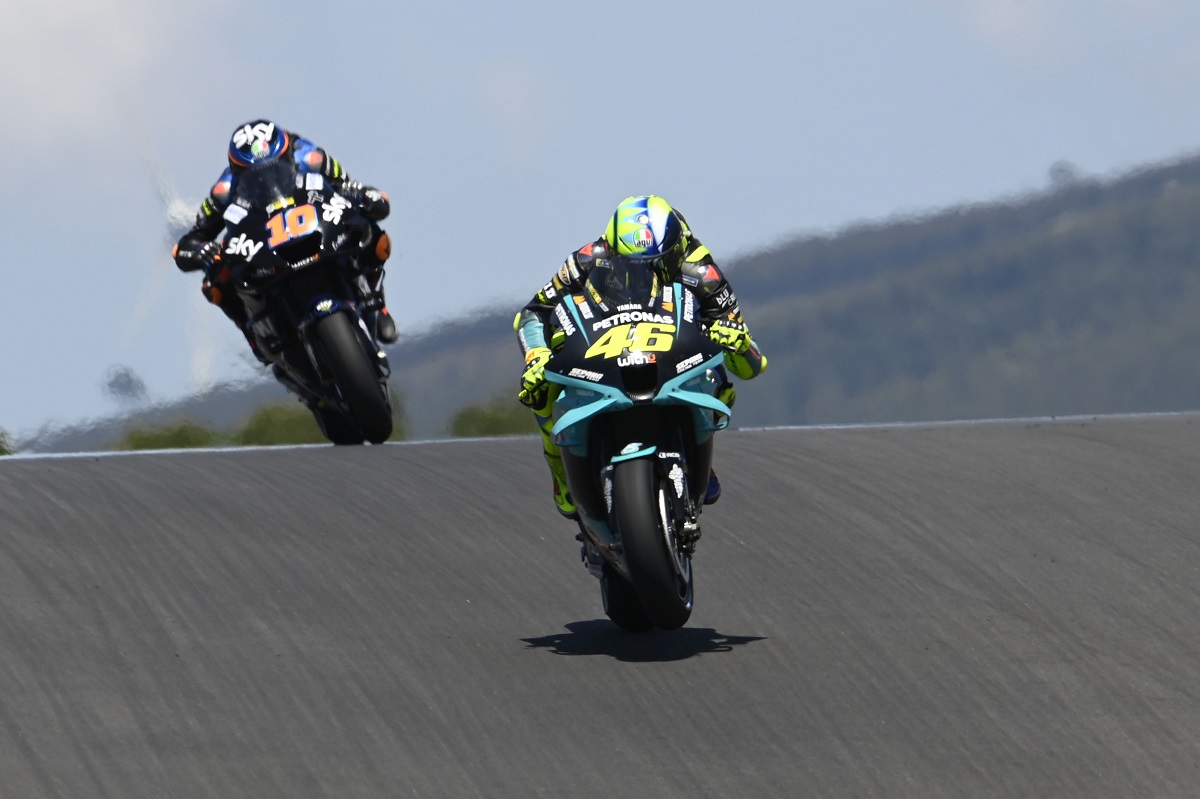 Valentino Rossi says his encouraging speed during the Portuguese Grand Prix is “important for my head” despite crashing out at Turn 11 just past the mid-point of the encounter.

Following a tough first two races of the year in Qatar-where he managed to pick up just four points-Rossi looked to struggle again at the Algarve International Circuit after qualifying down in 17th.

The pace he was able to show during the 25-lap contest was much better though, fighting through to 11th and recording times comparable to those battling within the top ten before tucking the front of his Yamaha ten laps from the flag.

The Petronas SRT pilot says he felt “good” throughout the race after opting for the hard compound rear tyre, and that the “decent” contest he was able to put together before his untimely demise was “important” mentally for the Italian heading forwards.

“It’s a great shame because today during the race I was a bit better, we used the hard tyre and I felt good,” explained Rossi.

“My race up to that point was decent and I can take some good points, this is important for my head and for the team and everything.”

Rossi admitted he didn’t know for sure what caused him to lose the front of his M1, though he reckoned the fact that his medium front tyre had greater amounts of wear on the right side could have been a factor.

“I don’t know (what caused the crash) I did everything the same as the lap before but I lost the front, the medium front suffered a bit more on the right side but at that point I pushed quite hard and lost the front,” continued the seven-time premier class champion.

“The good thing is that in the race I was stronger, and now we’ll wait for Jerez which is a good track (for me), in the second race I was fast and was on the podium, so we’ll see.”

Morbidelli backed up his strong run to fifth in qualifying as he remained entrenched within the podium battle throughout the race, though conceded that he didn’t quite have the “potential to attack” for a first rostrum of the year.

“I’m very happy with the fourth place, the race was really nice and I was able to fight my way through at the start of the race and my rhythm was good enough to stay in the battle for second place,” said Morbidelli.

“I was surprised and proud of that, unfortunately I didn’t have the potential to attack and do something more but I’m really pleased with the result and it’s a good injection of energy after the two races in Qatar, so we need to enjoy the moment.

“Last year I was close to the podium in both races (at Jerez), this year it’ll be tougher but I’ll at least try and be near the podium again.”