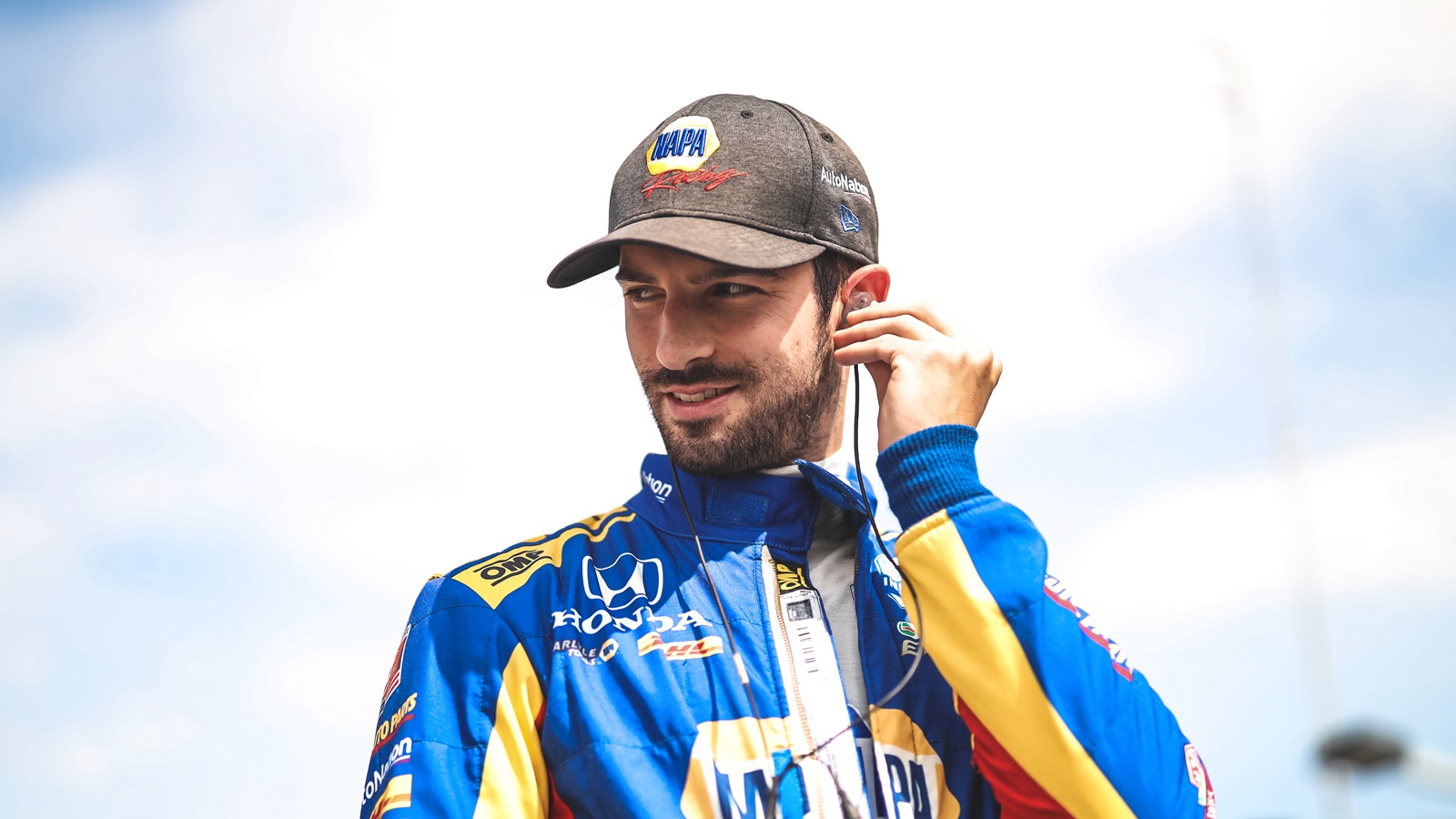 Alexander Rossi finished second behind Josef Newgarden in the first race of the Harvest GP double-header, but he was far from happy with that result on account of a penalty that he feels was undeserved.

Near the halfway point in the 85-lap race, Rossi was embroiled with a tight battle with the championship leader Scott Dixon.  At one point the American exceeded track limits and was given a penalty in the form giving the position back to Dixon.

This hurt Rossi considerably, as he lost all of his momentum and then was caught up in lapped traffic in his attempt to regain the lost time.

“The penalty cost us a lot of time, track position, then also we were stuck behind lap cars there,” said Rossi after the race.  “I think that was really where Josef was able to do the big gap on us.

“I’m not saying we would have won, but we at least could have given it a fight.  We need to discuss that, get to the bottom of it.  It’s a shame that happened.

“It’s something we need to look at.  There’s no room to assess.  Other series assess time penalties at the end of a race which gives you time to discuss it, argue it.

“At the end of the day maybe that’s not written in the rule book, so the steward’s hands are tied in terms of how they can dish out penalties.  I don’t know all of that.

“Like I said, we need to talk about it, learn from it, understand why that happened and make sure it doesn’t happen again.”

The penalty was consistent with others given this weekend and at other races, but it wasn’t just the method which the penalty was applied that irked Rossi.

The 29-year-old American didn’t even feel that he broke the rules, insisting that he never took all four wheels over the white line.

“I put two wheels over the white line,” Rossi continued.  “You’re not allowed to go four over [the line].

“We need to discuss that, get to the bottom of it.  It’s a shame that happened.”

Rossi ended up battling his way up to second through a few other exciting battles with the top-runners.

He finished over 14 seconds behind the leader, but grabbed his third straight podium – a welcome run as the season nears its conclusion.

Even with the consistent results of late, he still sits in 11th place in the points on account of a run of bad luck in the first half of the season that he has struggled to fight back from.

Rossi will get another chance to fight for a win tomorrow for the second race of the double-header weekend at Indianapolis Motor Speedway.

And with conditions set to be much the same as Friday, his Andretti Autosport Honda should be strong once again.

Alex Marquez says he “never stopped believing” top results were possible during what has been a character-building maiden MotoGP campaign with the factory Honda team. Marquez put on an impressive

Chase Elliott repeated at Bank of America Roval 400 on Sunday at the Charlotte Motor Speedway Roval and claimed his third NASCAR Cup Series win of 2020. His second win

Nine-time World Rally champion Sebastien Loeb is set to make a return to the famous Dakar Rally for 2021. The 46-year-old has competed in the Dakar every year since 2016, only