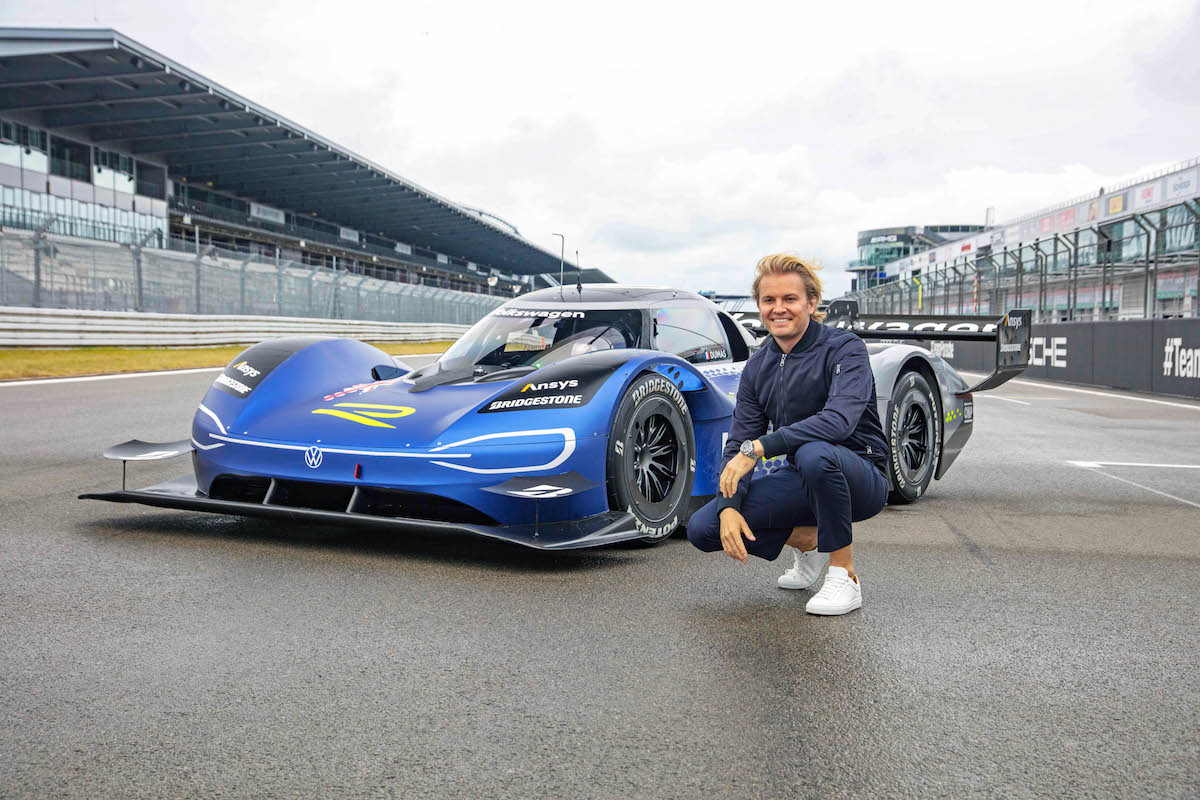 2016 Formula 1 World Champion Nico Rosberg took to the Nurburgring track last week prior to the Eifel Grand Prix, getting behind the wheel of the all-electric Volkswagen ID.R.

The car is the fastest electric vehicle to lap the Nordschleife layout, setting a 6:05.336 last year. It also holds the record at the Pikes Peak Hill Climb, which it claimed on its competitive debut in 2018, and the overall lap record on Goodwood Hill.

Rosberg has invested heavily in future, electric technologies since retiring from F1 at the end of 2016, and drove the ID.R for the first time last week.

Despite driving the 500-kW car in wet conditions during the grand prix layout of the Nurburgring, Rosberg was left impressed by its performance.

“It is a while since I have driven a real race car in the rain, but I immediately felt like a fish in water again in the ID.R. It feels fantastic to drive,” Rosberg said.

“The traction, the acceleration, the downforce – it was all very familiar.

“Compliments to the engineers at Volkswagen, who have done important pioneering work in the field of electromobility with the ID.R. Motorsport’s job is to change mobility as a whole.

“It should be the test and development platform, in order to transport technology into production. That is exactly what has happened with the ID.R and the ID.3. I could even imagine getting an ID.3 for my family.”

Volkswagen Motorsport Director Sven Smeets added: “We are delighted that Nico wanted to test our ID.R.

“The fact that our electric racer put a smile on the face of a Formula 1 world champion is great feedback and underlines the fact that electromobility can create a lot of fascination and emotion.”