Ricciardo: No ‘meme power couple’ with Norris at McLaren 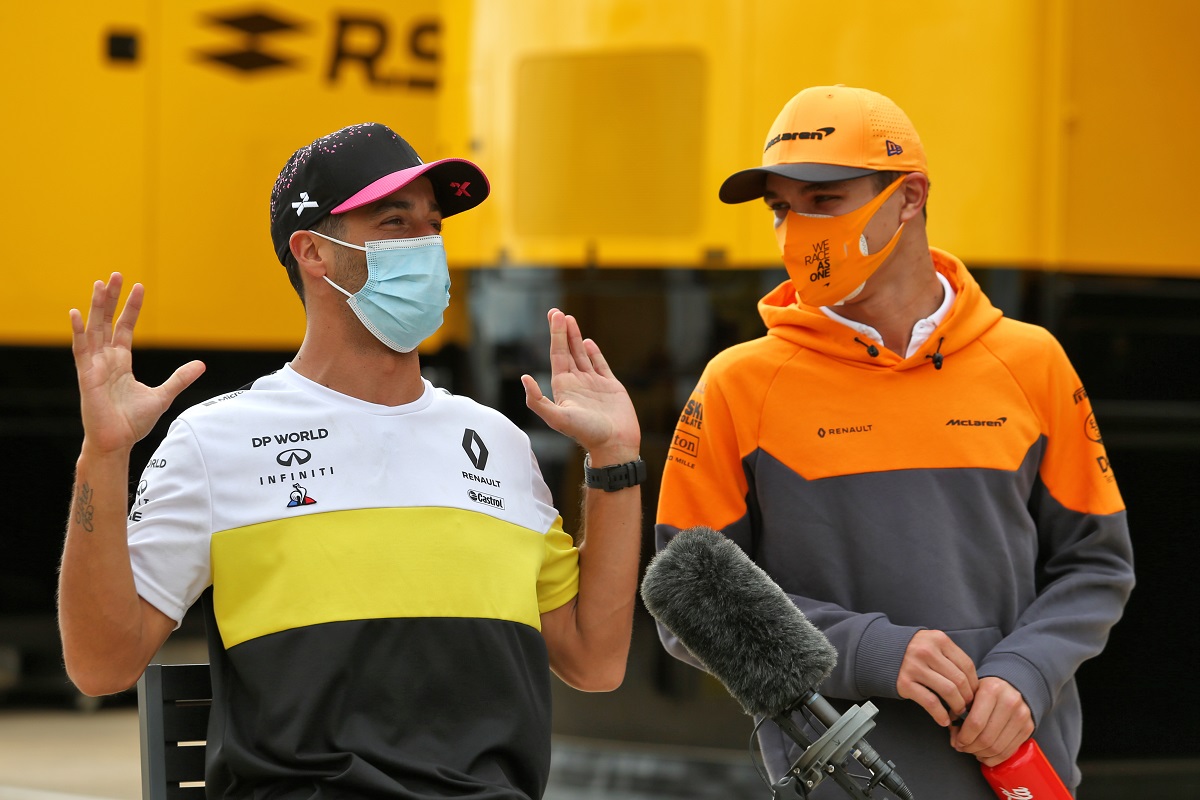 Daniel Ricciardo has asserted that he will not be part of a “meme power couple” at McLaren in 2021 when he teams up with Lando Norris at the Woking-based squad.

Ricciardo’s relaxed attitude towards TV and media duties, alongside Norris’ jovial social media presence, have led some to believe that the two will form a line-up filled with jokes and quips.

However, the Australian says that he is strictly joining McLaren to benefit his racing career, vowing that there will be no “comedy show” between himself and Norris.

“It’s something I want to reiterate to everyone watching, and every fan of McLaren in particular,” Ricciardo told Sky Sports F1.

“My personality won’t change so I think I do enjoy doing what I do… but I’m certainly not going there to be this meme power couple or whatever it’s described as these days.”

Last season, Ricciardo bagged his first two podiums at Renault, leaving the 31-year-old satisfied with his short contribution at the team.

“I can honestly leave here [Renault] feeling fulfilled,” Ricciardo said. “I think importantly, for myself, feeling like I contributed something back into this team.

“Really it was the podiums, and just to see the joy not only on my face but also on the team’s face. It had been so long.”