Renault wouldn’t be on podium without Ricciardo input 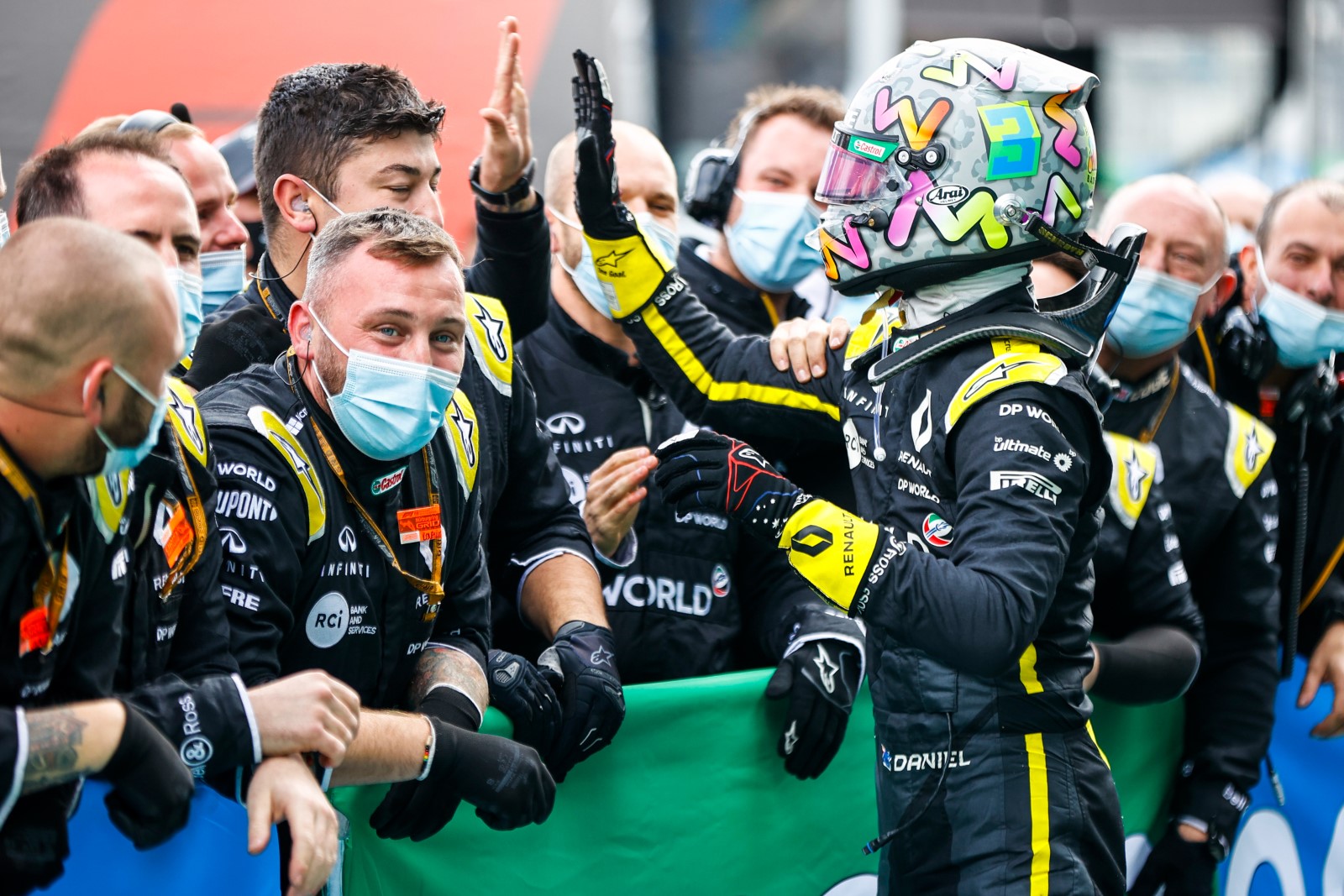 Renault boss Cyril Abiteboul says the manufacturer would not be where it is without the input of Daniel Ricciardo, who praised the Australian’s contribution to the team.

Renault has made strong progress through the 2020 campaign and after a couple of near-misses it scored its first podium since its Formula 1 comeback at the Nürburgring on Sunday.

Ricciardo joined Renault for 2019 but suffered a difficult first campaign and opted to sign for McLaren for 2021.

Abiteboul nonetheless heaped praise on Ricciardo’s efforts in propelling Renault into contention for trophies after a lean period.

“It was very important for everyone to keep the commentators at bay and show why it made sense at the time.

“Yes, it was disappointing last year. You could argue it was one year too early but there’s not that many opportunities to have a driver like Daniel who’s available on the market.

“I still believe it was the right thing to do at the time. The team wouldn’t be what it is today without Daniel.

“I’m even maybe thankful to the years we had together last year which was a very painful year which as pushed all of us, probably starting with myself, to take the measures we have taken, also with the team in Enstone, Marcin Budkowski and so on and so forth.”

Renault issued a terse response in May when Ricciardo’s decision to leave for McLaren was communicated but Abiteboul defended the situation at the time.

“Now we are finding ourselves in a much better position for this year and next year with Daniel capable of doing this type of thing,” he said.

“I know our communication was a bit negative when we found out he would not stay with the team at the time but it’s precisely because it’s because an honest, emotional, unfiltered communication at the time.

“Daniel is also being unfiltered and genuine in what he’s doing today with the team.”

Askew to leave McLaren at end of season
Rosberg samples ‘fantastic’ Volkswagen ID.R at the Nurburgring